Hundreds of species of bird migrate seasonally, covering enormous distances, urged on by irresistible instinct. Scientists have discovered the origin of this behaviour and the surprising ability of birds to ‘learn’ from their journeys.

The African skies are full of migrating species of birds that move, according to the season, from one specific place to another to mate, build their nests and reproduce and then return to where they came from. Storks, hawks, cuckoos, kingfishers and dozens of other species yearly set out on their epic journeys, regardless of the enormous distances and dangers.
When summer comes in the southern hemisphere bringing its rains, the trees echo with the call of the cuckoo: the usual call of the red-chested cuckoo (Cuculus solitarius) or the shrill call of the large-beaked cuckoo (Pachycoccyx audeberti), while the grasslands are coloured by the black and white plumage of the Abdim storks (Ciconia abdimii). 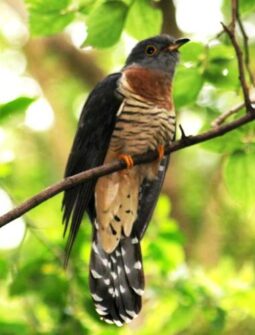 Some of them simply move to different altitudes (altitude migrators), while others migrate across the African continent (intra-African migration), such as the woodland kingfisher (Halcyon senegalensis) which moves from northern to southern Africa, arriving in Zimbabwe in October/November where its peculiar song is to be heard all along the Zambesi valley.
Others instead make longer journeys, starting from the southernmost regions of Africa, all the way to the northernmost regions of Europe or Asia (Palearctic migrators). Among these are the cuckoo and some eagles and buzzards like the common buzzard of the steppes (Buteo buteo vulpinus), or the better-known storks such as the white stork (Ciconia ciconia) that fly thousands of kilometres from one continent to another, across the Sahara Desert and the Mediterranean Sea. Some Palearctic migrators constantly travel around seven thousand kilometres while others, like the long-tailed partridge (Sterna Paradisaea), accomplish an exceptionally long journey of fifty thousand kilometres! 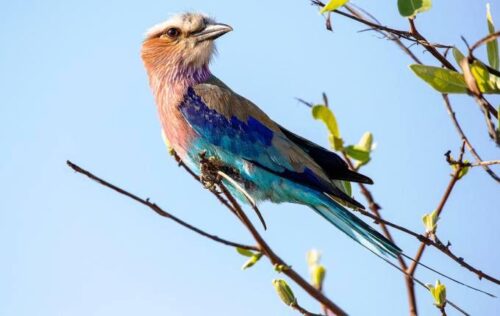 The migratory instinct of birds is irresistible, released by complex physiological changes induced by changes in the length of the day, the climate and the temperature, including, in some cases, the increase of predators or parasites, or the reduction of resources such as the availability of food. The physiological causes are mainly attributable to hyperactivity of the reproductive glands which stimulates the production of hormones, preparing the birds for the long journey. Hormonal hyperactivity stimulates hyperfagia which increases food intake and an increase of up to 50% in weight in the form of fat (though not so much as to hamper flying ability) in the smaller species.

Following airstreams
During migration, some bird species fly by the usual beating of their wings: these are generally the smaller species such as sparrows and swallows. Others, of larger dimensions, tend to use thermal updraughts created by the heating of the air by solar radiation and reflection of heat from the ground. 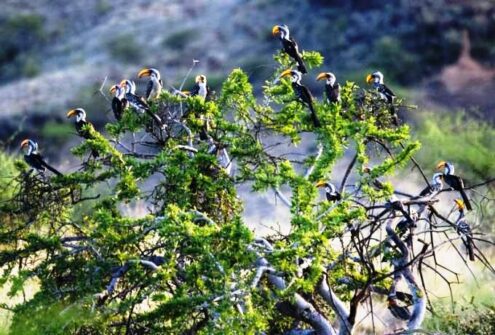 This particular technique results in a remarkable degree of energy saving, as much as 75%, when the bird, following the updraught, flies using its wings like sails, without having to flap them to keep moving: something like freewheeling on a bicycle. However, this method forces the migrators to follow overland routes (updraughts are created over the continents) that are much longer and more complicated than those of the smaller migrating birds. Furthermore, migration is confined to daytime when the sun warms the air. The small birds, on the contrary, despite their energy-intensive method of flying, travel more direct, shorter routes, travelling overseas and deserts.

Flight plans
Generally speaking, migratory birds land regularly to rest or to feed but here too they differ according to their species, size, their diet and their flying technique. The large sailing birds take off in the morning when the sun rises and starts to warm the land and the air, creating thermal updraughts, using the currents throughout the day and landing at night. The small birds, instead, prefer to fly by night when the temperature is lower and there is less dehydration. Small insect-eating birds manage to feed during flight while the seed-eaters, the storks and birds of prey have to land. But how do migratory birds find their way and every year manage to reach the place where they reproduce, returning home without ever getting lost? To us humans, who sometimes get lost, even in a city, this represents the most mysterious and fascinating aspect of bird migration.

The experience of the journey
Just as with all the more evolved animals, behaviour is the result of two components: instinct and learning, characteristics that are also seen in the migratory activity: the birds follow an inborn instinct but also learn from their elders. For guidance, they use the position of the sun, the stars, the prevailing winds, geomagnetism and inertial forces as well as topographical references, smells and sounds. Some of these elements are determined by instinct but others, such as land references, are learned by the older individuals that guide migrations they have accomplished dozens of times already. 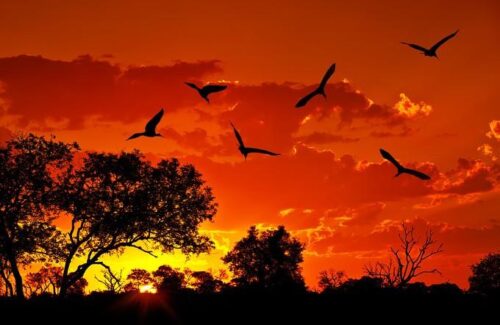 One aspect of migratory birds is their ‘internal clock’, which enables them to know the exact time of day and the right direction from the constantly changing position of the sun and stars. This ability, together with their ability to feel the earth’s magnetism, provides the migrators with a natural ‘compass’ which they use to find the right direction. Practically, we may say that instinct, their innate ability to use the earth’s magnetic field and their sense of time enable the migratory birds to know the right direction, but geographical references and experience enable them to know the right path and so unerringly navigate to and from their destinations.
These are fascinating creatures that we ought to look upon with more respect, looking forward to the day when we are again able to journey to our customary goals or indeed to new destinations.