The Recognition of Jerusalem as Israel’s Capital, and its Political Context, Has Ended the Middle East Peace Process.

One might be forgiven for thinking that far from shunning an interventionist foreign policy, as he promised during the 2016 presidential campaign, Donald Trump has been conducting someone else’s ‘diplomacy’. Since his election, Trump has offered important offerings to Benjamin Netanyahu’s right-wing government in Israel. Trump has fired Gen. Herbert McMaster and appointed John Bolton as National Security Advisor. Bolton is both the heart and soul of the neoconservative American interventionism. A month before President Trump announced the United States would formally recognize Jerusalem as the capital of Israel, Bolton wrote an article, advancing this relocation. Bolton suggested that the recognition of Jerusalem (as capital) would “not impair” diplomatic relations with Arab and  Muslim nations. 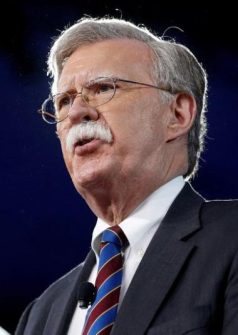 It’s no accident that Trump took this step, having also dismissed Secretary of State Rex Tillerson – perhaps the most ‘moderate’ face of the Trump White House – replacing him with hawk Mike Pompeo, until recently head of the CIA. Pompeo and Bolton together (the countdown for General James Mattis’s resignation from leading the Pentagon has begun) form a veritable war council.
They will discuss North Korea, of course. But, more importantly, Bolton and Pompeo will keep their gaze on the Middle East. They will no doubt terminate the international agreement on the Iranian nuclear program (JCPOA), which Trump’s predecessor, Barack Obama, signed in 2015. To the extent that Bolton is hostile toward Iran, he favors Israel.
A former Israeli defense minister, Shaul Mofaz, revealed in an interview with ‘Yedioth Ahronoth’ that Bolton had encouraged Israel to carry out air strikes against Iran. Mofaz refused, of course, as history has shown. But, Netanyahu may have taken Bolton’s advice. Netanyahu has demanded that the Iran nuclear agreement (JCPOA) be altered significantly (to the point that the Iranians would find it too onerous) or scrapped altogether – the solution of choice.

These changes reinforce Trump’s hostility to Iran and corresponding willingness to fulfill all of Israel’s demands. Naturally, Trump’s recognition of Jerusalem as the capital of Israel last December, represented a clear sign that the American president intends to pursue an even more idyllic relationship between Washington and Tel Aviv – or rather, Washington and Jerusalem. 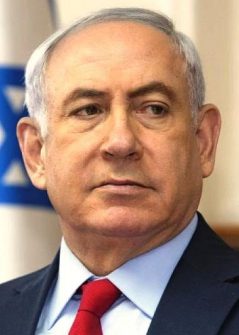 Moreover, in declaring Jerusalem as capital of Israel, Trump has also addressed the hopes of some of his most important voters: the evangelical Christians. The status of Jerusalem is one of the very highest priorities for this ‘community’. Trump is counting on the support of the evangelical movements.
The case could be made that he picked Mike Pence as his running mate for that very reason. The evangelicals have special demands in both domestic and foreign politics.
Trump must show love for Israel because evangelical voters represent the core of his small but united electoral base. The evangelicals were one of the factors that also advanced the presidency of George W. Bush – and it’s no accident, he embarked the United States on what many Arab countries have interpreted as another ‘crusade’. 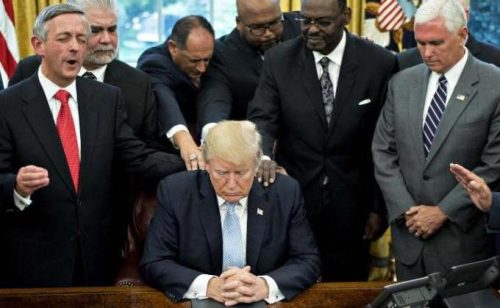 Trump must also address the interests of one of his most ‘generous’ campaign donors: casino billionaire Sheldon Adelson. It helps in this regard, that Trump’s son-in-law and Middle East envoy ‘factotum, Jared Kushner, have close ties to elements of the Israeli right and to the construction of settlements in the West Bank.
The decision has deepened the gulf that divides the Palestinian and Israeli populations. But it has also divided the international community. Many European States have expressed their concern, while Russia continues to sustain the Syrian government against a variety of regional forces, thwarting American plans. The Jerusalem ‘recognition’ also denotes Washington’s intent to regain prestige among its Middle Eastern allies, finding itself trapped between Tehran and Moscow.

Nothing Has Changed for the Palestinians.

As for Jerusalem and the Palestinians nothing has changed. Israel has occupied their territories since the June 1967 Six-Day War. They weren’t suddenly going to give them up. But, Israelis will interpret the Jerusalem declaration as a one more step validating the illegal settlements. It will encourage the takeover of more Palestinian lands. The Palestinians have few choices. Either they accept the decision apathetically or they react by calling for another intifada. Diplomatically, the Palestinian Authority (ANP) has already taken important symbolic steps. ANP president Mahmoud Abbas refused to meet U.S. VP Mike Pence when he visited the Middle East last January. 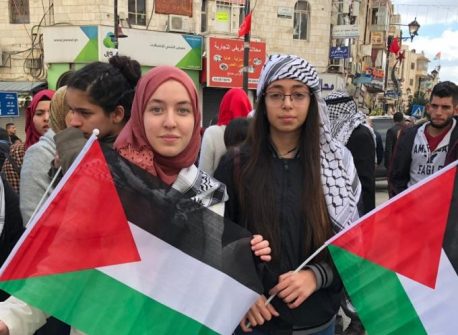 The trip confirmed that Trump has effectively disengaged from any ‘peace process’ that may (or may not) have existed in the Middle East. Indeed, Pence’s visit and the Jerusalem decision have prompted the ANP to look for new peace brokers. Nevertheless, Trump’s Jerusalem move, has put pressure on the Palestinians. There were initial protests and clashes in which a few Palestinians were killed already. But, the risk of terrorism has increased, as in the second intifada that started in 2000, when then leader of the opposition in the Knesset, Ariel Sharon, visited the Temple Mount in Jerusalem. Thus, Trump has made the region more vulnerable to wounds. The vulnerabilities extend beyond the civilians on both sides of the Holy Land.
The entire Middle East region has come under pressure; especially, governments, which Washington considers as allies. King Abdullah of Jordan has clearly become more vulnerable. He has lost his gamble in Syria, taking an anti-Asad stance – there has always been hostility between Amman (close to Riyadh and the Gulf) and Damascus. In the early 1970’s, Black September, tried to overthrow the Hashemite dynasty with the support of Syria – then led by Hafez al-Asad, Bashar’s father. Trump’s Jerusalem decision  has promoted the Jordanian parliament to pass a law to review the Kingdom’s peace treaty with Israel. 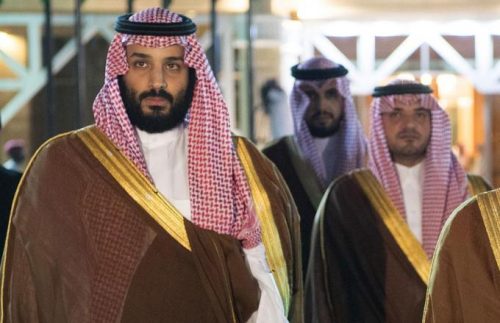 The Saudis are also facing some difficulties. Of course, they have played the Iran card, identifying it as a clearly a far bigger regional threat than Israel. Indeed, in March, the Saudis took a small but symbolically important step to show, they have better relations with Tel Aviv (or Jerusalem, depending on your perspective) than could be imagined: they allowed commercial flights, bound for Israel to use Saudi air space. Clearly, Trump could not have taken the Jerusalem decision without consultation with the Saudis. Jerusalem was no doubt an important topic of discussion when Jared Kushner visited Crown Prince Mohammad bin Salman in the summer of 2017. The Saudis, for their part, remain bogged down in Yemen. They also remain the custodians of the holy cities of Mecca and Medina. It’s no coincidence that they’ve adopted some ‘reforms’, bigger in public relations value than in practice, such as allowing women to get drivers’ licenses along with the granting of municipal voting rights.

The wars in Syria and Iraq along with the confusing foreign policy decisions from Turkey (in NATO, yet against U.S. and NATO goals in Syria vis-à-vis the Kurds), the isolation of Qatar, close to the Muslim Brotherhood and the continued fallout from the ‘Arab Spring’ and global economic crisis (which has also spread to Iran, as last December and January’s protests showed) have succeeded in keeping Arabs and Muslims in the Middle East sufficiently ‘distracted’ away from Jerusalem. Yet sooner or later, the problem will re-emerge.
The historical context suggests this is inevitable. UN Resolution 181 granted Israel independence in 1948. But, Jerusalem was not included. It had a special international status.  The Arab States challenged Resolution 181 and launched the first Arab-Israeli War after which Jerusalem was split. The Israelis gained control the West. The Jordanians got the East, which is where the famous and crucial Temple Mount rests. The Israelis would eventually gain control of the Temple Mount, the esplanade where two of the holiest mosques in Islam are located, In 1967 during the Six Day War. However, neither the UN or any country has ever recognized Jerusalem as the Israeli capital-until now, that is.
In 1979, Canada tried to shift its embassy from Tel Aviv to Jerusalem. But, times were different. OPEC was firmer and more effective in the wake of the 1973 oil crisis. Thus, when the Canadian Conservative Prime Minister Joe Clark used the Jerusalem recognition as bait to attract the important (and typically Liberal Party supporting Jewish community), it failed. Clark was ready to compromise Canada’s stance of neutrality in the matter of Jerusalem. 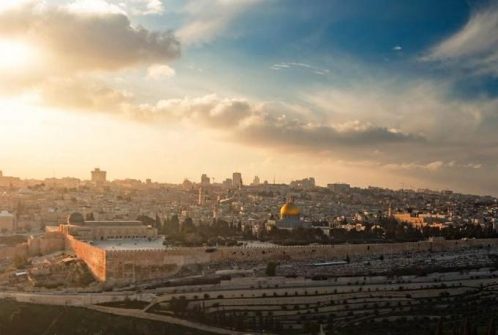 The Arab League threatened to apply such heavy economic sanctions against Canada that the country would have lost some two percent in GDP. Clarke promptly let go of the move. Yet the episode shows how different the Middle East region is today despite its surface similarities. The Gulf Arabs were more inclined to use their clout to advance Muslim and Arab nationalist goals in the 1970’s. In the present, these goals are lost amid unprecedented division. ‘Divide et Impera’ said the Romans (divide and conquer); and that is precisely, what the West has done to the region. Trump would not have taken the Jerusalem decision lightly. The security establishments would have advised him against it, strongly, if they had not made a calculus that the Arabs, more than unwilling to resist such a move, would be unable to do so.
When the Israelis captured the Temple Mount (al-Haram al-Sharif) on June 7, 1967, Minister of Defense Moshe Dayan ordered his troops to remove the Israeli flags, they had planted as a symbol of victory on the site.  Dayan understood the symbolism, noting “we don’t need a holy war.” For years, effectively until Sharon suggested the opposite with his ‘visit’, Israelis avoided the Temple Mount. They did so, even if religious tradition holds that it’s the site which once hosted the First and Second Temples. Muslims have worshipped there since the construction of the al-Aqsa Mosque in 705 AD.  It’s the third-holiest place in Islam. The risk of a ‘holy war’ has not disappeared. Palestinians suspect – and there’s good evidence, they are right given the evangelical base of Trump’s political support – that the Israelis want to destroy their mosques, replacing them with a reconstruction of the Temple. This has more significance in the United States than in Israel. American evangelicals believe that the Third Temple is a sign of the ‘second coming of Christ’ and the arrival of the Day of Judgment. The evangelicals have no interest in the ‘peace process’.