Thailand is now witnessing the disappearance of its myth as a ‘Teflon Country’, unmoved by any crisis and capable of regaining its solidity after temporary setbacks. Officially, such things are never due to internal reasons but only to international contingencies.

Apparently immune to what it sees as from outside, Thailand is occupied solely with presenting an image of a paradise for investors, a Garden of Eden for tourists and a free port for all profitable traffic. It is an image, or rather, a reflection of a reality that is now no longer sustainable. On the other hand, it is actually the Thailandese analysts and media that speak of ‘a lost decade’. Those years, from 2007 to 2017, saw the collapse of elective democracy, however unrealistic, and the advent of a situation having as protagonists the armed forces, determined to no longer be at the service of the elite but, as from May 2014, to govern the country in all areas. It was not an original situation, given the coups, successful or not, since 1936, the year in which the monarchy changed from being absolute to constitutional under pressure from a military dictatorship that effectively took control. 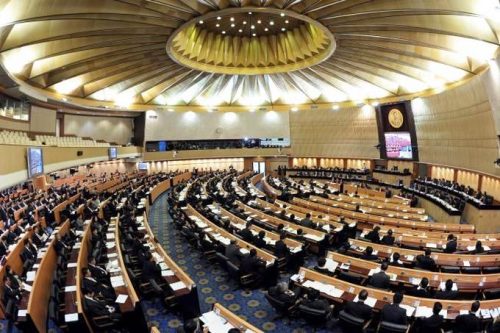 Thailand has not emerged unscathed from its more recent convulsions. Political uncertainty, tensions as well as ever-present accentuated nationalism, have alienated capital and investors. The outstretched hand of Beijing meets some of the needs of the regime but scepticism, corruption and suppressed participation cloud the official optimism. International opinion polls, analyses and tests show that, though it is still among the top ten in ASEAN (Association of South-East Asian Nations), with a strong industrial sector, Thailand is the country least prepared culturally to face change. The cocktail of openings for foreign capital, the availability of resources, a docile workforce and an infrastructure that launched the country without disturbing the internal status quo, now seems to have evaporated, bringing to light needs and problems that were avoided for far too long. 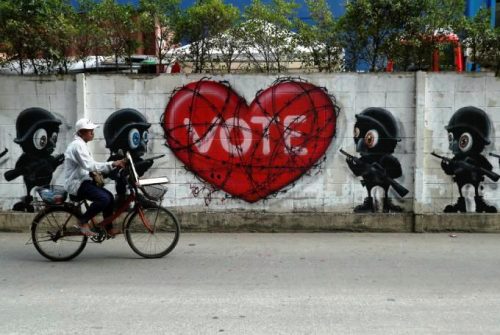 Nevertheless, unlike its more or less hagiographic past, the danger of recession is still real and social inequality is increasing. Not by chance, perhaps, the often optimistic data provided by the Ministry of Finance and noted by the economic journalist ‘Wichit Chantanusornsiri’ have shown that, in 2018, there were 14.17 million requests for government grants in a population of 67 million. Of these, as many as 7.3 million had an annual income of not more than 30,000 Baht (around 750 Euro). The opportunity gap is also growing. The Office for Political Finance notes that, in 2017, the top ten per cent  of earners in the population had an income 27 times that of the bottom 10 per cent (to be compared with 20.9 in 2000 and expected to worsen), making Thailand the country with the worst discrepancies in income and opportunities in the world. 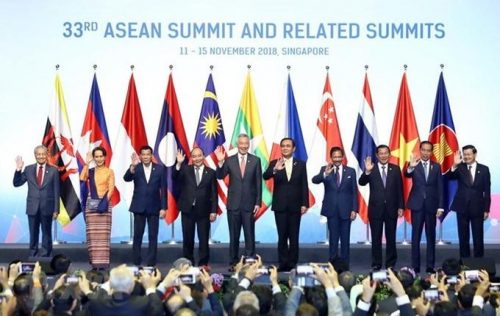 There is nothing to indicate any improvement with the cost of living on the increase, rising taxes and more job insecurity. Other data show the centralisation of resources in the capital, for example, and the different possibilities of having a good level of education due to the unaffordable fees for those on a minimum wage which, in the capital, is 300 Baht (7.5 Euro), and less elsewhere. Again, the concentration of the land in the hands of 10 per cent of the population is 878 times more than that held by the bottom 10 per cent, notes ‘Chantanusornsiri‘, and 0.1 per cent of bank deposits amount to 49 per cent of the total.
Among the ten ASEAN economies, Thailand is the least culturally prepared to take on the necessary changes which must, first of all, be cultural.Who should manage the changes? The men in uniform dominate the country today, leading it towards a ‘democracy’ which they propose as an alternative to that of the populist and corrupt civil governments that the military regimes ousted, but which has considerable limits with respect to its credibility. Since they took power, a large number of critics have been arrested, politicians of the former government parties, students, intellectuals and leaders of movements with different orientations are in prison or under close surveillance. 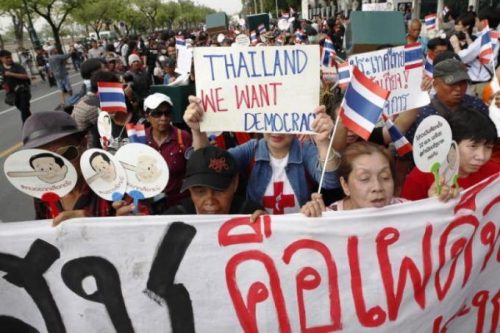 Non-authorised gatherings of more than five people are forbidden and reporting and condemnation are incentivised. Censorship of the media is more suffocating towards blogs and social media. After the criminalisation of the distribution or sharing of information not in line with the wishes of the regime, those who access these sites now run the risk of being accused and receiving severe prison sentences. The project for a single gateway to the global network has, and will increasingly have repercussions not only for civil liberties and human rights but also for the economy of the country which, while it would like to launch itself into a new era, instead finds itself in bottlenecks of technology and censorship in such vital areas as communications. (S.V.)

Agroforestry. Life back to the land.

Two projects, systems of agroforestry, are helping bring life back to the land  in Central America Rainforests are the most productive ecosystems on the planet, and…

Why Zebras have Striped Skins.

Long ago before people started taking any other animal apart from the dog, it was said that donkeys could also be tamed. This rumour was told…

October Is Missionary Month. Three Young Comboni Missionaries Share their Vocation Journey My name is Brother Alberto Lamana. I was born in 1971 in Zaragoza, Spain.  I…