It consists in a microcredit project for women and grants for school fees for about fifty young people. This is the concrete contribution of the Comboni Sisters to those wishing to build a life for themselves. A Costa Rican Comboni Sister Lorena Ortiz puts us in the picture.

There are signs of improvement in the refugee camp at Palorinya in the north of Uganda even though the refugees came here early in 2017 having suddenly had to abandon their homes in Kajo Keji (South Sudan) due to increasing violence and widespread insecurity. Now, at Palorinya, some families have succeeded in making bricks and building more dignified and secure dwellings. Others have opened small shops and in some areas potable water is more available since wells were dug with the help of some NGO’s.
Unfortunately, the weakest people and those with no families are now living in worse conditions than at the start: the walls are nearly gone and the plastic sheet that serves as a roof is full of holes and lets in the rain. With no protection from the weather, quite a few people became ill and some died. In general, families find it hard to improve their lives due to rising prices. They often have to sell some of their rations of food provided by the UN agencies. 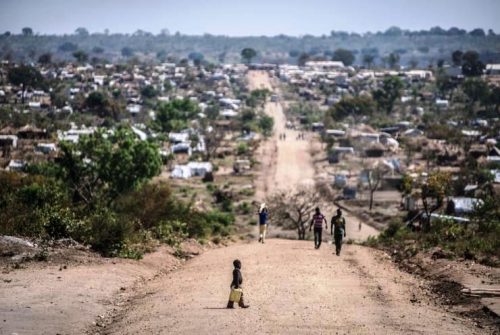 We Comboni Sisters are carrying out our mission of witness, evangelisation and human promotion just as we were doing in Lomin, in South Sudan, from where we were forced to flee in February 2017 due to the war. Maria, from Portugal, works with groups of women in the microcredit project. The women have a very hard life and many of them are alone, abandoned by their partners or widowed. It is the women who usually bear the burden of the family and assume the roles of both father and mother. 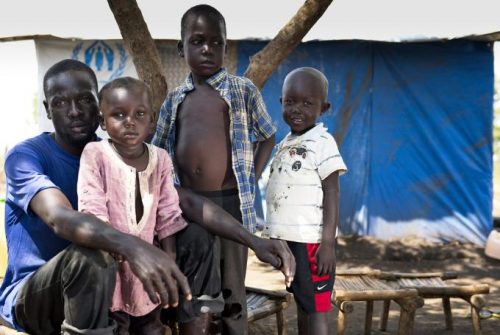 The microcredit project is giving cause for hope: the women are given a small loan with which they buy what they want to sell and so make some profit. They then refund the money which is, in turn, given to other women as loans to begin their activities. This method has turned out well in promoting the women since it makes them independent and it gives them creative and dignified work. It motivates them and makes them feel no longer alone and helpless but able to do much for themselves and their families. 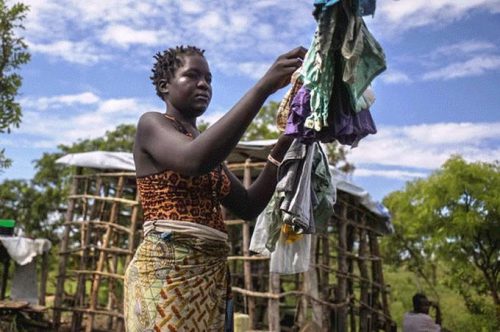 For my part, I run the Malala Project to finance secondary school for about fifty young people. We also provide them with breakfast and lunch. We also provide them with solar-powered lamps so they can study at home where they have no electricity. Many students have to walk two or three hours every day to and from school. They leave home around five in the morning, walk for several hours and then attend classes until five in the evening. They do this without having any breakfast as they cannot afford it. They reach home around seven or eight in the evening. It is obvious that such a routine will not produce the best results and so we started the Malala Project. The problem is that there are many students and we cannot help them all. I find the words of Mother Teresa who used to say: “What we are doing is but a drop in the ocean but if we didn’t do it, the ocean would have one drop less.”