A voice that  radiates all the moods and colours of Africa.

She is one of the brightest stars of contemporary pop. A rather limited description in that her music is a combination of the Gospel music she grew up with and the soul music of the masters, the real old jazz-blues and danceable funky, with electronic experimentations that, for many, are an echo of those of Laurie Anderson. Laura is English (born in Birmingham), but she is first and foremost a citizen of the world. This is shown by her Afro image and her documented Caribbean origin to which we must add her marriage to a former Congolese schoolmate. 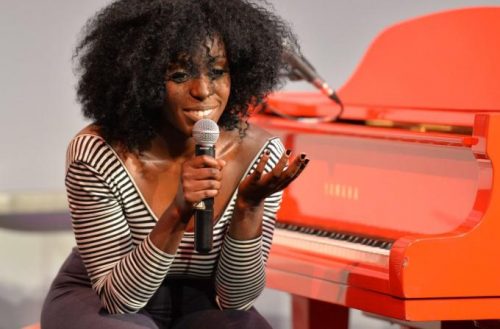 While the impact of her songs on the music world seems to be packaged according to Western tastes and groupings, her voice radiates all the moods and colours of Africa: especially those brought to the Caribbean by her forefathers, together with the tragic results of slavery. It was perhaps for these reasons that she grew up listening to Gospel music, the sort of music that, more than all others, succeeded in embodying the sufferings of generations of transported slaves, their prayers, their hopes of freedom and their profoundly all-embracing, and therefore carnal, spirituality. 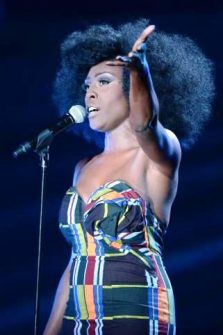 Success came suddenly and — something not to be taken for granted — she was immediately approved and shared by the world of critics. Her success was hard to manage partly due to some difficult comparisons: the new Nina Simone, Minnie Riperton or Amy Winehouse. Her popularity helped to release her from a painful trauma: her parents’ divorce when she had just turned twenty, followed by anxiety and depression which her music gradually healed, transforming her into one of the brightest stars in contemporary crossover pop. Last June her second record was issued, an album that concedes nothing to the easy banalities of chart pop, preferring to explore and interchange, crossing avant-garde modernisms and reminiscences as old as her roots. 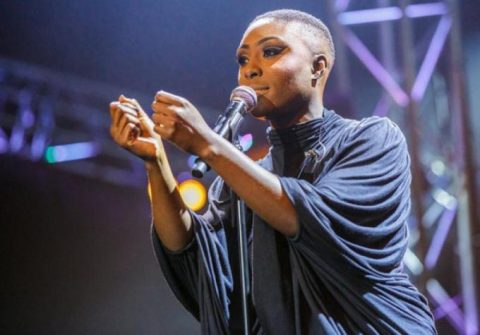 Eighteen songs that seem to reflect all the strivings and hopes of her interior world and, equally, the world revolving round her. She was supported in its production by such prestigious personalities as producer Nile Rodgers, guitarist John Schofield and even the famous London Symphony Orchestra.
The lyrics reflect her anxieties and values: the incalculable value of small gestures of love, such as the struggle for the civil rights of African Americans. This is a record full of stylistic suggestions and nuances, suggesting most of all the therapeutic potential of music for all disturbed souls.