A country where injustice and impunity reign. A government that threatens the Church. Youth in search of a better future. An interview with Mons. Miguel Sebastian, Bishop of Sahr in the south-west
of the country.

“We have here the government of Idriss Déby Itno, President since 1990, a government that does what it likes. The sufferings of the people are increasing. There are ethnic conflicts everywhere which are a total disaster in the east. There is widespread conflict between pastoralists and farmers, not only in the south”, says Mons. Miguel Sebastian, Bishop of Sarh, in the south-west of the country. 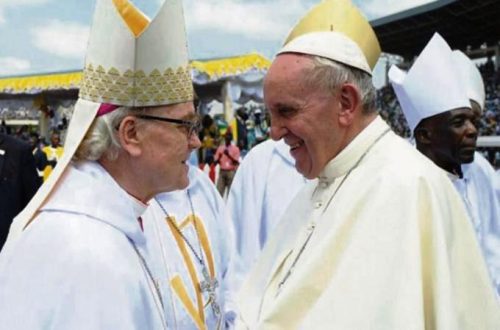 The Bishop continues: “ People speak of a ‘democratic’ country just because elections are held. In reality, it is a despotic regime supported by the military. The citizens are very disillusioned, almost desperate. While doing the rounds of the parishes, everyone spoke to me of injustice. The people can take no more. Impunity is the order of the day. Then, many young people leave the country in search of a better future abroad. Many go to Sudan as they say there is gold there. They abandon their villages and create a crisis in the local economy”.
From a political standpoint, there has recently been a change in the leadership of the opposition. The leader is no longer Saleh Kezbabo but Sande Ngaryimbe, the head of the Union for Renewal and Democracy (URD), a party founded by Wadel Abdelkader Kamougue, the historical opponent of the regime.
Mons. Miguel Sebastian comments: “ It seems to me that the new leader has taken a conciliatory attitude towards the government. However, the real issue is that the opposition and civil society may cry out, criticise, and condemn, but nothing changes. In the diocese of Sarh we have reconstituted the Commission for Justice and Peace. And we will act. We will not remain silent but condemn.  We shall use the community radio, Radio Lotiko. Violence leads nowhere but our voice will”. 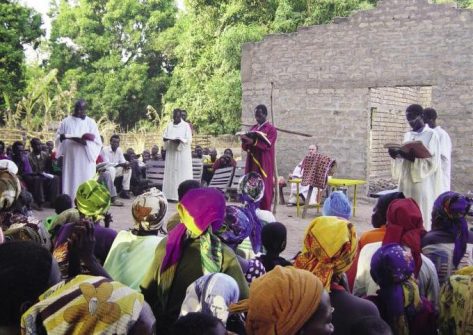 The Bishop of Sarh does not spare France in his criticism. “It is present everywhere, especially militarily in the war against the Jihadists, but also at the service of N’Djamena. As a matter of fact, the civil authorities take advantage of this to label as a terrorist, anyone coming down from the north. This is how it receives help from the USA but especially from Paris”.Speaking of the involvement of the Church, he says it must go ahead despite the threats of the president. “It must not give way. For example: the last time we bishops intervened to ask for a constitutional referendum to approve reforms, President Idriss Déby turned against us. He even threatened us, stating that he would not tolerate a similar initiative again. He also accused us of writing messages that were too critical. He really did threaten us. In our Christmas message, we bishops of Chad once again analysed the situation of the our country, a real catastrophe, and we denounced what is not right and brought our own little light to call everybody to build a better Chad. We especially called on Christians to be bearers of hope. In this time of general discouragement, hope must mobilise our forces, both individual and communitarian because Christian hope is dynamic”. 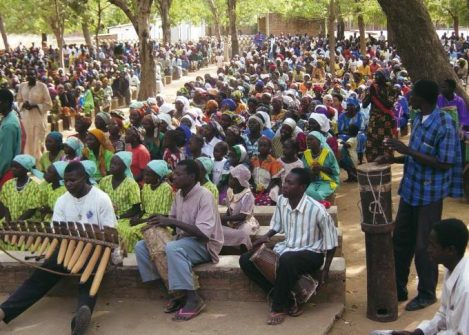 The diocese of Sarh has an area of 57,000 Kms. In a population of 1.5 million, the Catholics number about 13%. There are 32 diocesan and 26 religious priests serving 21 parishes. Mons. Miguel Sebastian has been Bishop of Sarh for nine years. Previously, he was Bishop of the diocese of Lai, for 16 years. He was one of the first Combonis to go to Chad in 1977. “From a pastoral point of view, the main problem is that of vocations. The priests are very few. When I visit parishes, everyone tells me to send them some priests. Vocations pastoral is a priority of mine.
It is not normal that such a large diocese, founded 58 years ago, should be short of priests”. 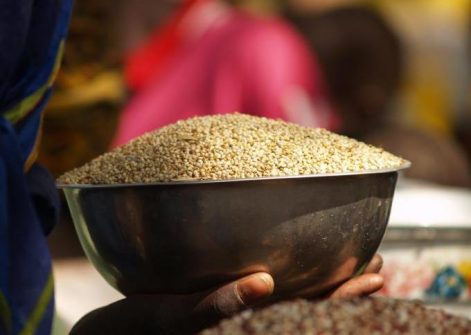 Speaking of the priests, he says: “They are very generous. The people want them and follow them. As a result, they are very active but not contemplative enough. We have a problem of spirituality. I speak a lot with my priests, preaching retreats for them and making it easy for them to meet me. The second problem is that many priests live alone. We cannot go on like this since the dangers are great and the temptations very strong. Nevertheless, they live in very difficult social situations. The presbyteries are a disaster: old buildings, badly maintained. There is a great shortage of finance. The priests have very old cars but do not complain. The real problem is that if we are not rooted in the Lord, we cannot work well”.
Looking to the future, Mons. Miguel Sebastian says: “We must continue being the voice of the suffering people. On our part, we are determined to continue. As we wrote in our last Christmas message: we Bishops call upon all Christians to be bearers of hope and peace”.