Four hundred years ago, a group of black slaves fled from the Spanish Crown to Cartagena de Indias (Colombia) towards the centre of the country in search of liberty.
They founded San Basilio de Palenque, a village that would become the first free territory in colonial America. To this day, they maintain their traditions and with them their African roots.

Cartagena de Indias is one of the most visited cities of Colombia. Doubtless, the most popular photo among tourists is that of the Palenqueras, women dressed in the colours of the Colombian flag, skilfully balancing on their heads baskets of fruits of all kinds. Even though these women belong to the colonial city, their name shows their true origin: San Basilio de Palenque.
In this village, located about 40 km from Cartagena, no colonial monuments or large buildings are to be seen – only traditional houses built of mud and palm branches. The roads are not paved and the dusty streets are freely used by people on motorcycles, adults and children, dogs, hens and even pigs.
From the courtyards of one of these humble dwellings comes the sound of drums and a catchy refrain: “Be happy with coconuts and aniseed… I bring homemade happiness… come and buy from me!” That is how the Palenqueras call out in the streets of Cartagena, Leonel Torres sings during a practice run by the Estrellas del Caribe, one of the more representative bands that play Palenquera music.
One of the instruments they use is the tambora, of African origin, made by hand and one of the symbols of the champeta criolla, the musical genre par excellence in this territory. 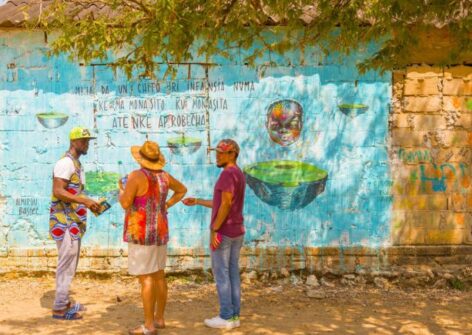 Even though its inhabitants number only 4,500, San Basilio de Palenque has a proliferation of musical groups, some of whom are internationally known such as Estrellas del Caribe, as well as Kombilesa Mio Sexteto Tabalá. In this Afro-Colombian corner, music is found everywhere and serves to affirm the origin of their forefathers. Scenes of men playing the tambora or the marímbula combine with the image of barefooted women and children dancing energetically.
Among the Palenqueros, music is a means of communication and expression that they use all their lives. When they greet one another, they do so with the famous lumbalú, a ritual of the African ancestors that includes songs and dances that are a part of their identity.
The lumbalú is a special way of saying goodbye to the dead and it is carried out in a festive atmosphere to ‘celebrate’ the passage of the beloved to another world. Usually these events last nine days and nine nights, which correspond to the nine months of pregnancy. In their prayers, the Palenqueros invoke the orishas, African protector spirits. Even though it is a religious rite, the lumbalú originally has a component of resistance, given that the black slaves would sing and dance to forget the pain of humiliation inflicted by the Spanish colonisers.

A free people
In the XV century, the Spanish Crown brought the first slaves to these lands. They were mainly from the Congo, Angola and Guinea-Bissau, the main original countries of the Palenqueros. The main entry port was Cartagena de Indias where, around 1600, an anti-colonial movement began in which people with African roots began to show their desire for independence and liberation. The first flights of the cimarrones – runaway black slaves – had the aim of founding a free country, a ‘palenque’ which really means, ‘a settlement of runaway blacks and their descendants who fled from the slave regime during the colonial period’. The only ‘palenque’ still existing today and where the African heritage is preserved, is that of San Basilio, founded more than four centuries ago by Benkos Biohó, the leader of the revolution, the first to escape from the clutches of colonialism and to reach the territory, at the beginning
of the XVII century. 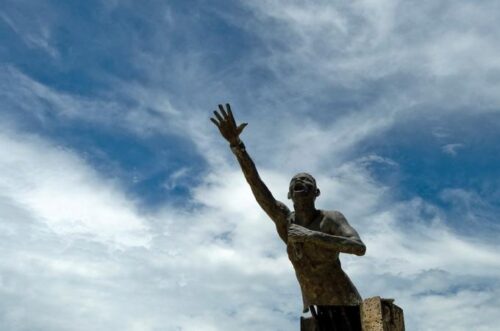 Monument in memory of Benkos Bioho, he was the founder of Palenque.

In 1603, Benkos Biohó signed an agreement with the Crown that he would, presumably, be free to walk to Cartagena de Indias, an event that marked the start of the recognition of freedom for Palenque.
“In fact, Benkos was deceived and when he was called to go to Cartagena, he was captured and hanged”, John Salado, an expert on Afro Colombian history tells us.
It was not until 1713 that the Spanish Crown recognised Palenque as the first free city of the Americas. During the process of liberation, an Italian priest, Antonio María Cassiani who bore the image of San Basilio, played an important role. For this reason, it was called Palenque de San Basilio or San Basilio de Palenque. 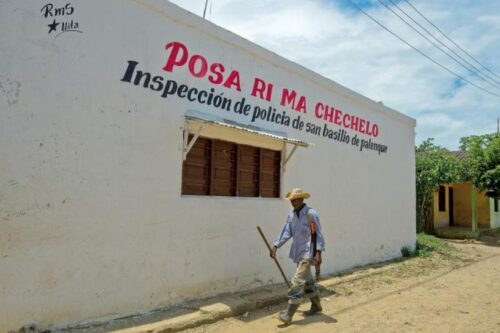 It was in that period and due to the need for communication that the Palenquero language emerged, a Creole language created from Spanish and elements of native African languages. “The aim was to create a common language for the enslaved people because, though they were all from Africa, they were from different countries. They say uepa to say ‘hello’, or asi nawue, to say ‘that’s how it is'”, Salgado informs us.
There were also other means of communication that were less obvious and original: hairstyles which then communicated a message. Salado tells us how “the women’s hairdos were maps that indicated the routes to be followed by escaped prisoners to reach Palenque”. They also used their luxuriant hair to hide gold or seeds”, he adds. Today, the Palenqueros still remember the importance of this communications technique that so greatly helped in the creation of their territory. This is borne out by the famous song ‘Los Peinados’ by Kombilesa Mi.

Social organization
From the social point of view, the Palenqueros have a particular system. Their ancestral territory is administered by a community council called Ma Kankamaná, the highest authority in organisation and social administration. Its purpose is to improve the lives of the inhabitants of San Basilio. In the view of Elías Antonio Sierra Fernández, a lawyer and sociologist, admirer of Palenquera society, “The community council functions as a house of representatives where political and administrative decisions are taken. Furthermore, the council is governed by its own values which are responsibility, honesty and tolerance… always respecting the Palenquero culture and identity”. 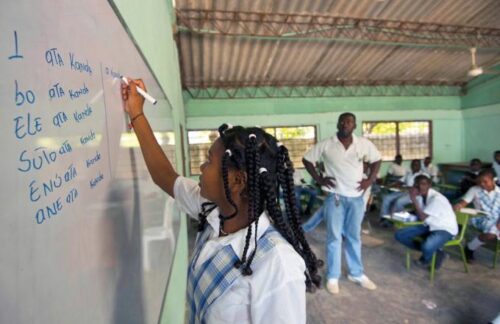 Ma Kankamaná was created with the intention of administering the collective land property which belongs to the whole community. This particular is reflected, for instance, in the concept of collective property which means that any of its inhabitants may cultivate it without paying anything in exchange.
At the level of the individual, from adolescence onwards, every Palenquero belongs to an organisation called the kuagro; this is a group of people of the same age whose members render mutual help of all kinds, both economic and sentimental. “Your kuagro can help you to pay a debt or find a partner. It is a more concentrated nucleus of the family itself; it is a second family”, Elias Antonio Sierra Fernandez explains.

Dishonour as punishment
One of the more surprising elements of Palenquero organisation is its security system that consists in the fact that the Colombian police cannot enter the territory of San Basilio de Palenque except for extremely urgent reasons and with permission. The Palenqueros have their own officers, the Guardia Cimarrona which is based on a traditional security system. “They are volunteers and are not paid by the government. The idea is to have an independent security system to maintain our tradition. They are very much respected people. They use persuasion to make the members respect the laws. It is a direct heritage from their ancestors”, says John Salgado.
The most curious thing in this system is that the sanctions are moral and are reflected in social behaviour. “If anyone steals, they are socially punished and the community itself cuts them off. This causes shame; it is a system of values and not of repression, in line with tradition”, Elías Antonio Sierra explains. 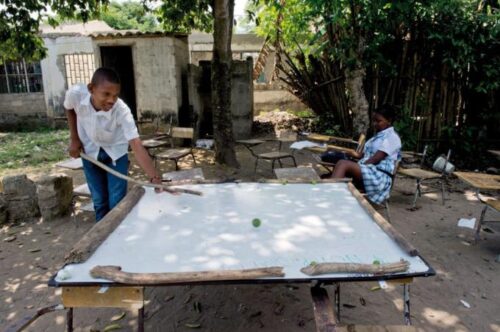 The special nature of the territory of San Basilio de Palenque results in the “Colombian government ruling it as a community without intervening directly. The Palenqueros have a special social regime, permitted by the national authorities which they see as a way of compensating for the harm caused during the epoch of slavery. Colombians feel they are indebted to San Basilio de Palenque and its community for all that happened in the past”, Elías Antonio Sierra continues.
Today, San Basilio is not qualified to be a commune but the Colombian government is endeavouring to designate it a ‘special commune’ to help the community to obtain greater political and financial autonomy, something that would amount to a considerable improvement of infrastructure, for example.
The four-hundred-year struggle of the Palenquero people has been a manifestation of the resistance that at that time marked the start of a journey to freedom for other slaves scattered throughout the Americas. By means of their beliefs, their language, their music and their own security system, this ‘piece of Africa’ that in 2005 was declared by UNESCO as an ‘Intangible Cultural Heritage of Humanity’, still resists in the Caribbean region of Colombia.