She manages the Damien Hospital, the only specialized facility to treat leprosy, tuberculosis and AIDS in all of southern Bangladesh. An Italian medical doctor, and a Missionary Sisters of the Immaculate Congregation missionary, Sister Roberta Pignone manages the Damien. She spoke to us about her work and faith.

Khulna is the third largest city in Bangladesh. It lies along the banks of the Rupsa and Bhairab rivers (about 130 km south-west of the capital Dhaka) in the Ganges delta region.
Some 1.5 million people, who typically work either in agriculture or the textile industry, live in its metropolitan area. Yet, many merely survive, working as casual workers and living in overcrowded slums amid widespread poverty. Sister Roberta comes face to face with this poverty on a daily basis at the Damien Hospital, which she has managed since 2012. And the ‘face’ she sees is often disfigured by leprosy, also known as Hansen’s Disease. “That’s right. Although the World Health Organization (WHO) declared Hansen’s disease eradicated in 1998, it is important for people to realize that in 2020, leprosy still exists in Bangladesh, and new cases are constantly being recorded. I diagnose one a week,” says the missionary. 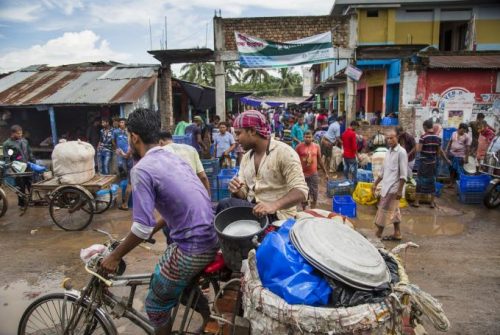 Today, an ignorance of the issue among patients and medical doctors themselves, has aggravated the situation: “A poor man who manifests the symptoms of the disease, also considering that the incubation period might be as long as thirty years, has no idea how to recognize them. And when he turns to the doctor, he is told that he is suffering from an allergic reaction or to a neuropathy…. Thus, the man gets ‘treated’ incorrectly for years, and the correct diagnosis comes when it’s already too late, “explained the missionary. “Together with the relevant NGOs, we recently organized a meeting with the Prime Minister to raise awareness of the institutions. But the impression is that leprosy is not among the country’s priorities”. Thus, prejudices remain strong: “If I send a patient to a government hospital, he/she won’t be admitted because of a fear of becoming infected …”. 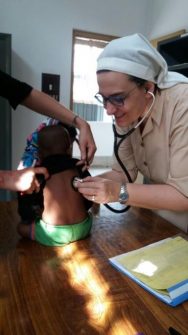 The only specialized facility in southern Bangladesh, therefore, is the one run by the missionaries of the Immaculate Congregation, which admits patients from villages, located even five or six hours away. And not just leprosy sufferers. In 2001, tuberculosis patients -and, since 2012, people co-infected with TB and HIV / AIDS – were admitted. Three nuns work at the Damien Hospital, which has 33 beds: “a local sister works with me; she manages the distribution of medicines. And then there’s an Indian sister, who is head nurse”. There are also 38 lay-people, 28 of whom actually work in outpatient clinics throughout the rural villages in the area around Khulna, which stands on the edge of the forest. They treat tuberculosis patients in the clinics or at home, also providing, where necessary, food or blankets for the winter, and only the most serious cases are hospitalized. 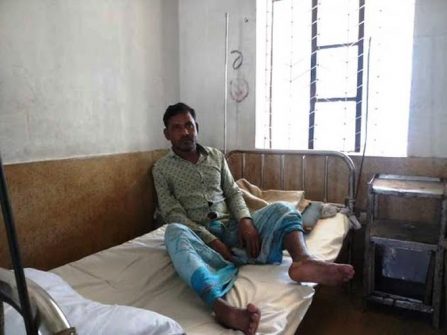 The hospital staff is multi-religious: in addition to Catholics (which in Bangladesh account for 0.3% of the population) there are Muslims, like the vast majority of Bengalis, and Hindus (an important minority, given they account for 10% of the population). “We start the day at eight o’clock with prayers, each according to their faith,” says the missionary, who adds: “Today there is much talk about dialogue: we practice it daily. Beyond the different faiths, we all share the same desire to take care of our patients as best as possible”.
This is, of course, the essence of Sister Roberta’s mission. Indeed, the missionary believes that medical care also means human proximity to hospital patients. Sister Roberta notes that “hospitalized women often talk about their living conditions in a context where the status of women is unquestionably lower than that of men. There is the husband who gets rid of a sick or sterile wife and marries another. Then there’s the one who asks her to come home, even if she has leprosy or tuberculosis, because she has to take care of the mother-in-law. And there are arranged marriages in which a young girl is forced to marry an older man, who demands she wear the burqa, and that she not leave the house … I cannot to bear to hear these women’s stories without feeling disturbed myself. I don’t say anything, but I feel a fire burning inside myself when I think about what they must endure without even considering the possibility that they could live a different life….I often hear them say: ‘Well, it’s normal that this be the case, it is normal for my husband to beat me: I am his wife after all!’ … I try to make them understand that this should not be so, and I’m glad when they come specifically to talk with us: to find an outlet. But changing the dominant mentality is not easy to change. Sometimes, I listen in silence and then in the evening, in the chapel, I bring it all with me in prayer”. 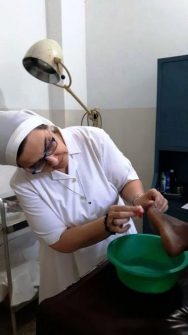 Sister Roberta becomes emotional when talking about Emanur, an HIV-positive child, who was hospitalized years ago for TB. “Having been treated for the first time, he returned to his village where he lived with his grandparents and older brother Aminur. But the tuberculosis came back and it was resistant to drugs. So, we hospitalized him, along with his brother, for a year and a half, appointing a teacher for him. But I began to wonder if there was something, we could have done for the child’s future. I said to myself: ‘If I send him back to the village, he will die’.
Just at that moment of bewilderment, I met a volunteer, Rudy, who runs a family home in Khulna. I introduced him to Emanur, saying: ‘We must give this child a future!’ Thus,  for the past five years, the two brothers have lived in Rudy’s facility. They are 14 and 24 years old and have grown up well, and happy”. 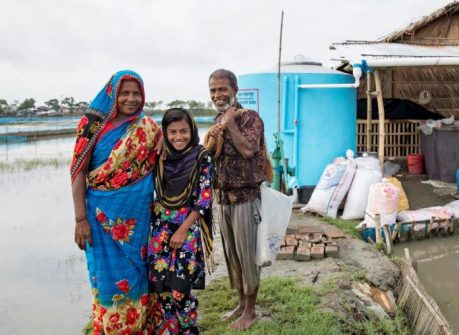 While all of Sister Roberta’s commitment begins from her encounter with Jesus, in her daily life she cannot speak openly about it. “I speak of Allah, that is, of God, but I announce the Gospel through my life. These patients, who are the lowly of the Earth, whom nobody shall ever treat, can always find a second home, and free assistance. Always. A leprosy patient who feels cared for, touched, sought after – seeing as we phone those who don’t come for their regular therapy – experiences a selflessness that raises questions, and which can help in altering a widespread utilitarian mentality. Above all, I want my life to become the testimony that for everyone there is a cure, and that for everyone there is hope.” (C.Z.)