The diocese of Ciudad Guzmán in the Mexican state of Jalisco has recently celebrated 50 years of its existence. Father Juan Manuel Hurtado López, a Mexican theologian, who spent 17 years in the diocese accompanying the indigenous communities of Tseltal, Tsotsil and Mestizo in southeastern Mexico at the Church of San Cristóbal de Las Casas, presents the missionary dimension of this local church.

Being a Missionary Church means leaving one’s home, one’s security, customs, habits, or ways of doing things and leaving like Abraham for an unknown place, to take another course in life. It means carrying a message that is not one’s own but that of ‘another’ who is the one who speaks, the one who gives the message, that is, Jesus Christ. It is the message of the Good News of the Kingdom. I believe that my experience in a Missionary Church can be described on the basis of five keys.

First key:  take off your shoes.
The problem for us mestizos is that we believed we were the centre of culture, of society, of what happens. We think we are always the required reference for doing anything. That just as we do things, so they should be done; this is the norm. We have always walked with the belief that Spanish is the language here in Mexico where things need to be said. Other languages ​​are ‘dialects’, so we think. In fact, this is what most Mexicans say.But there are 65 indigenous languages ​​in Mexico, most of them older than Spanish.
They have their own grammar, syntax, prose, and spelling. They have their own dictionaries, their own myths, and their own narratives. There are living peoples who carry these languages ​​as subjects. 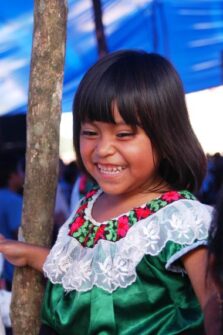 In the case of the Mayan languages, we are talking about a universe of 30 languages ​​in southern Mexico and parts of Central America. And the Maya are one of the top civilizations of humanity that has lasted 1,000 years, from 50 to 1050 of our Era. The Maya have their own spirituality, their own rituals and their own myths. From that stream, they drink and feed to fight for their needs. They have sought God for 30,000 years or more and have expressed Him in various ways. God’s name has also changed. They express it as Heart of Heaven, Heart of Earth, Creator, Buyer and in other ways. We see this theology expressed in the Popol Vuh, in the Mayan Altar, in the planting of candles and in various rites and myths. Entering these peoples and that culture, for me, meant taking off my shoes to understand a little bit the human, spiritual and philosophical journey of their culture and civilization. It was to experience God but in a different way. A key element is the integrated and non-dichotomous nature of their philosophical and theological vision: there is no inside and outside, corporeal and spiritual, sacred and profane. Indeed, the very dimension of time has another connotation: it is not measured in hours. Things last as long as it takes to do them, even if they last many hours: a prayer, solving a problem, an encounter. The mass must not last forty minutes or an hour. It can last 3 to 4 hours if necessary.

The Second key: inculturation
A culture is like the rainbow in which each of its elements finds its meaning, interpretation, and explanation: language, time, person, life, death, God, man and woman, earth, sky and evil.
This requires a lot of listening, a lot of patience, walking with people for years, and learning their language. It requires the attitude of not asking for explanations in advance, first you have to walk with people, with communities, and on the road, the right time will come to ask the question or wait for the answer. Learn from their life and how they relate to it so as to deal with it. 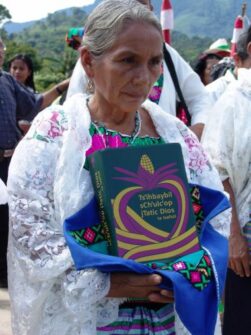 This means moving towards the geographic and existential peripheries.
It demands on our part that we do not impose our Western culture, our way of understanding and building the Church, the way of assuming services and responsibilities but respect the time that communities need to find solutions.
This key of inculturation poses the challenge of thinking and starting from the conviction that one can live one’s life by incorporating elements of other cultures: in customs, ideas, thoughts, concepts, in the experience of God, in spirituality, in the way to live the Church, over time, in the organization.
You understand that you can drink from God’s unique wisdom, beauty and holiness, but poured into different moulds which, like rays of light, reflect the totality of sunlight, reflected through a crystalline polyhedron.

Third key: walking with a synodal Church of assemblies, of agreements
In the Church of San Cristóbal de Las Casas all heads and officers are elected by the Diocesan Assembly: the Vicar General, the Episcopal Vicar of the Pastoral Care, the Chancellor, the Vicar of Justice and Peace, etc. The bishop is offered a rose and then chooses one. Another example is the Third Diocesan Synod. 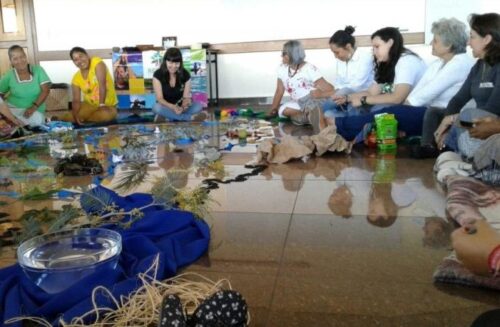 From the stage of awareness and awareness to making the Synod, through the Parochial Assemblies, the Teams and the Diocesan Assemblies, all the materials, themes, songs, rites, the main theme, the motto and the symbols have reached each member of the 2,500-strong community of the diocese. It was truly an ecclesiogenesis based on the six proposed themes: the indigenous Church, the liberating Church, the evangelizing Church, the servant Church, the Church in communion and the Church under the guidance of the Spirit. All the agreements and guidelines were made in a diocesan synodal assembly. This synodal experience has marked the diocesan pastoral plans, the plans of the teams and parishes and missions; it marked the plans of the commissions and of the areas.

Fourth key: walking in a ministerial Church
Arriving in the diocese of San Cristóbal de Las Casas, something that is immediately found is the ministerial Church, the servant Church.
There are the Presidents of the Hermitage, the Deans, the candidates for the diaconate, the deacons, the adult catechists, the zone leaders, the zone coordinators, the captains of the celebrations, the health workers, the promoters of Indian theology and the Agents of Pastoral animation
and coordination. 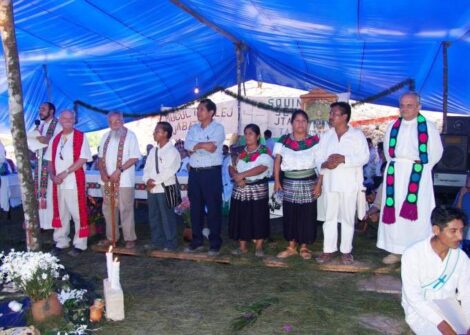 All with various and different responsibilities. This requires us to take off our shoes again from the model of the Church where the priest does everything and decides everything. It is taking another walk, sharing, participating, and respecting the different services and ministries.
This means that you are not the only one with ability, who knows, who decides; you are part of a whole; the others also contribute to the journey, to the pastoral process.
It is not a question of imposing a method, a line, or an agreement. The world of servers is contributing with their path, in their style, with their time, and respecting their culture.

Fifth key: walking with the Church, listening and discerning the signs of the times
I’ll just give two examples of listening to the voice of the Spirit. San Cristóbal welcomed 40,000 refugees due to the internal war that Guatemala was experiencing due to the military dictatorship of the 1980s. It gave them shelter, food, and land to work.
And the second example is the mediation of Conai (National Intermediation Commission), chaired by Don Samuel during the war between the Zapatista Army Of National Liberation (EZLN) and the Federal Government. 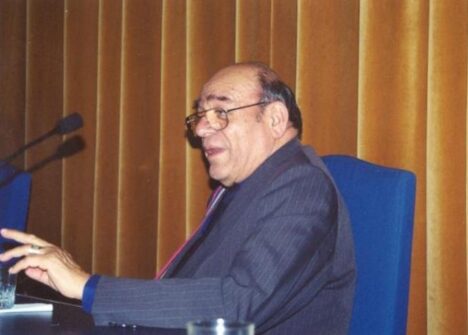 Bishop Samuel Ruiz of the Diocese of San Cristóbal de las Casas, Chiapas, from 1959 until 1999.

With this, Don Samuel avoided thousands of deaths and achieved a cease-fire twelve days after the start. And finally, the function of the believing people, its prophetic function in the line of Don Samuel Ruíz García who is attentive to all events and announces and denounces. With these five keys, we get closer to what we mean by a missionary Church. And this is what Francis proposes with the outgoing Church, a Church that goes towards the geographical and existential peripheries. So … you have to take off your shoes!