Among the Borana people marriage is preceded by several stages and long negotiations, which can go on even for two years.

The boy’s father takes the first step by visiting the girl’s parents, on this occasion he brings them some tobacco and coffee as gifts. The girl’s parents accept the gifts the first time but on the second visit if they don’t want to marry their daughter to that young man, they will refuse any other gift and will inform the boy’s father about their decision.
If they accept the gifts it means that they are favourable to this marriage, as long as their daughter agrees; if she does not, negotiations
and visits are suspended. 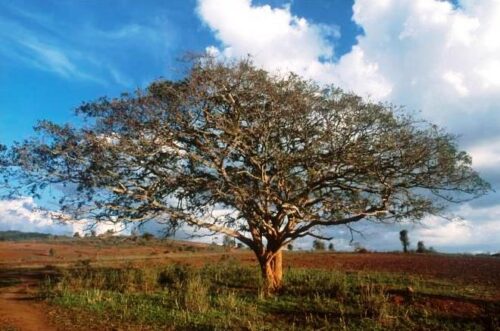 The girl’s parents also organise a Kadda, which is a family meeting to examine if there are all the necessary conditions for the marriage between the two young people to take place. For instance, a person of Sabbo ethnicity can only marry another one of Gona ethnicity.
If there are all conditions and all family members approve, negotiations between the two families will continue, and they will be facilitated by the gifts offered by the groom-to-be.
One of the most important phases in a marriage preparation among the Borana people, is the  Buni Ayana or Buni Dageti, which is the occasion when the boyfriend, who is accompanied by a friend (jalla) goes to the girl’s home. The boy, before entering the house, sits in front of the cattle fence and waits for the return of the cows from pasture. He brings two bundles; one contains coffee berries and the other one some tobacco. When the cows come back from pasture, the boy enters the house of his girlfriend’s family and sits in a place prepared just for him, the Golo BuIa, he addresses himself to the girl’s father and the most important members of her family and says, “Abo intalla na ken”, (Father, give me the girl).  He repeats the request to all family members three times and each of them answers: “Dageti”, (I have heard you). After this formal request, the wedding date is set. On the wedding day some women build the hut for the spouses. They start at dawn. The hut, which is called min includes a bedroom (Dibu Fuda) and the place where fire is lit, and where the couple will eat and receive guests (Bada). While working, the women sing, and remember their own wedding, and the feeling of nostalgia for their mothers’ love. At about four o’clock in the afternoon the hut is ready. In the evening the groom arrives on a donkey loaded with household furnishings. A respectable groom must bring at least 15 indispensable items, such as the Elebuna, the pot used to roast coffee beans, the buni bowl (Qori), and the wooden goblet used to drink buni (Budunu buna). As soon as he arrives, the groom enters the house and prepares some buni which will be drunk during the prayer.

Gola. The screen
At nightfall, the groom leaves his new home, accompanied by his inseparable friend. They bring several pounds of coffee berries and tobacco. They wait for the return of the cows and then they go to see the bride’s parents. They will spend the night in their hut behind the gola,
a sort of screen.
At about nine in the evening a series of rituals are performed, only family members attend. The groom offers his father-in-law the tobacco and the coffee berries he has brought. Eight of the coffee berries are roasted over fire, the bride’s father eats two of those and drinks the milk which has just been milked three times. Then he passes the cup to his wife. This ritual sets the seal on the new ties between the groom and the girl’s family, and from that moment on, the mother-in-law is not supposed to look into the groom’s eyes anymore. 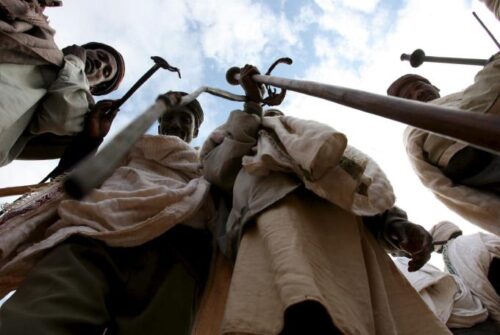 On this occasion the girl’s family members give some advice to the groom about his future married life. The suggestions to the bride
are given privately.
The father tells the girl: “Daughter, we gave you to this man, because God created man for woman, and woman for man. Now your husband has all the rights over you. When he comes back home, get him something to drink, if he is hungry, make sure the food is ready. Do not betray him and respect him as you respect your father”. The same suggestions are given by her mother.

Fuda. The wedding rite
Early in the morning, the bride, who is helped by her mother and a girlfriend, wears her wedding gown, the gorfu, which is made of cow skin. Her hair is greased with butter. A jar filled with milk is tied onto her hips, the bride then is also given a stick (sike), a small perfume bottle (kif) and a comb (fila). When everything is ready, the girl’s parents give their daughter to her husband, they bless the couple and then addressing the groom they say, “Take care of her, do not let her starve and make sure you can always provide her with clothes. Go in peace”.
The couple drinks some milk from the chichio and then they head to the cattle fence of the groom’s family. Upon arrival, the bride sits on a cow skin while the groom assisted by his father, kills a young bull according to the rakho ritual. Meanwhile, the groom’s mother combs the bride: she does three small braids on her head; then everybody enters the new hut, while the bride’s parents kill a calf and put a strip of its skin (medicha) on their daughter’s wrist. This ritual marks the end of the wedding ceremony. (P.C.)