One year after the General Election, the country still remains in a political crisis. The combination of a health crisis (Coronavirus) and a political dispute could be extremely dangerous for the country.

The Malawi’s five High Court Judges sitting in Lilongwe as Constitutional Court on 3 February  2020 delivered a landmark ruling that annulled the country’s May 19, 2019 presidential elections. The presidential elections case was brought to the Court by the Opposition Malawi Congress Party’s (MCP) president, Lazarus Chakwera, and the United Transformation Movement (UTM) president, Saulos Chilima, who came in second and third in the polls respectively.
The ruling which was highly welcomed and praised by many analysts including millions of voters, means that President Peter Mutharika is not an elected leader but is in the position in an acting capacity until fresh elections are held.
This ruling, however, has not only changed the political landscape but has also plunged the country into a political and constitutional crisis with the incumbent president Mutharika and the Malawi Electoral Commission (MEC) refusing to accept the Constitutional Court orders. 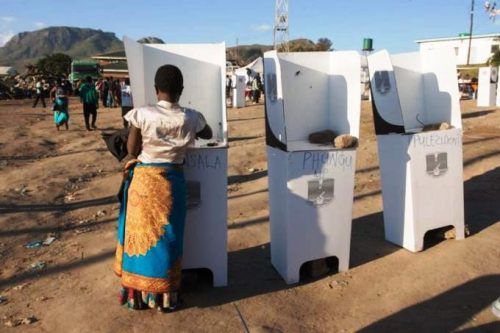 Among other things the Court ordered Parliament to amend the Parliamentary and Presidential Elections Act and that fresh elections be held within 150 days from the day of the ruling, and that a fresh presidential election be held on 2 July). It also ordered Parliament to assess the MEC Commissioners whom the court found to be incompetent and accused of mishandling the elections. The Court discovered that it was wrong for the MEC to tamper with the presidential tally sheets with Tipp Ex, a correctional fluid, in many polling centers, especially where Mutharika was not popular.
In line with the Constitutional Court orders, Parliament passed four bills one of which is a bill that sets a date for the fresh elections and another one that allows for the 50+1, in which a winning party is supposed to get 50%+1 of the votes.
“This ruling will completely change the political landscape”, said Mustafa Hussein, Political Lecturer at the University of Malawi, Chancellor College. Hussein said the country will “now see political parties forming alliances so that they meet the Court order that any party in future must get 50%+ 1 of the votes”. 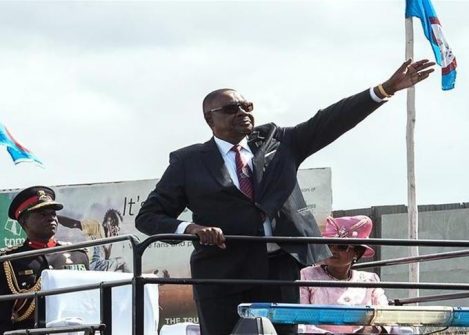 But Mutharika and his MEC Chairperson Jane Ansah are having none of this. Ansah is refusing to resign despite the fact that the Court found that her and the MEC failed to manage the elections properly.
The president and the MEC appealed to the Supreme Court to have a stay order and also to have the whole ruling overturned but the Court quashed the stay order appeal which would have allowed the MEC not to conduct fresh elections.
To plunge the country further into a deep political crisis, Mutharika has refused to assent to the four Bills that Parliament sent him towards the end of February. He has also refused to sack the Commissioners as recommended by the Public Appointments Committee (PAC) of Parliament, who the Court found to be incompetent. Speaking through his spokesperson, Mgeme Kalirani, Mutharika said he has not assented to the bills “because they are in conflict with the Constitution”. And on the failure to fire the MEC commissioners as recommended by the Public Appointments Committee of Parliament, Mutharika argued that he would not fire the commissioners because they were not given ample time to defend themselves. 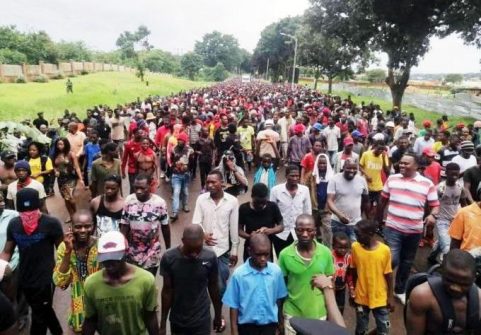 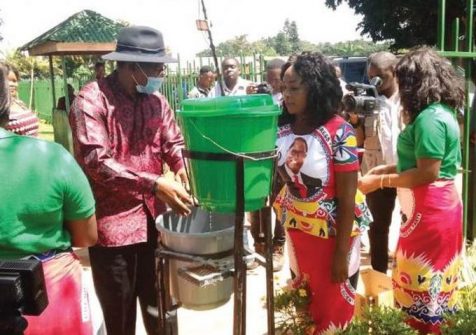 The University of Malawi’s Chancellor College Dean of Law, Sunduzwayo Madise, told the media that the Parliament can table the bills and have them be sent back to the president for the second time. But before they do that they can discuss the reasons given by the president not to assent to the Bills.He said however that Court orders must be respected and that “Parliament has the power to take the matter back to the court for more orders in the event that the elections fails to take place within the stated 150 days as ordered by the Court”. Ironically, Mutharika and his ruling Democratic Progressive Party (DPP) are preparing for the fresh elections and have already started campaigning. His party has entered into an electoral alliance with the former ruling party the United Democratic Front (UDF) whose leader is Atupele Muluzi, a son to Bakili Muluzi, former president of the party and State. Behind the scenes so many things are happening aimed at how parties can maneuver each other in the coming elections. Mutharika would like to see the same MEC commissioners organize the elections while the opposition and millions of Malawian voters are opposed to the move. 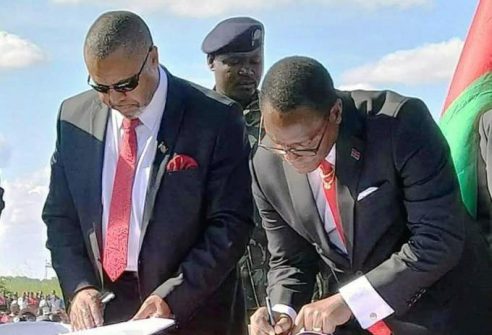 The main opposition parties, the MCP and UTM have also formed their own electoral alliance and they have been joined by five other opposition parties aimed at defeating the DPP/UDF alliance in the coming fresh polls.Since May last year the country has been witnessing nationwide demonstrations demanding the resignations of the MEC chair and commissioners. The demonstrations were and are still being organized by the Human Rights Defenders Coalition (HRDC) whose leaders are currently on bail on charges against overthrowing the government.
But the three HRDC leaders, Timothy Mtambo, Gift Trapence and MacDonald Sembereka are all denying the charges and have vowed to carry their demonstrations further to State Residences, should Mutharika continue refusing to sign the Bills, which he has, and failing to fire the MEC chair and Commissioners. It now remains to be seen what Parliament will do in the wake of the President’s refusal to sign the bills. 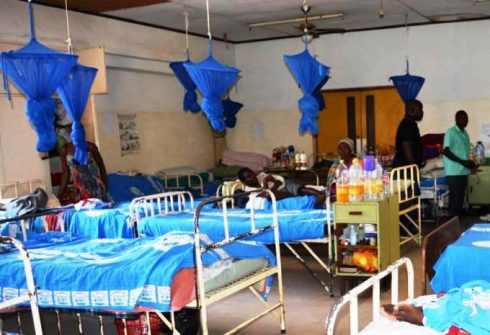 Meanwhile, at the beginning the April the government has declared the first cases of Coronavirus in the country. The health system is very weak and poorly resourced. Only 20 people a day can be tested for the virus, and there are just 25 intensive care unit beds and seven ventilators in the country of more than 18 million people. Since February, however, the government has been racing to curb Covid’s arrival. It has wheeled out a £24m preparedness plan, suspended international flights, banned weddings and gatherings of more than 100 people, closed schools and universities, and is making people arriving from Europe, China, or the US to self-isolate. According to the Ministry of Health, 4,603 people who have entered the country in the past few weeks are ‘under surveillance’.