The  presidential election of 2019 will be a crucial test for the Arab world’s democratic laboratory.

While it will take place at the end of 2019, the Tunisian presidential elections will be one of the most significant political events in the Arab world. They will be the twelfth general election since independence from France and the proclamation of a Republic in 1957. Perhaps, more significantly, they are also second free and democratic presidential election since the so-called Jasmin Revolution (the event purported to have launched the wider season of political revolts) in 2011. Therefore, they represent a litmus test for the new democracy in the only country where the social turmoil of the ‘Arab Spring’ has flourished.
And the election is not all about jasmines and roses. Tunisia faces significant challenges that threaten the survival of its democracy.
Nevertheless, two main parties have emerged from the ‘Spring’ of 2011. And perhaps, that has contributed to establishing a foundation for stability and a Constitution (adopted in 2014). While other parties are forming and gaining some ground, the Tunisian political game features two main players: al-Nidaa and Ennahda. The former has brought together former members of Ben Ali’s ‘Constitutional Democratic Rally’ (Ressemblement Constitutionnel Democratique/RCD) and assorted secularists. The latter are ‘moderate’ Islamists led by the once outlawed Rachid Ghannouchi, who returned from exile in 2011. Thus, the essential contest is a dialectic between Islamists and reformed members of the defunct Ben Ali regime. 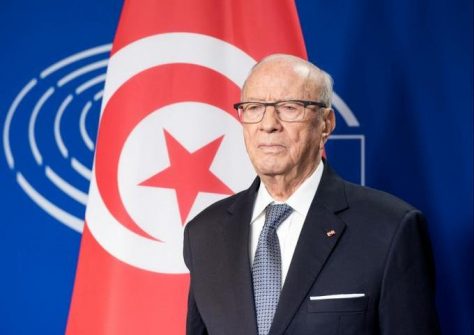 Incumbent president Beji Caïd Essebsi (al-Nidaa) – who served important posts in the previous regime, including a stint as foreign affairs minister in the early 80’s – will turn a less than youthful 93 years of age in November, which is just about when the election will be held. Essebsi is the first Tunisian president to be elected democratically – or, under the new system – and he’s also the founder of the al-Nidaa Party (meaning ‘The Call’). Analysts have described al-Nidaa as an ‘umbrella’ party, grouping together various secular political factions under one roof to better challenge the Ennahda Party, dominated by Islamists. Yet, infighting within al-Nidaa has led to the formation of a new Party, ‘Tahya Tunis’ as announced at the end of last January.
Tahya Tunis, meaning ‘Vive la Tunisie’ (‘long live Tunisia’ in English). Ostensibly, the new Party will enhance the secularists’ chances of victory against Ennahda. But, voters may not appreciate the policies – marked by austerity measures, promoted by the new formation and its technocratic and meritocratic young leader Youssef Chahed.
President Essebsi, who in accordance to the Tunisian Constitution, should play a more ceremonial than executive role – in a similar manner the Republic of Ireland – became the most powerful de-facto political figure, because he is also the leader of the Nidaa Tounes party. Indeed, while al-Nidaa split on political grounds, the weak ‘link’ in what is arguably North Africa’s only democracy is the economy. 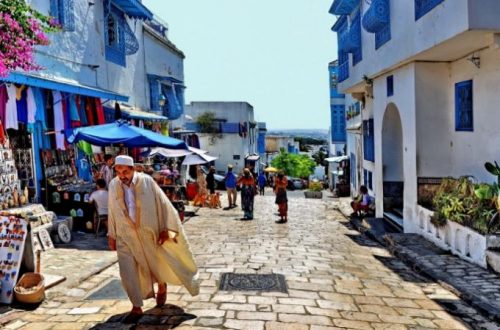 Many Tunisians, feeling ever more worried about the lack of growth and unemployment would prefer the President and the Prime Minister would do less bickering – over the responsibilities of their respective roles – and took more decisions about the direction in which to steer the country. Such a scenario leaves the road wide open to Ennahda, which could exploit the social and economic turmoil to its advantage. Therefore, the secularist parties – now split – face an important challenge.However democratic, Tunisia has become since 2011, the country’s democratic transformation faces significant economic setbacks. The Jasmin Revolution may have begun with the protest of an angry young man, who burned himself alive to protest against his helplessness in December 2010. Yet, since that infamous episode dozens of Tunisians have continued to douse themselves with gasoline and setting themselves alight. One of the latest such episodes occurred last December 26. In January, Tunisians filled the streets in all of the main cities to express their anger over the government’s austerity measures, which seem to address more the needs of the International Monetary Fund (IMF) – focused as they are on cutting the deficit – than those of the people. The monetary policies of the new budget law, which entered into effect on January 1, have predictably cut subsidies and forced prices and taxes to increase citizens took to the streets in at least ten cities to protest against austerity measures, which caused taxes and prices to rise-Diesel fuel and internet usage rates as well. Before the budget went into law, the government had promised Tunisians that it would only target luxury goods. Instead, it has included necessities and even food. In the Arab world such measures have always sparked protests and riots. In fact, it’s possible to argue that more than signing an unpopular peace with Israel, Egyptians grew more furious with President Sadat (murdered in 1981) when he removed subsidies from basic food products in 1979. The riots that ensued left hundreds dead. 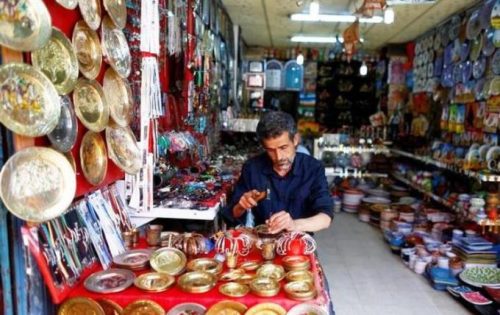 In other words, the rules of the political game may have changed, but the socio-economic conditions that inspired the revolts of 2010-2011 have not. That gives the opposition Ennahda something to use as leverage to capture the widespread dissatisfaction. After all, Ennahda was the big winner in the first years after the Arab Spring. It was only when Mohamed Brahmi, leader of the Popular Front secular party, was murdered in 2014 that Nidaa Tunis put enough pressure on the ruling Ennahda Party to resign from power.
Ennahda and Nidaa Tunis have become more complicit in ensuring they maintain a duopoly that keeps others out of the power game. In fact, the first Chahed government, established in 2016, was one of ‘national unity’, enjoying the backing of both main parties. Yet, even after Chahed’s efforts to transfer more power to the government and away from the President, there are no guarantees for the secular factions in the 2019 political elections. 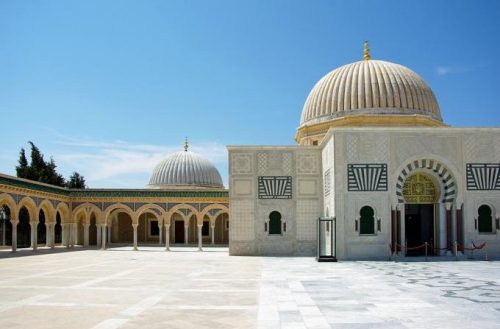 That’s because over the past eight years – that is since Ben Ali resigned and fled the country,  Tunisia’s experience with democracy has been more tortuous than virtuous. The results have been mixed at best. Yes, Tunisia has managed to prime the machinery of democracy, holding regular presidential, legislative and municipal elections and – more importantly – honoring their results. Yet, the budding democracy has not resolved any of the problems that led to the protests of 2010-2011.
The rural poor and urban underclasses have nothing to show for gain from their new democracy. How else to explain that Tunisians were among the most prominently represented among ISIS combatants in neighboring countries?
Yes, the Jasmine Revolution has opened up the press and reduced the intrusion of the dreaded security services (mukhabarat). But, inequalities have remained the same as before. They may even have exacerbated, because while the intelligentsia can at least appreciate, at the intellectual level, the benefits of freer thought and politics, youth, even educated ones, and the rural classes have not experienced any material improvements in their standard of living. Crucially, no Tunisian government, whether led by Ennahda or al-Nidaa, has been able to create enough jobs-at any level of education. In other words, Tunisian democracy has failed expectations. And democracy, as noble as it is a philosophical concept, can only work in the long run if it’s matched by economic growth. 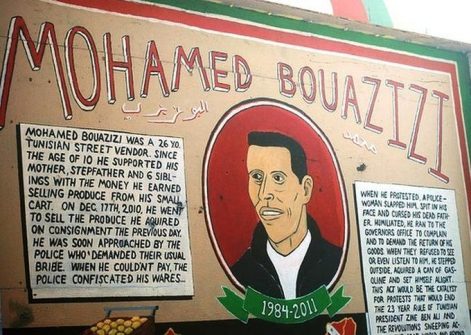 Western European democracies in the post-WW2 era flourished, because the new political pluralism was matched by unprecedented economic growth and the social services of the Welfare State from free basic medical care to free or affordable higher education and plenty of jobs. In Tunisia, if the upper urban classes can appreciate the end of the dictatorship, the rural classes of areas like Sidi Bouzeid – where the Mohamed Bouazizi set himself on fire in December 2010, sparking the Jasmine Revolution – have not seen any socio-economic benefit. If anything, salaries have dropped.
And that means that the Tunisian democratic experiment is not yet out of the fire. The 2019 elections, therefore, represent an important litmus test for the future of democracy, and not just in Tunisia; but in the whole Arab world.