The issue of the redistribution of the land is splitting South African society and could deeply impact the economy of the country. The government and the ruling party, the African National Congress (ANC), are pushing in that direction, but they have still to prove that this reform will help the development of their nation.

According to Foreign Policy, in 2015, one out of two citizens of the country was classified as ‘poor’; to be precise, the poverty rate was 55.5% of the population. According to official data diffused on 30th July 2018, the unemployment rate in South Africa is at 27.2%. This situation is pushing South African authorities to find a way to lift those people from poverty and unemployment. The expropriation and the redistribution of the land owned by white farmers seems to be the solution they found. 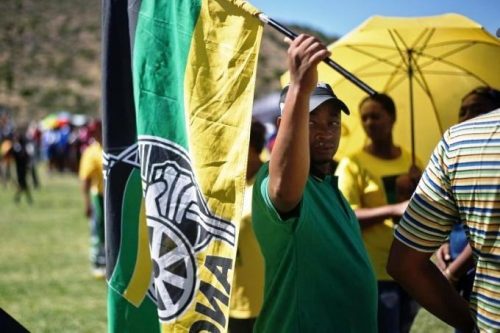 When it gained power for the first time at the end of apartheid regime in 1994, the ANC launched a land reform programme aimed at transferring 30% of arable land from white farmers to black owners in five years. The project was based on the ‘willing seller, willing buyer’ principle. That is to say, the government buys the land from white farmers who are willing to sell to distribute it to black people. But this process has been slow. As of May 2018, only 8% of the land was owned by black farmers.
In the latest years the ANC position on this issue seems to have changed. In December 2017, during the 54th party conference (which choose Cyril Ramaphosa as leader) the ANC officially endorsed the idea of an expropriation of the land without compensation. 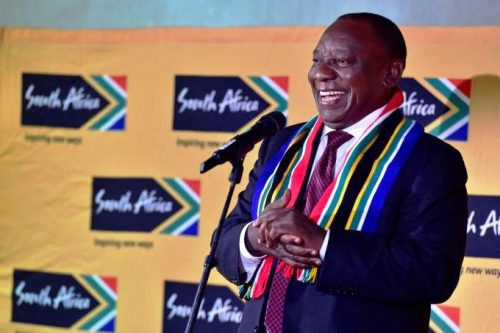 Apparently, in a first phase, Ramaphosa opposed this choice but now seems to have embraced it. He even proposed to change the Constitution to permit this policy.
The change of ANC’s stance on land reform is likely due to the political pressure from Julius Malema and his Economic Freedom Fighters (EFF). Malema was the chief of the ANC youth league before clashing with then president Jacob Zuma and being expelled. He founded EFF, which has a radical political platform and campaign for expropriation without compensation. The fear of being outmaneuvered by EFF pushed the ANC leadership to shift towards the expropriation policy. This shift is closely linked with the 2019 legislative elections. Due to the loss of votes at the latest elections, the ANC senior ranks are rejuvenating populistic slogans that were part of the ANC rhetoric in the past to regain consensus.

In the speeches of the supporters of land reformation, this policy will solve the social issues affecting the country and will improve its economy. The social tensions that divide the society are supposed to be the consequence of the land dispossession of the black owners in 1913, during the apartheid era (a decision Ramaphosa considers a sort of ‘original sin’ for modern South Africa).
But a more dispassionate analysis brings to consider the actual state of the nation mainly as the consequence of the failures of the ANC leadership from 1994 to now. The former President of South Africa, Jacob Zuma, was pushed to an early exit on 14th February 2018, first by the pressure of the streets then by the ANC leadership due to accusations of corruption (which have yet to be confirmed by a court). His place was taken by his vice, Cyril Ramaphosa himself.

The redistribution of the land risks being a complex issue both from a social and economic point of view. Stephen Grootes posed two interesting questions in Daily Maverick (6th August 2018). The first concerns the hypothetical beneficiaries of the expropriation. Basically, the land will pass to someone who has no land and, in this way, will have a new capital, or will it be given back to those black farmers who lost their parcels due to the apartheid regime? 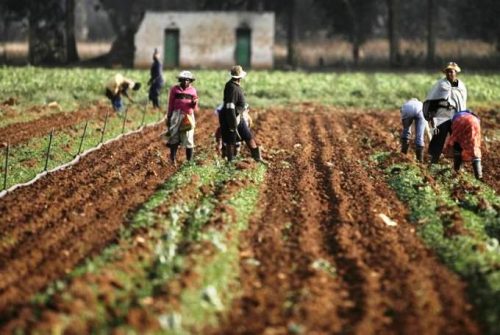 The second question is also thorny. Large parcels of land in different areas of the country are administered by traditional leaders on behalf of their community. Those ‘homelands’ comprise about 13% of the arable land and are the homes of 17 million people. Most of them work small plots on a subsistence basis. The traditional leaders have the authority over these areas, for example by determining who will farm a certain lot or have access to water. Will this system be saved by the expropriation drive or will the ownership of the land be given to those that actually farm it? The tribal chiefs are pressing for the maintaining of the system, but this exception to the general principle of ‘expropriation without compensation’ is not welcomed by all the commenters. But the tribal kings and chiefs are a political group traditionally courted by ANC leaders, which, as seen before, are focusing on the 2019 elections.

One of the main questions is whether the reform will damage the economy of the country and if it will jeopardize the food security, due to its impact on agriculture.
Farming in developed countries, such as Italy and the USA, nowadays requires know-how, capital and entrepreneurship. In countries such as Italy and USA, a small farm is often not enough to feed a family and therefore the farmer is required to have another job.
The simple fact of passing a plot of land to a black owner is not a guarantee that they will be good farmers or will be better off. 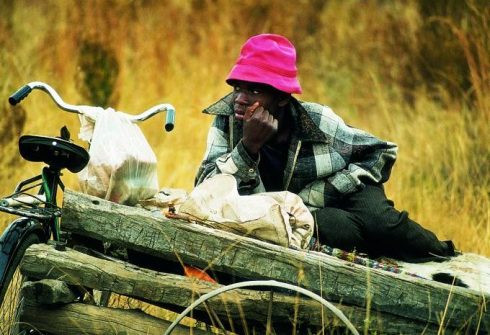 The supporters of the traditional system point out that the beneficiaries of land redistribution could fall into a debt spiral. To buy seeds, fertilizers etc., they will be forced to offer their land as a collateral to get loans and in case of drought (a frequent phenomenon in several areas of South Africa) they could lose everything and be forced to sell the land.
The redistribution of the land will target mainly white farmers. According to government data provided by the BBC, 72% of the land is owned by whites, who constitute 9% of the population. Many of them denounce an increase in attacks (robberies, homicides, aggressions, etc.) by black criminals and claim not to be protected by the authorities. Some of them are planning to emigrate to North America, Russia or Australia.
They could leave the country and bring with them their know-how and their resources.

In his struggle to become first leader of the ANC and then President, Ramaphosa enjoyed the support of those, inside and outside South Africa that considered him more business-friendly than Zuma. The former president risked being impeached also due to his links to a family of rich businessmen, the Guptas. But he also used populistic rhetoric that was perceived as a menace by supporters of free market and capitalistic economy.
Ramaphosa is a former trade unionist, but after been marginalized within the ANC he became a businessman who sat on the boards of several corporations. He was sort of co-opted by the economic leadership of the country. 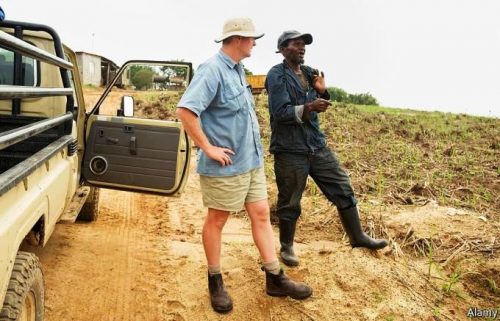 Even if he uses populistic tones, Ramaphosa is pursuing a policy that has a liberal undertone. He is basically dismantling an economic system to open it to the market. This move could inject new energy in the economic system of South Africa. But it could also open the door to foreign agribusiness giants that could buy the land from impoverished farmers, both black and white. Truth to be told, foreign investors are apparently scared by the expropriation policy, since they fear to be targeted. But in reality, the real primary targets will be the South African whites, especially the small farmers.
The South African leaders have yet to prove that they are right on this subject and that they will be able to bring the ‘expropriation without compensation’ policy to its end. In any case, the process will not be smooth and painless.