It is an important and frequently used medicinal plant in tropical Africa. It can be used to treat various human diseases.

Euclea natalensis (Family Ebenaceae) is a dioecious shrub or small bushy tree with a straight trunk and a dense spreading crown. It grows to an average of 15 m in height.
The bark is dark grey, thin and finely cracked. The leaves are hard and leathery, dark green and shiny above and paler underneath.
The flowers are small, bell-shaped, cream to yellow and are carried in many-flowered, branched sprays in the axils of the leaves. The fruits are rounded, fleshy berries, 7-13 mm in diameter, borne on hairy stalks. They are smooth or bristly, yellow, orange, red and black, in dense, conspicuous clusters. They are edible and attract birds.
The name Euclea means ‘good report’, from the Greek eucleia (eu– good, and kleos report). The species name natalensis means from Natal, South Africa. The plant is widely distributed in Sub-Saharan Africa. 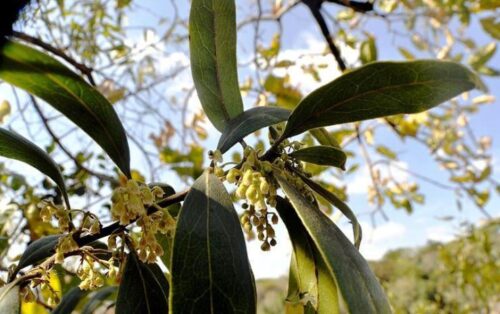 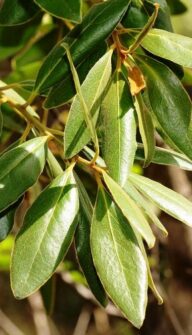 The infusion of the Euclea natalensis root is used as a purgative and for abdominal complaints, but is liable to produce emesis. In some communities, Euclea natalensis charred and powdered root is topically applied to skin lesions in leprosy treatment and also taken internally for ancylostomiasis. The root powder can be applied to relieve toothache and headaches.The herbalists and traditional healers administer orally the root decoction of Euclea natalensis to treat diabetes.In some sub-Saharan African countries, the root of Euclea natalensis is an ingredient in a number of herbal concoctions containing roots of other medicinal plants used to purify the blood. Infusions and concoctions of the roots and bark are used to treat intestinal worms, stomach disorders, chest complaints, urinary tract infections, headache, toothache, leprosy, abnormal skin growths and as a purgative. The bark decoction of Euclea natalensis is administered in some communities for the treatment and management of prostate cancer.
A decoction of the roots is administered as an anthelmintic. In some communities, the Euclea natalensis root decoction is taken orally for treating infertility, menstrual problems, puerperium and as an abortifacient. The topical application of the root decoction mixed with other medicinal plants is known to relieve chest complaints including those patients suffering from pleurisy and pleurodynia. 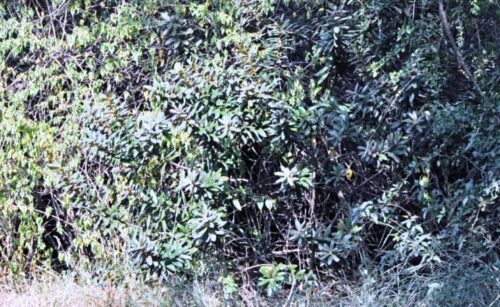 The root infusion mixed with roots of other medicinal plants can be administered orally to treat amoebic dysentery. In addition, the root infusion can be administered for sexual stimulation, the treatment of urinary tract infections and vaginal discharge. The root infusion can also be administered for the treatment of constipation, diarrhoea, enema, as a purgative, and for stomach problems. The powdered leaves applied topically or a root decoction can be administered orally as an antidote for poisoning and snake bites.
In addition to the medicinal uses, Euclea natalensis twigs are used as toothbrushes. Both the peeled twigs and unpeeled roots are used as chewing sticks in order to clean the teeth and maintain oral hygiene. This is due to the fact that the bark contains compounds with antimicrobial activity. In some communities, the root bark of Euclea natalensis is chewed mixed with chewing gum to clean the teeth in the belief that it benefits oral health. The antimicrobial potential of Euclea natalensis roots may explain its use for oral care.
The pounded roots are boiled and used to make a black dye which is often used as a floor stain, and also for dying mats and basket wares. The roots are chewed by women to impart a red colour to their mouths. (Photo: CC BY-SA 3.0/ JMK)