Iran does have a domestic and clandestine opposition, the Mojahedin-e Khalq (MEK). The MEK combine Communist and Islamist ideas and they started challenging the Islamic Republic since its early days.¬†

They set off a bomb in the Iranian Parliament in 1981, killing at least 70 people. Iraq exploited their services to target the Regime in Tehran. They remain a threat and could be one of the vanguards for a deeper U.S. intervention in Iran. They could play the same role that Kurds and Shiites (early on) had in facilitating the American takeover of Baghdad in 2003.¬† Conveniently, the U.S. lifted the MEK from the U.S. government list of terrorist groups in 2012. Trump‚Äôs stalling and criticism of the nuclear deal are efforts to apply the pressure where the intelligence services have identified the greatest weakness; the economy. The shadow hanging over the Deal and the prospect of more sanctions are exacerbating political risk for all companies from oil to aerospace. This both encourages the Iranian conservatives, who could turn sour on the Iran deal, resuming nuclear research while also having a lever effect on political and social tensions. 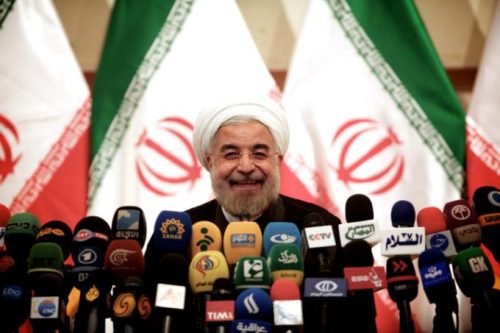 President Rohani won the 2016 elections, defeating less pragmatic elements. The West ‚Äď especially the Western media immediately interpreted and presented the Iranian protests that erupted in January 2018 as a Persian version of the ‚ÄėArab Spring‚Äô or call for democracy. Certainly, that‚Äôs how the U.S. leadership interpreted them. Democracy remains the pretext, and Trojan horse, to encourage American covert, or open, intervention. If the cause of freedom isn‚Äôt sufficient, there‚Äôs been enough talk for years that Iran poses a threat to Israel and that, a ‚Äėdemocratic Iran‚Äô, would not. Moreover, Trump could obtain strong consensus ‚Äď just as he did in the moving of the U.S. embassy from Tel Aviv to Jerusalem. The so-called Christian Zionists ‚Äď encouraged by the prospect of an apocalyptic conflict – like Vice-President Pence, would support a war against Iran. They long for the cold war between Tel Aviv and Tehran to escalate to a hot war. 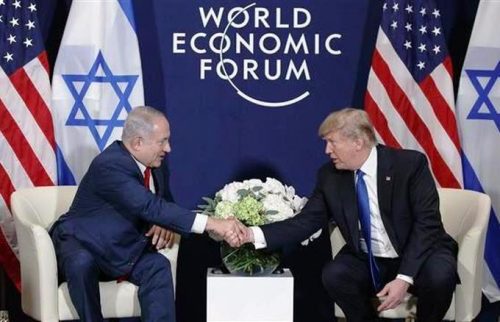 Should Trump scrap the nuclear deal by next June, as he warned, he would reopen the ‚Äėfile‚Äô dealing with Iran‚Äôs pursuit of weapons of mass destruction (WMD). Without a binding agreement, Iran‚Äôs only chess move is to resume ‚Äď or pretend accordingly ‚Äď to put pressure on the U.S. The Washington establishment, Saudi Arabia and Israel would come in chorus to demand an attack against Iran‚Äôs nuclear research facilities in Bushehr. If not, Israel will act, as it did in 1981 against the Osirak nuclear facility Iraq was developing. The consequences of a direct Israeli attack against Iran are incalculable. Yet, one of the results would surely be to draw the United States into a wide regional conflict, aimed at pushing Iran, its proxies and allied militias back ‚Äď terminating its support for Hezbollah once and far all. That purpose would draw Prince Mohammad bin Salman even more than King Salman, into the conflict. 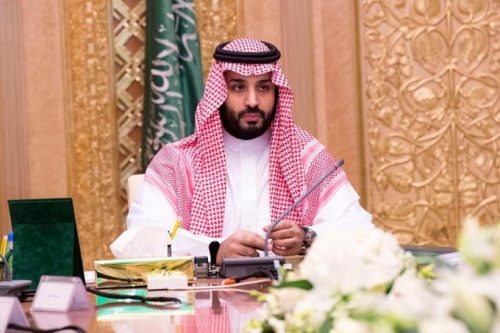 The latter appears to have associated his Kingdom‚Äôs security to that of Israel. After all, as the Saudi led embargo against Qatar has shown, the Israelis and the Saudis share Iran as an enemy. That‚Äôs one of the main reasons why Trump has not ordered U.S. troops out of Syria. They are both a threat to Asad‚Äôs forces and a deterrent to his Hezbollah allies against taking pre-emptive steps against Israel. Yet, they also serve as a deterrent against Israel from provoking its enemies into a conflict. The presence of U.S. troops reminds Tel Aviv that American troops are also at risk from its actions. There‚Äôs little doubt Syria remains the key ‚Äėfront‚Äô of any military effort against Iran. That‚Äôs why, Israel has been arming various Islamist rebel organizations in the Syrian Golan according to the Israeli ‘Haaretz’ daily. Israel has also targeted installations, in Syrian territory, thought to be used by Iranian forces or its Syrian allies. If Israel claimed to have a neutral stance over the outcome of the Syrian conflict in 2011, it now worries about the victory of the sad regime, which until a few months ago, was enjoying much better prospects of outright victory ‚Äď that is maintaining sufficient clout to maintain authority over a centralized Syrian State.¬† Israel wants to prevent a consolidation of the Shiite axis that goes from Tehran to the Mediterranean. Tehran insists on Syria maintaining territorial integrity.
As for Europe, it needs Iran because it acts as an insurance policy against ISIS or Wahhabi inspired extremism. 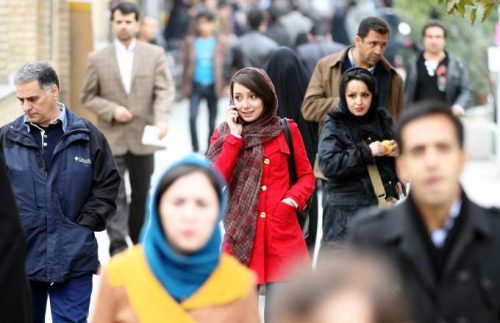 Iran is complex. It‚Äôs an Islamic Republic that is its legal and political institutions are inspired by the Sharia. Yet it‚Äôs also nationalist in the Western sense of the term. Unlike the Arab countries of the Middle East that rose from the ashes of the Ottoman Empire, Iran has kept virtually the same borders for the past two thousand years. Its recent history is ‚Äėunique‚Äô in the Middle Eastern context. Iran has experienced rapid and deep changes in the past four decades. In 1979, Iran became an Islamic Republic. Until then, the Shah‚Äôs Iran, had been the biggest US ally in the Middle East. If the official religion of the Islamic Republic of Iran is Islam, other religions are allowed, including Christianity and Judaism. Then, there are also millions of Iranians, who do not practice any religion.

‚ÄúA simple reception and some kind of accommodation‚ÄĚ are ‚Äúvery different from a process of integration‚ÄĚ. A personal experience. In about the year 2000, the U.K.…

2022 the European Year of Youth. ‚ÄúTo listen, engage and…

The EU Commission has adopted the proposal to make 2022 the European Year of Youth. ‚ÄúDuring the year, the EU Commission, other EU institutions and Member States…