Congolese doctor Denis Mukwege and Yazidi human rights activist and survivor of sexual slavery by Islamic State in Iraq, Nadia Murad, have won the 2018 Nobel Peace Prize for their work and commitment to fighting sexual violence in conflicts around the world.

The award, which will be presented at a ceremony in Oslo on December 10, was not a surprise since Denis Mukwege has always been on the list of favourites. In addition, he had already received twenty prestigious awards for his commitment to the protection of women’s rights, especially those women who were ‘victims of rape and war crimes’. 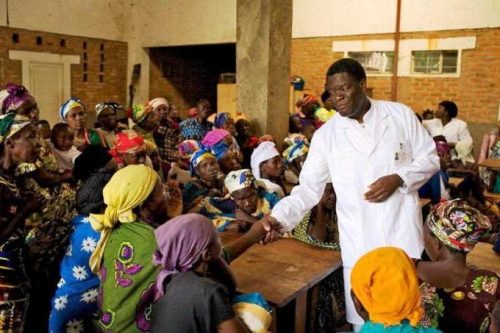 The  news of the award made pre-electoral tensions cool down among the Congolese political class. Both the executive and the opposition have expressed their satisfaction. “I am proud to be Congolese”, said the country’s top opposition leader, Felix Tshisekedi, in a Twitter post, “Good done for others always ends up being rewarded”. Another opposition figure, Vital Kamerhe, said, “It is the right reward for a noble struggle in favour of women”. Interior Minister Henry Mova showed appreciation and expressed gratitude for the doctor’s work: “Congratulations and thank you very much, dear friend. Perseverance is rewarding”.  UN Secretary General Antonio Guterres congratulated Dr. Denis Mukwege, and said in his remarks,: “Dr. Denis Mukwege has been a fearless champion for the rights of women caught up in armed conflicts who have suffered rape, exploitation and other horrific abuses. Despite regular threats to his life, he made the Panzi Hospital in the Democratic Republic of the Congo a haven from mistreatment”. 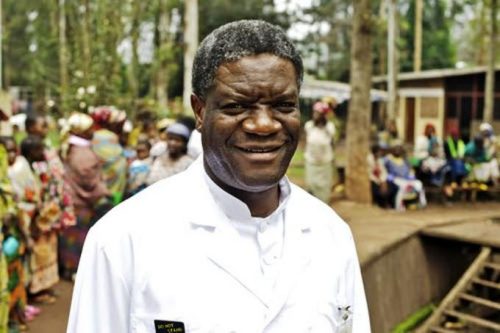 Denis Mukwege was born in 1955 in South Kivu province of Democratic Republic of  Congo to Protestant parents. In 1983, Mukwege graduated from the University of Burundi in medical science. Then he worked as a pediatrician in the rural Lemera Hospital; later Mukwege received a scholarship from a Swedish Pentecostal Association and he pursued further study in Angers, France, to specialize in gynecology. In 1989, despite having a well-paid job in France, he did not hesitate to return to Lemera where he established an obstetrics and gynecology service. After the hospital in Lemera was destroyed during the civil war that erupted in the country in late 1996 and many of its patients and health personnel were killed, Mukwege took refuge in Nairobi (Kenya) until 1999, when he was able to return to Bukavu where, with the help of the Community of Pentecostal Churches of Central Africa (CEPAC), he founded the Panzi Hospital, where he served as director and chief surgeon. The hospital currently has 350 beds, of which 200 are for victims of sexual violence. Since its opening, more than 40,000 women and girls in the region who were victims of mutilation and genital lacerations have been treated.

Rape used as a weapon of war is one of the most despicable practices that women in eastern DRC have suffered since the war of 1996. Denis Mukwege has denounced in different international forums that “Kivu pays the consequences of an economic war” and that “the region where I live is one of the richest on the planet (…) where the body of woman has become a real battlefield”.
Women, used as ‘military strategy’, have been the first victims of the war of 1996. Since then, more than 500,000 women have been raped or mutilated by the Armed Forces and by the numerous rebel groups that still continue to spread terror in the region. The reason for such barbarism, says Dr. Mukwege, is the “complete and profound destruction of society, of all values and of all that is sacred” through the founding symbol of a people, women. 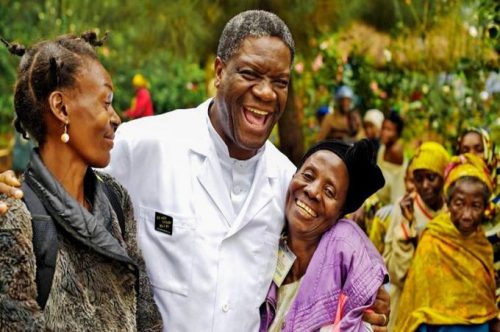 The Nobel Peace Prize 2018 did not just provide women with medical cures. He has stated that “I identify every raped woman with my wife; every raped mother with my mother; and every raped child with my children”. Dr. Mukwege is deeply committed to fighting this scourge on different fronts; he travels around the world to mobilize the international community in order to condemn this crime and to participate in the search for a solution to this sacrilege against human life. When he received the Sakharov Prize in 2014, he declared at the European Parliament’s gallery that “in a world where values are inverted, where violence becomes common and takes increasingly abominable forms, rejecting violence makes you a dissident”.
Mukwege, who is known for sending strong and loud messages, has denounced all those forces involved in a tragedy that will leave indelible marks in the life of a good part of the Congolese people. The executioners of women are recruited from the armies of neighbouring countries, including Rwanda, the Congolese Armed Forces and rebel groups operating in the region. Mukwege’s clear and resounding accusations have cost him several assassination attempts.
The doctor lives inside the Panzi hospital compound under the protection of the UN forces. 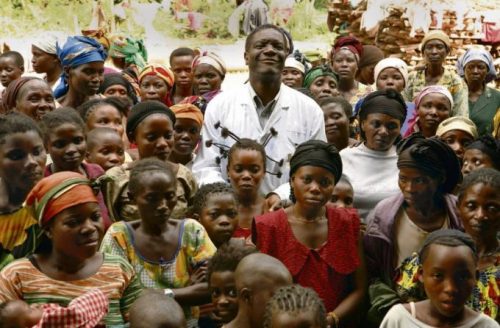 Kinshasa’s establishment is irritated by the gynecologist’s frequent criticisms. Nevertheless he continues to fight against the lack of justice for abused women, against the increase of poverty, against the inability to guarantee the security of the Congolese citizens and their properties, and especially, against the regression of democracy since the 2011 elections.His clear denunciation and his work make him one of the most esteemed personalities in the country along with Cardinal Laurent Monsengwo, archbishop of Kinshasa. So it is not a  surprise to see that Congolese civil society and a large part of the country’s politicians would have liked to have seen one of them standing as a candidate for the country’s presidency in the next general election on December 23, 2018.