What are the implications of the assassination of Qasem Soleimani. U.S. Forces in Iraq at risk. Conflict with Iran. Instability in all region.

Gen. Qasem Soleimani, commander of the elite Quds Force of the Iranian Revolutionary Guard Corps (IGRC) had just arrived on a flight from Syria. Seconds after he went through the exit, the car he boarded was hit by a missile, launched from a drone, killing him along with Abu Mahdi al-Muhandis, second in command the Popular Mobilization Forces (Hashd al-Shaabi), the coalition of pro-Iranian Shiite paramilitary militias in Iraq. Regardless of any considerations about whether or not the IGRC (sometimes known as Sepah), or the single Quds force within it, should be designated a terrorist organization (as the United States and other western governments do), and any other concerns about the Islamic Republic in Iran, the assassination of Soleimani launched during an air raid that also saw drones employed. 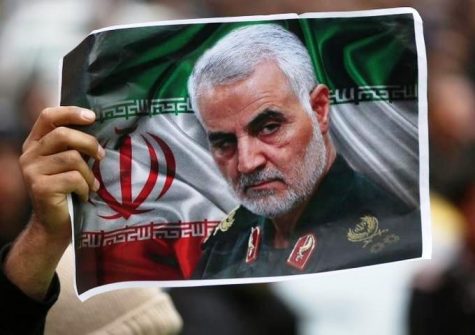 The implications of the assassination of Qasem Soleimani, now an Iranian Martyr are necessarily significant. He earned his fame and reputation as a formidable soldier and strategist immediately after the 1979 revolution, enlisting with the Islamic Revolutionary Guard and fighting valiantly in the war against Iraq between 1980 and 1988. In that period, he became known for an ability to infiltrate enemy ranks as part of high-risk operations. In the 1990’s, Soleimani transferred that ability to lead secret operations abroad. Ironically, his last operation was a diplomatic one – involving only moderate risk. He was on an official mission to discuss the possibility of détente between the Islamic Republic and the Kingdom of Saudi Arabia in a deal brokered by Iraq. Was, then, President Trump’s action part of a plan to compromise any effort to reduce Tehran-Riyadh tensions, presumably because such a de-escalation would make it harder for the U.S. to justify its massive military presence in the Persian Gulf?

Soleimani and Martyrdom
Far from wanting to define Iran as a model of democracy and freedom, the killing of Soleimani will inevitably produce ‘side effects’, or blowback, throughout the Middle East, including areas of U.S. ‘influence’ such as Iraq. Iran has long established an effective network throughout the region, which will frame Soleimani’s death in the context of Shiite soteriology – that is the narrative of salvation through the idea of martyrdom, as developed from the death of the Imam Hussein (Hussein ibn Ali, grandson of Prophet Muhammad) at the Battle of Karbala on October 10, 680 AD (61 AH) against vastly superior Umayyad forces led by the Ubaid ibn Ziyad, Umayyad Governor of Basra. 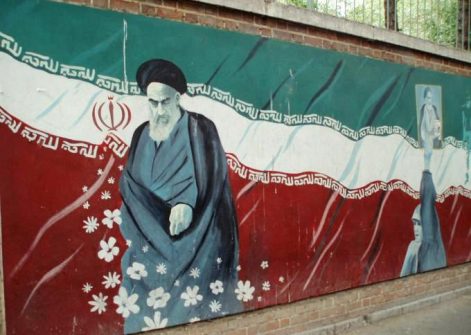 In a tradition revived through the ‘good vs. evil’ narrative of the Islamic component of the 1979 Iranian Revolution, Shiites (under duress) interpret the events of Karbala as Hussein setting the example that consciously facing and accepting certain death, or martyrdom, is always preferable to accepting the unjust and corrupt rulers. In soteriological terms, Shiites, therefore, have both a privilege and an obligation to challenge ‘evil’. It is that challenge that represents victory over it. That concept of martyrdom was central to the galvanization of many Iranians in the early months of the war, that Iraq launched at the behest of the United States and the ‘petro-royals’ of the Gulf, thwarting any predictions that Iran, weakened by revolution, would succumb quickly. The assassination of Soleimani fits, almost ideally, within this framework and those, whom the general inspired, will be eager to fulfill
their own martyrdoms. 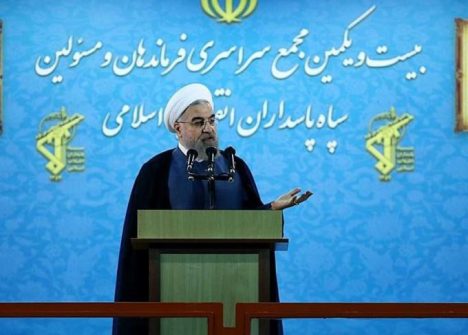 In a more cynical light, the Ayatollahs and more genuinely ideological cadres of the Islamic Republic, could not have asked for a more effective way to rally support than Trump’s assassination of Soleimani. The soteriology will both strengthen the ‘conservative’ camp within Iran itself – that is the IGRC itself and the Supreme Leader, Ayatollah Khamenei – at the expense of President Rohani and the reformists. Rohani will have to defer any plans to ease tensions with the West, adopting a more martial tone in order to preserve political support for his government in the context of widespread economic discontent and, what appears to be, an intensified U.S. effort to destabilize it. The IGRC’s unintentional downing of a Ukraine International Airlines airliner – (flight PS752, under murky circumstances) in the hours after launching missiles as part of an operation (code-named Operation Martyr Soleimani) against the Ayn al-Asad airbase in Al Anbar Governorate, Iraq, and another base in Erbil, Iraqi Kurdistan, housing U.S. troops – has generated additional domestic tension, adding yet another dimension to the anti-government protests.

Trump Trapped by Impeachment Trials and Re-election
The probability – even more than the possibility – that U.S. President Donald trump bogged down in impeachment machinations, will be tempted to solidify support from his evangelical Christian supporters and pro-Israel lobbies by assenting to a complete Israeli takeover of the Palestinian Occupied Territories. Such a step would all but ensure Benjamin Netanyahu’s re-election as prime minister in 2020 (Source: Haaretz). Evidently, that could set the entire Middle East on fire, deepening anti-American sentiment in Iraq, and playing into what will certainly represent Tehran’s anti-Washington strategy: stir Iraqi Shiites – and by all indications, this process has already begun.
Several anti-US demonstrations, drawing hundreds of thousands of people, erupted in Baghdad on January 23 demanding the departure of American troops in the country. 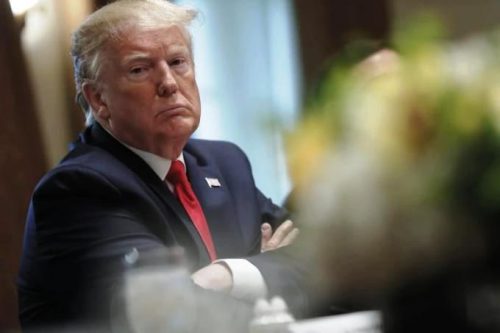 The fact that Shiite leader Moqtada al-Sadr (who is more of an Iraqi nationalist Shiite, complaining about the excessive Iranian influence in Baghdad) launched the demonstrations draw attention to the fact that the very Shiites, who managed to gain political ground in the aftermath of the 2003 Anglo-American invasion, have turned against their ‘benefactors’. Al-Sadr’s militias were joined by pro-Iranian ones, including the very Kataib Hezbollah, commanded by Abu Mahdi al-Muhandis (one of the eight people including Major Brigadier General Hossein Pour Jafari, Colonel Shahroud Mozaffari, Major Hadi Taremi, and Captain Vahid Zamanian who were killed in the strike against Gen. Soleimani), and their message is clear: should the United States refuse to leave Iraq, its troops shall be considered as hostile occupiers, adding that any security and airspace control agreements between Washington and Baghdad should be canceled. Such demand echo those of Prime Minister Adel Abdel-Mahdi, who demanded American troops leave Iraq in the immediate aftermath of Soleimani’s assassination.

U.S. Forces in Iraq.
U.S. Forces in Iraq cannot simply act as if nothing has changed. Trump’s action will have consequences, and Iran will be in a better position (after taking direct action with its missile strike against American military bases in Iraq to avenge Soleimani) to operate through its allies in Iraq. The Shiite re-awakening, combined with intensifying calls for an American withdrawal, could lead at the very least to a situation comparable to the October 23, 1983 bombings – attributed to Hezbollah – against barracks near the Beirut international airport, which killed 307 American and French troops. Indeed, there are few options. If the Americans refuse to leave, they will come under fire. And, after destroying the Baathist State and military apparatus, it won’t be easy for them to find refuge among the Sunnis. 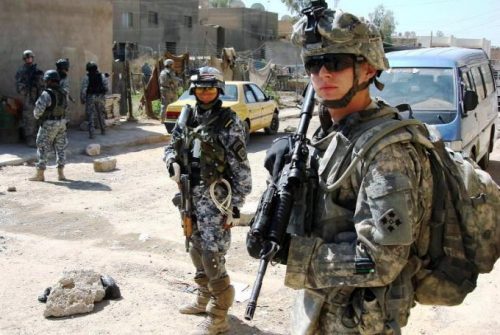 Perhaps, the remote al-Anbar province near Syria and Iraqi Kurdistan (and even there, the presence would be precarious, given that neither Turkey nor Iran have an interest in allowing the Kurds to fully separate from Baghdad) could provide a refuge for a while, but it does not change the long-term prospects, which call for a withdrawal. The Iranian missiles were mean as a friendly warning, which needs little translation: US forces in Iraq are not secure. The message from the massive street protests, may be less explosive, but is equally clear: Iran has allies, which can complicate a continued U.S. presence in the region. Such complications include a heavily impaired ability for the U.S. to conduct training exercises – and the Iraqi government will not allow Iraqi troops to participate, having all but formally declared the United States an occupying force – given their intensified vulnerability. And if U.S. troops are unsafe in Iraq, so are U.S. companies and contractors.

Iran and Iraq are unofficially at war.
Prompted to perform dangerous steps on the international stage by his would-be impeachers, and eager to consolidate support for the 2020 presidential elections, Trump has few choices. He could diffuse the situation by lifting many, if not all, the sanctions imposed against the Islamic Republic and initiate direct and unconditional dialogue with President Rohani – or better yet with Khamenei, just as he did with Kim il-Jong. But, Iran is not North Korea: there are overly and overtly influential lobbies and geopolitical narratives (in support of Israel) that would prevent anything even resembling dialogue from happening. The Saudis, who seemed interested in pursuing dialogue, have interpreted the Soleimani assassination as a friendly warning from Washington, that Uncle Sam does not approve such overtures. 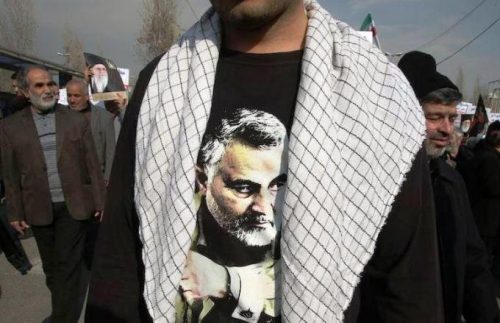 Therefore, they may simply wait: perhaps, for a direct U.S. attack on Iran? Meanwhile, as Washington’s differences with Tehran’s tensions with Washington have mutated into hostilities with Baghdad, the Iranians have themselves lost the power to put the genie of conflict back in the lamp. General Soleimani had built a legendary reputation, which translated into authority. New commander of the Quds Force, Esmail Ghaani, will enjoy less strategic independence and will likely be used as a mere instrument to carry out Khamenei’s vision, while lacking the influence and control over the network, which Soleimani wove over the years, coordinating and organizing various Shiite militias and organizations in Lebanon, Iraq and Bahrain. Without Soleimani, an element of predictability has been lost, raising the opportunities for jarred actions, leading to wider war as Iran plays the regional and Shiite cards.
Alessandro Bruno