Former President Laurent Gbagbo has received the green light to take back his role on the political scene of Cote d’Ivoire.
Apparently, he has now the possibility to engage again in the fight for predominance that he has been fighting for thirty years. A fight that risks tearing the country apart.

On 31st March 2021, the International Criminal Court (ICC, headed on this occasion by a Nigerian judge, Chile Eboe-Usuji) definitively acquitted Gbagbo and Charles Blé Goudé, one of his ministers. They had been accused of war crimes and crimes against humanity committed during the civil war fought in Cote d’Ivoire in 2010-2011. 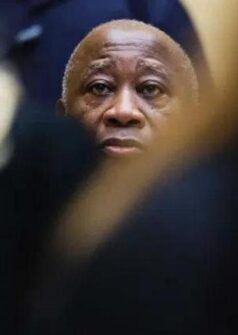 After he lost the presidential election in 2010, Gbagbo refused to concede defeat and resisted. He was chased by rebel groups that supported the winner of the election, Alassane Dramane Ouattara, with the help of foreign troops (primarily French) in April 2011. Gbagbo and Blé Goudé were brought to justice in front of the ICC in The Hague. But the prosecution team, led by a Gambian judge, Fatou Bensouda, did not succeed in proving they were guilty. They had been acquitted for the first time in 2019, but the prosecutor had asked for another trial.
Gbagbo’s former wife, Simone, who was charged with war crimes and crimes against humanity in Cote d’Ivoire, was also acquitted in 2017 before an amnesty in 2018.
There is an ongoing debate regarding Bensouda’s responsibility, her strategy, and the structural weaknesses of the prosecution.
But the political consequences of the March 2021 sentence seem quite clear: Gbagbo can go back to Cote d’Ivoire. And this can have a deep impact on the politics of the African country.
The former President still enjoys some popular support even if his party, the Ivorian Popular Front (FPI), split due to the quarrel between Gbagbo’s supporters, who wanted to boycott any political process until his liberation, and the wing led by Pascal Affi N’Guessan, who challenged Ouattara by participating in elections. The two wings still did not become reconciled, and in the 2021 political elections, they competed separately. Gbagbo’s supporters ran as Ensemble pour la Démocratie et la Souveraineté (EDS) while their former partners ran as FPI. They won 8 and 2 seats respectively.

The danger of ivoirité
Gbagbo has been the main actor on the Ivorian political scene since the ‘90s. What happened in Ivorian politics since the death of the founding father of the republic Felix Houphouet-Boigny in 1993 can be synthesized as a turf war between Ouattara, Henri Konan Bédié (leader of the Parti Démocratique de la Côte d’Ivoire – Rassemblement Démocratique Africain, PDCI-RDA) and Gbagbo. 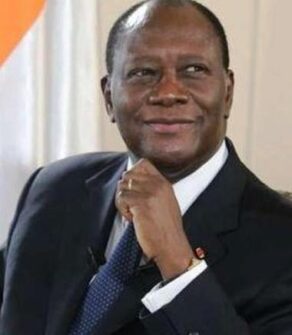 These three men have been fighting for power for thirty years. Often, two of them would join forces against the third. At the moment, Bédié and Gbagbo are allied against Ouattara who was confirmed in 2015 and 2020. They created a joint list for the 2021 election that gained 50 seats, in addition to the seats gained by their respective parties. When Ouattara and Gbagbo clashed after the 2010 presidential elections (for some months the country had formally two heads of state), Bédié supported Ouattara against Gbagbo.
This fight has had a deep impact not only on the political scene but also on Ivorian society in general. The rivalry is also rooted in ethnicity, with cleavages between the ethnic groups living in the North and those based in the South. The first were basically excluded from power within the institutions (especially the armed forces) before Ouattara’s ascent to power. The ethnic factions, that date back to colonial times and Houphouet-Boigny’s policies, degenerated in the ‘90s when Bédié introduced the idea of “ivoirité” (that can be translated as “the characteristic of being Ivorian”) to beat Ouattara. With this new concept, to sum up, there was a distinction within the country between the “real Ivorians” and those who could not claim this right. The “real Ivorians” were identified basically with the ethnic groups living in the south while the descendants of the groups that migrated from the North, especially from the territory that is now part of Burkina Faso (but which was a French colony like Cote d’Ivoire), were considered more or less as permanent strangers.

The age gap
Another fracture exists between the leadership and the young generation. In Cote d’Ivoire, 60% of the population is under 25, while Ouattara is 79 years old, Bédié 86 and Gbagbo 75. In the last years, two younger leaders emerged, Hamed Bakayoko and Guillaume Soro, but things did not go well for them. Bakayoko was a member of Ouattara’s circle that succeeded in emerging as a leader with a clear personality. Due to his flamboyant style, he had broad support within the young. But he was a smart politician that had the ability and the connections to reach out to opponents in times of political tension.
In July 2020, Ouattara chose him as a Prime Minister and some analysts saw him as a possible successor to the head of state. But he died of cancer at 56 in March 2021. 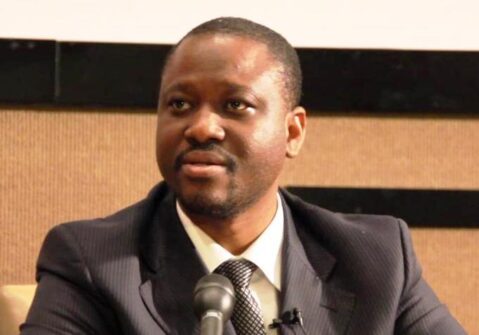 Guillaume Soro was the Prime Minister of Côte d’Ivoire from April 2007 to March 2012.

Guillaume Soro was the political leader of the rebel forces who brought Ouattara to power in 2011. He was subsequently appointed first Prime Minister and then President of the National Assembly. But he became a possible rival to Ouattara and was forced to leave the country. He is 48 years old and has joined the opposition.
At this moment Ouattara’s power seems to be sound. He controls the state apparatus and his party, the Rassemblement des Houphouëtistes pour la Démocratie et la Paix (RHDP), has a majority in the National Assembly. But within his front, there are rivalries, first of all about who will be Ouattara’s successor. There were tensions between Bakayoko and older members of the party and when he was Prime Minister, Bakayoko was flanked by Patrick Achi who was put in that place by Ouattara presumably to control him. After Bakayoko’s death, Achi (who is 65) became premier. The president had chosen Amadou Gon Coulibaly as his successor at the 2020 presidential elections. But Coulibaly died in 2020 and Ouattara chose to run again. So, the issue of the succession to Ouattara is still open.

Past and future
Gbagbo’s acquittal creates problems on the Cote d’Ivoire political scene and does not provide answers to such questions as who is responsible for the atrocities committed during the civil war. These facts are not fake news debunked by the judges. According to the ICC, Gbagbo did not commit them. Or rather, there is no convincing evidence of that. So, who did commit them? And what about the allegations of atrocities made by Gbagbo’s supporters against Ouattara’s forces? 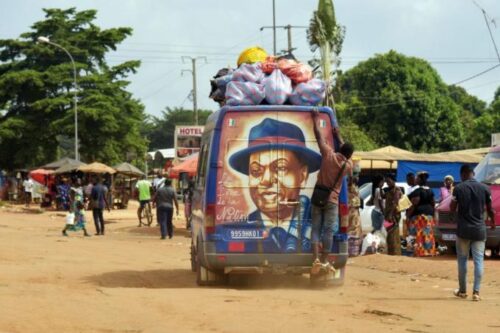 It seems that at this moment the answers to these questions will be set aside to favour some sort of political agreement between the three major political leaders. But they presumably will be ready to break that agreement and to shift from one side to the other if it suits them. The enemy of today can become the ally of tomorrow, so it is better not to raise problematic issues. However, these enduring issues may exacerbate tensions and bring about political and ethnic violence.