France and the EU announced the withdrawal of their troops from Mali. The jihadists may reap the benefits. Already, coastal states
are under threat.

On the 17 February 2022, ahead of the EU-Africa summit in Brussels, the French president Emmanuel Macron announced that France, the EU and Canada will withdraw their troops from Mali, nine years after the French army’s intervention to stop a jihadist offensive on Bamako.
Accordingly, the withdrawal will be made in a coordinated manner with the Malian troops and France and the EU will maintain a military presence in neighbouring countries. Europe, said Macron who is also the EU rotating chairman will stand by ECOWAS, the African Union and the G5 group of countries. 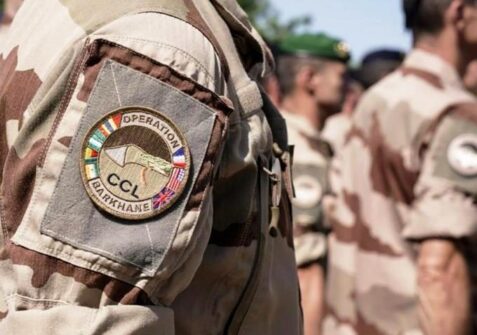 The headquarters of the French Barkhane anti-terrorist operation will be moved to Niger where French and the EU will continue to provide training, equipment and operational support to the troops of the G5 Sahel (Mauritania, Burkina Faso, Niger and Chad) except Mali. The European Takuba force which includes several hundred special forces from ten EU countries and was training Malian soldiers will also move its headquarters to Niger.
France which has about 4,300 troops in Sahel, will repatriate the 2,400 soldiers it has deployed in Mali and reduce sharply its numbers to 2,500, said a French Armed Forces spokesperson.
Accordingly, France will start by closing military bases in Northern Mali, and the withdrawal will take four to six months.
In a joint communiqué, France, the EU and Canada justified the withdrawal, arguing that political, operational and legal conditions were no more met to maintain their troops in Mali. Such decision did not come as a surprise, since the relations between the EU and Mali have seriously deteriorated after the August 2020 coup which overthrew President Boubacar Ibrahim Keita and the announcement in January 2022 by the Malian military junta that it would not hold its promise to organise the presidential election by late February 2022 and would remain in power until 2026 because of the deepening insecurity. 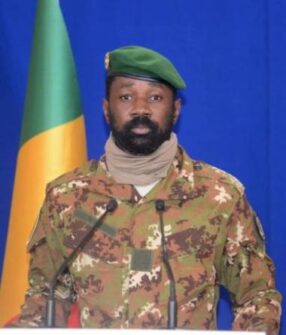 The EU imposed travel bans and asset freezes on the Malian Prime Minister Choguel Maiga and four members of the junta led by Colonel Assimi Goïta, on the last 4 February. But these sanctions only increased the determination of the Malian coup makers who were encouraged by the Russian and Chinese vetoes at the U.N. Security Council on the 25 January against a French resolution backing the ECOWAS sanctions against Mali which include
the suspension of most commerce and financial aid to Mali, closing borders and the activation of a standby force. As a result, the Malian authorities turned to other neighbours to bypass the sanctions. On the 19 January, they sent a ministerial delegation to Guinea-Conakry which is also under ECOWAS sanctions since the September 2021 coup which toppled President Alpha Conde, and to Mauritania which isn’t an ECOWAS member. 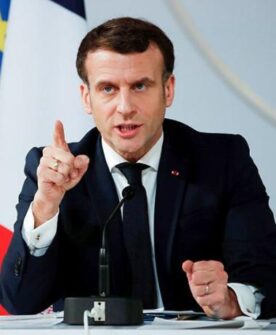 Another bone of contention is that France and the EU “cannot remain militarily involved” alongside Malian transitional authorities with whom “we don’t share the strategy and goals,” Macron said. The French President accused Mali’s junta of neglecting the fight against Islamic extremists. Macron had certainly in mind secret talks between the Malian government and the jihadists. One group is the Jama’at Nusrat al Islam wal Muslimin (JNIM) known in English as the “Support Group for Islam and Muslims”, created in 2017 as an amalgamation of al-Qaeda in the Islamic Maghreb, Ansar Dine, the Macina Liberation Front and Al-Mourabitoune. The second is the Islamic State in the Greater Sahara.
A third reason is the hostility shown by the Malian authorities against the former colonial power and the EU. On the 13 January 2022, Mali protested against the alleged violation of its airspace by a French military transport aircraft. A week later, a Bundeswehr aircraft was denied access to the Malian airspace. By end January, the Malian government ordered the expulsion of a 90 Danish troops of the Takuba force, which had been deployed without its formal consent. On several occasions, demonstrators have been waving banners wishing « Death to France ». Macron accused some of the social networks which spread anti-French propaganda to be financed by Russia. 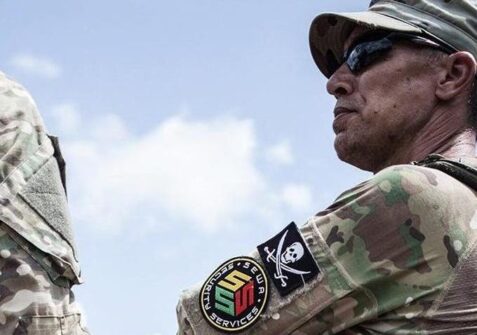 The fourth reason for the French departure is the Malian junta’s decision to hire the Wagner Group of Russian mercenaries, which the EU accuses of committing human rights abuses in Africa.  “They have now come to Mali to act in a very predatory manner,” Macron said. Accordingly, there are some 800 Wagner mercenaries in the country who “have mostly come to secure their economic interests. French military source claim that, these mercenaries which were brought to Mali by Russian military planes are not so much involved in the anti-terrorist war but rather serve as praetorian guard for the members of the junta. In an interview with the Paris-based BFM TV channel, the French army chief of staff spokesman, Hervé Grandjean, said, that in exchange for its security services, Wagner will exploit goldmines in Western Mali. France’s announcement in October 2021 that it would pull out from the three bases of Timbuktu, Kidal and Tessalit,in Northern Mali  accelerated the recruitment of Russian military advisers. Wagner’s presence in Mali has also a strong political meaning. Ex-Red Army colonel, Alexander Ivanov, head of the Officers’ Union for International Security, says that Russian military personnel sent to Mali to train the army and provide logistical support would make it an independent force and contribute to destroy the neo-colonial system in Africa. 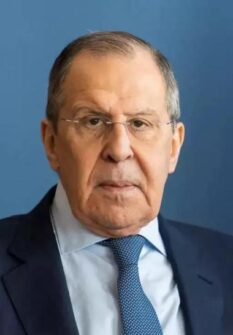 Russian Foreign Minister Sergey Lavrov : “Wagner has a ‘legitimate’ right to be in Mali”.

Russian Foreign Minister Sergey Lavrov declared that Wagner had a “legitimate” right to be in Mali since it was invited by the transitional government. Clearly, Russian military contractors who substituted earlier the French in the Central African Republic, see the crisis between Sahelian states and the EU as a business opportunity. A week after the 24 January 2022 coup in Ouagadougou, Ivanov’s group offered to train the army in Burkina, reported the BBC. Yet, the presence of the Russian mercenaries was seen as incompatible with their mission by several EU member states. On the 14 January 2022, Sweden which had already decided to withdraw its 150 troops from the Takuba force, said it would review its contribution in MINUSMA of 250 soldiers.
Macron said that the EU and France would remain in Sahel and in the Guinea Gulf to counter actions from Al-Qaeda and the Islamic State. But West-African ministers in Brussels told journalists off the record that they were worried. Macron himself admitted that the withdrawal of Barkhane from Mali would mean less anti-terrorist operations though claiming it would not change the situation since such fight is not the junta’s top priority. Yet, a West-African ministers, expressed doubts about Wagner’s capacity to cope with the jihadist threat since the Russian mercenaries lack a strong airforce support to carry out their operations. At any rate, during the next months, French troops will be mainly busy with the logistical problems related to their relocation in Niger, in the so-called three borders area, near the Malian and Burkinabe boundaries. But jihadists could take advantage of this situation to launch attacks against the French troops, warns Ulysse Gosset, editor of the BFM TV channel. 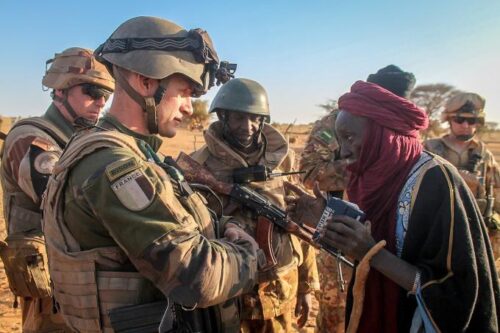 Within six months, there will be twice less French troops on the field, in a context where violence is increasing and Sahelian states are losing control of their territory despite the killing of the ISGS leader Adnan Abu Wahid al-Sahrawi in August 2021 by a French airstrike. In February 2022, the Washington-based Africa Centre for Strategic Studies estimated that the number of incidents linked to Islamist groups in the Sahel in 2021 had nearly doubled from 1,180 to 2,005, since 2020.
Last year, the estimated 4,839 fatalities linked to these events were 17 percent higher than in 2020. More than 2.4 million people are displaced in the Sahel, including 200,000 refugees. Moreover, acknowledge French military intelligence sources, jihadist groups linked to Al Qaeda have become more professional as showed an attack with 120 mm howitzers against the Gao base in Mali
The relocation of the Barkhane and Takuba headquarters in Niger is another challenge.  In November 2021, a French army convoy was blocked by demonstrators in Niger and in Burkina Faso who accused the French military to supply weapons to the jihadists.
Besides, the relations between the EU and another Sahelian state have also deteriorated after the 24 January military coup in Burkina Faso that ousted President Roch Marc Christian Kaboré. 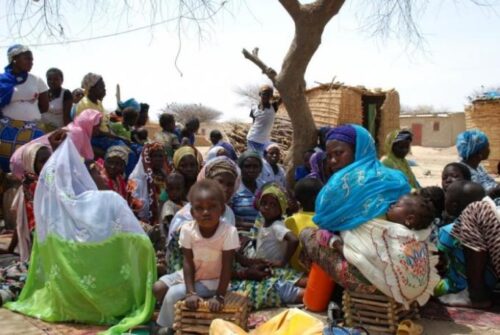 With less troops, Macron intends nevertheless to continue its support to the G5 Sahel countries but also to extend it to the Guinea Gulf countries which belong to the Accra Initiative against terrorism, created in 2017 to fight terrorism and includes Ghana, Togo, Benin, Côte d’Ivoire and Burkina Faso, respectively.
Coastal states are indeed increasingly under threat. In Benin, which had been relatively unscathed, there are growing fears of a spill over of violence. In December, three soldiers were killed during an attack of a military post in the Northern Atacora region.
In 2021, seven members of the local security forces died in separate attacks in the north of Ivory Coast. Togolese security forces repulsed last November an attack by unidentified armed men who had crossed the border with Burkina Faso. And in December, President Macky Sall expressed worries that Senegal could become the next target.
Macron also wants to increase aid to West Africa to avert the expansion of terrorist groups by spending US $ 22 billion for social programmes within the framework of the Sahel Alliance, created in 2017 by France, the EU and Germany to improve the living conditions of the local populations. But without security, such preventive action may be difficult to implement. (Open photo : A French military helicopter over the Nigerien town Madama. CC BY-SA 3.0/ Thomas Goisque)