Either the elections are rigged or they cannot take place for logistical and financial reasons. In both cases, directely or indirectly, Kabila is likely to remain in control, anticipate observers in Kinshasa.

A growing number of players and observers inside and outside the DRC are convinced that President Joseph Kabila is likely to remain in office or at least in control of power after the date of the scheduled presidential and parliament elections on the next 23 December. 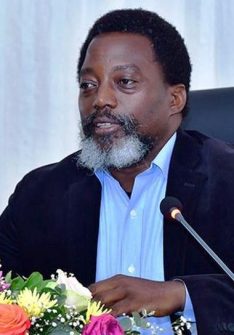 One of these pundits is the former Prime Minister between 2008 and 2012, Adolphe Muzito who was barred from running for the presidency by Constitutional Court in early September. The alleged reason for eliminating him was reportedly an obscure ‘conflict of interest’ with the Lumumbist Unified Party (PALU) from which he was excluded.
Another former Prime Minister, the 94 year old ‘patriarch’ Antoine Gizenga, the founder of PALU was also banned, allegedly on a accusation of forgery after his son signed a document on his behalf to register him as a candidate.  The Court also barred from running the former Congolese vice-president and Kabila’s rival at the 2006 presidential election, Jean-Pierre Bemba. The decision is motivated by Bemba’s condemnation for the bribery of witnesses by the Hague-based International Criminal Court (ICC) Remarkably, however, the Congolese court did not bar from running for a provincial parliament election, Frederic Batumike, a militiamen who was sentenced for the rape of young girls.
Kabila has taken no prisoners. His handpicked Independent National Electoral Commission has banned all the main opposition candidates, except for Félix Tshisekedi, son of the late founder of the Union for Democracy Social Progress and Vital Kamerhe. “The Electoral Commission is under Kabila’s heel “, says Muzito. Some of the eliminated candidates are indeed heavy weights, as showed the important crowd that welcomed in Kinshasa Bemba when he returned from his ten year imprisonmnet, after he was acquitted by the ICC at the beginning of August. Bemba scored an impressive 41,95% at the 2006 presidential election against Joseph Kabila while Gizenga scored 13,06% of the votes at the first round of the presidential election in 2006. 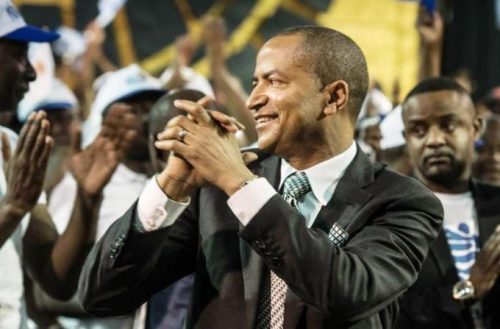 Beyond that, the most popular Congolese politician, according to nationwide opinion polls  carried out by the Berci and Congo Research Group, Moise Katumbi, the former governor of Katanga has not been allowed to register as a presidential candidate. On the last 3 August, Katumbi was banned to enter the Congolese territory at the Zambian border. The Bishops National Conference of the Congo (CENCO) considered that the incident was inacceptable while Renaud Girard, columnist of the Paris-based Figaro daily concluded that the DRC was heading towards a non credible election.
It is not sure that the elections will even take place, considers Muzito. In his opinion, it is quite likely that at some point, the authorities will declare that there are not in a position to organise the elections for logistical and financial reasons. The government claims that it wants to finance them without foreign support but it lacks the means to finance the cost of the elections estimated at one billion dollars, says Thierry Vircoulon from the French Institute of International Relations IFRI. 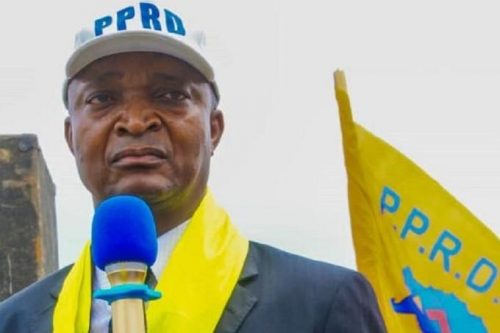 According to Vircoulon, the Kinshasa regime has no interest to organize elections since very few will vote for Kabila’s dauphin, the former permanent secretary of the ruling People’s Party for Reconstruction and Development (PPRD), Emmanuel Ramazani Shadary who was anointed presidential candidate on the last 8 August. All observers coincide that the man lacks charisma. Beyond that, they stress that he is extremely unpopular after the violent repression against the supporters of the Bundia dia Kongo religious movement in the Kongo central region, of demonstrators in Kinshasa in early 2017 and of a rebel movement in the Kasai province. In addition, Ramazani Shadary is a disastrous candidate on the diplomatic scene since he was put in May 2017 on the European Union sanctions list for its alleged role in the planification and the execution of serious human rights violations.
If nevertheless the election do take place anyway, a massive rigging can be expected, warns Adolphe Muzito. There are growing signs that it will be the case. By end August, the Congolese roman Catholics bishops expressed concern about the lack of clarity in the vote registry. In May, the International Organization of Francophony revealed that the fingerprints of 16.6% of the registered voters, about 10 million citizens, were missing, which makes it impossible to check their identities. In addition, the Electoral Commission is adamant to use controversial electronic voting machines. 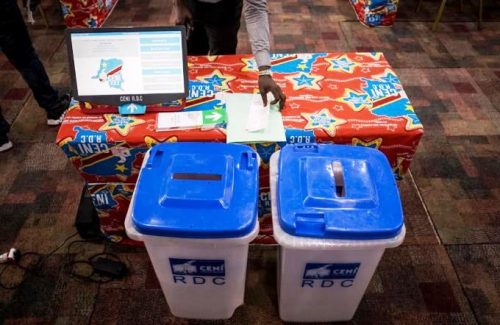 These devices designed by a South Korean company called Miru Systems have been dismissed by the Congolese opposition as ‘cheating machines’, whereas the United States said that they could undermine the credibility of the forthcoming polls. Moreover, last March, the South Korea’s government officially distanced itself from the company and warned that the use of these machines « could give the Congolese government a pretext for undesirable results related to the elections ». Besides, in a country where the majority of the people lives in rural areas, the use of touch screen voting machines is a serious challenge. Another problem is the one month delay in the supply of the first batch of 35,000 machines (out of a total of 110,000) which was observed in early September. 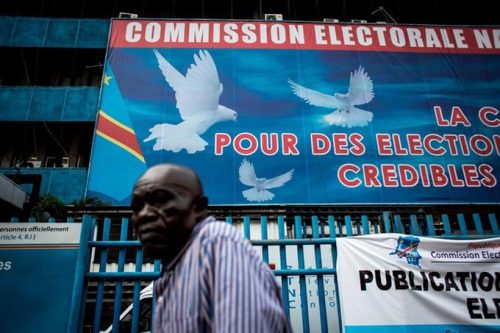 In such context, Adolphe Muzito has called the opposition to unite, to campaign for the organisation of free and fair elections and to come up with a joint programme. But the lack of trust in the transparency of the entire electoral process does not make this challenge an easy one. Muzito’s prediction that Kabila is likely to remain in control of power after the 23 December deadline set for the election, seems realistic. Opposition, civil society and church circles are extremely concerned about the risk that this could trigger new cycle of protest and violence, if the Congolese people react in a desperate way.