From its very foundation, Debre Libanos grew in prestige and power until it surpassed all the other monasteries, thanks in the first place to the personality of its founder, Tekle Haimanot, but also to the permanent support of political power. It is still today at the head of the monastic life in Ethiopia.

The data we have about the life of Tekle Haimanot come from traditions put in writing no earlier than the fifteenth century, 200 years after his death, and they are largely legendary. There are at least three Acts or Gedlat. Putting together the various sources, we may reconstruct the main event of his life as follows. He was born in the province of Shoa, receiving from his parents a deep religious education. At the age of 30, in search of deeper religious commitment, he arrived at the monastery of Hayk, recently founded by Iyasus Mo’a, where he remained for nine years. Then he traveled to the monastery of Debre Damo, where he continued his monastic formation under the Abbot Yohanni, the same one who had instructed Iyasus Mo’a.
Returning to his native land, he stopped again in Hayk, receiving all the monastic customs and usages from Iyasus Mo’a. In 1284 he founded the monastery of Debre Atsbo in his homeland of Shoa, which in the 15th century was renamed as Debre Libanos. 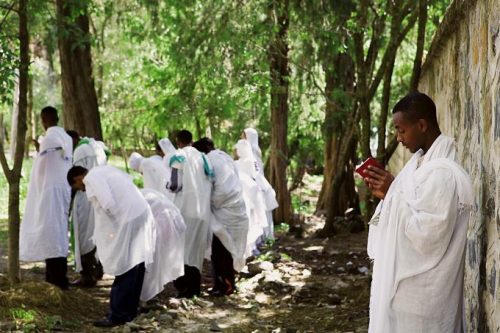 On the life of Tekle Haimanot there are endless legends. One of the best known, which is frequently reproduced in the paintings, is that he lived for seven years in a cave, always standing on one leg without ever lying down. After 7 years, the leg he did not use fell to the ground. Another tradition tells us that he had decided to make a pilgrimage to Jerusalem. When he was coming down from the monastery tied to a rope, the devil cut the rope so that he would fall into the void and die.
But God gave him six wings so he could fly and not hurt himself. With those same wings he would go to Jerusalem not just once but many times, traveling over the clouds. Also the six wings invariably appear in the portraits of the saint.
While some traditions attribute to Iyasus Mo’a the merit of having been the one who decisively influenced the restoration of the so called Solomonic dynasty in 1270, it is more common to attribute it to Tekle Haimanot. Accordingly, a mosaic of the church built by Haile Selassie in 1965 depicts him placing the imperial crown on the head of the young prince Yekuno Amlak. 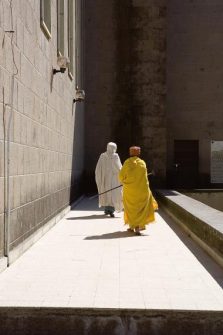 Tekle Haymanot lived for 29 years in the monastery founded by him, dying probably in 1313. He was initially buried in the cave where he had lived, but some 60 years later the body was transferred to a more accessible place, where it was the object of great veneration along the centuries. The recent church ordered by Emperor Haile Selassie was built over the tomb of the saint. Many aristocratic families desired to be buried in Debre Libanos and built their tombs in the grounds of the monastery.
From the 15th century, the abbots of Debre Libanos received the title of echege, which gave them authority over all the monasteries of the nation and which was practically the highest authority in the Ethiopian Orthodox Church after the emperor, since the Patriarchs came from Egypt and, with few exceptions, neither knew the language of the country nor its religious problematic.
With the appointment of the first Patriarch of Ethiopian nationality in 1959, the title of echege was assumed by him. 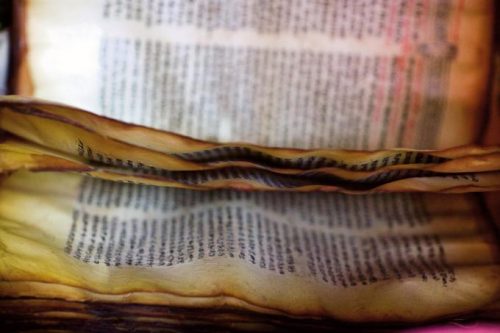 The academic formation in Debre Libanos was very systematic and rich not only in the field of chanting but also in commentary on the Holy Scripture. On the other hand, Debre Libanos did not excel in the austerity of life and solitude, so much cultivated in other monasteries. The wide area of the monastery is always full of people: pilgrims, visitors, sick people, merchants offering every kind of merchandise. Monks are frequently seen mixing with the crowd, easily distinguished by their especial hat and the yellow shawl.
The monastery is easily accessible. It is about 110 kms away from Addis Ababa on the road that leads to Bahr Dar and Gondar. It was not so easy in previous times when that road did not exist. The monastery is built on a rugged and picturesque landscape, at the foot of a large natural cliff and with another large cliff at its foot. It was victim of the devastating incursions of the Muslim leader Ahmed Grañ, who in 1531 totally destroyed it. Its reconstruction was slow and not complete until the reign of Yohannes I, at the end of the 17th century. Apart from the modern church built in 1965 by Haile Selassie, the monastery has an older church and some other buildings that serve as dormitories or classrooms, as well as a series of small individual houses where the monks live. The kitchen is remarkable, a long barracks where the monks’ food is prepared every day, consisting of thick bread cakes and hot spicy sauce. The kitchen is considered a sacred place and visitors must take off their shoes to enter it. 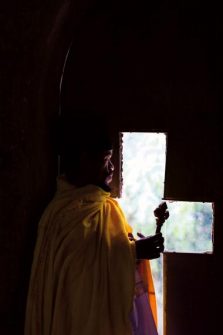 The cave where Tekle Haimanot lived is up in the middle of the cliff, about 20 minutes walk from the main church. Until recent times, it was preserved in its natural state and could be visited freely. Now it has been closed with a concrete wall and a large metal gate and can only be visited when the monk in charge opens the gate. The water that drips from its roof is devoutly collected by the faithful in plastic containers because it is tebel, that is, sacred water. A little below the cave there is an abundant spring which is also tebel and the sick go there to drink or to wash. Emperor Menelik was one of the patients who came regularly to the tebel de Debre Libanos in search of a cure for his illness. 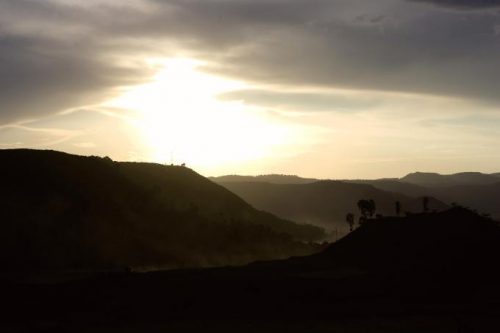 With the invasion of Ethiopia by the Italian fascist troops, the monastery suffered another moment of violence and death. Viceroy Graziani assumed that the Orthodox Church and, in particular, the monks, were the most strong opponents of the invasion and lost no chances for revenge. A propitious occasion was the attempt to assassinate him, which took place in Addis Ababa on February 19, 1937. The two patriots who threw the bombs were said to have fled to Debre Libanos. Graziani, without much research, ordered the commander of the area to kill as many monks as possible. According to the report sent by Graziani to Mussolini, the murdered people were about 400, 297 of them monks. Subsequent investigations raise the death toll to more than 2,000.
Debre Libanos remains today, as it was from its very foundation, the most prestigious of all the monasteries and also the biggest in terms of the number of monks. They are about 500, without including a certain number of hermits living in caves in the surrounding area and the young aspirants or students from other monasteries or churches who go there to complete their studies. (J.G.N.)