For 35 years now, Grégoire Ahongbonon has been helping African mental patients, providing them with treatment care and work. In the final analysis: ‘They are no different from ourselves’.

Grégoire Ahongbonon, 65, originally from Benin, is no psychiatrist. He does not even have any health-care training. He is a mechanic by trade. But he has become not only a great expert but also one of the people in West Africa most committed to the mentally ill. “They are not dangerous. They are not witch doctors or violent people. One has to understand their gestures. If you approach any of them, listen to them and trust them, they return your trust”, he says. 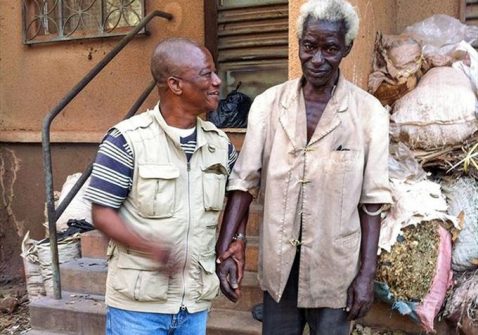 Grégoire’s interest and concern for the living conditions of the mentally ill goes back to the eighties. “In those days, there were only two psychiatric hospitals in the whole of Ivory Coast, a country with a population of over 20 million where I had gone to seek work. That is when I first got the idea of trying to help them”. However, it all grew out of a deep crisis. It was the fifth of November, 1982, when Father Joseph Pasquier, Grégoire’s spiritual director during that difficult period, proposed that he should go to Jerusalem: and he returned completely transformed, aware that, in his Christian life, he had to be ‘a living stone’. He received the gift of being able to see his own situation in a new way, a situation that had always been before his very eyes, without his seeing it as it really was: “I had just been to Mass and received Holy Communion – he recalls – and I saw a man completely abandoned, almost naked and wandering alone. For the first time I saw Jesus himself in him. I believe that all Christians, wherever they may be, must try to learn how to be an instrument of God in their daily lives”. 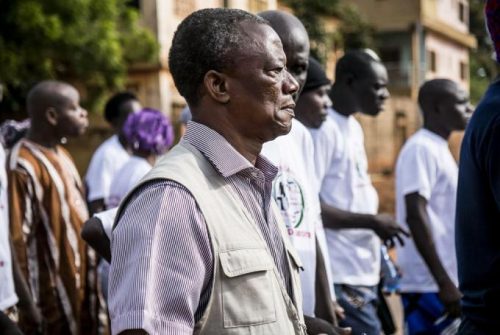 He returned to Ivory Coast in 1983 and founded the Association of Saint Camillus de Lellis, drawing inspiration from the words of the saint: ‘The sick are the apple of God’s eye and close to his very heart. Respect them’. “Before that time – Grégoire recounts, remembering his encounter with one of them – I had noticed people of that sort but I was looking without seeing: then I really saw them and I said to myself: ‘This is Christ himself, the same Christ I look for in churches and to whom I pray; he is here right in front of me’.
He started his work by forming a prayer group and organising the beginnings of assistance in the hospitals and prisons. “At that time I used to go around bringing food to the sick, especially those with psychiatric problems, people nobody cared for or were even hidden away. I sought them out, going from village to village”.In 1994 he opened his first ‘Welcome Centre’ in a former coffee shop at Bouaké hospital towards the north of the country. Since then, more than 60,000 mentally ill people have been treated in the various Centres, some of which are also in neighbouring countries: Benin, Togo and Burkina Faso.At present, there are about 25,000 patients being treated in eight Care Centres, 28 Consultation centres and 13 Rehabilitation Centres. 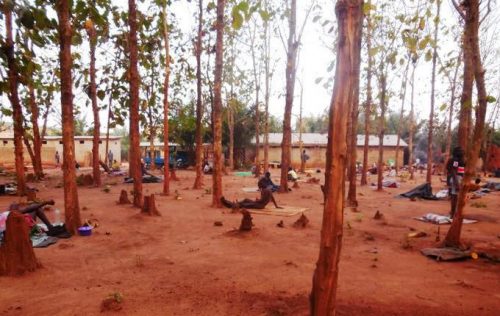 More than 1,000 people have been physically freed from their chains; in some cases, the patients are chained to prevent them harming others, but all too often the chains become a real form of torture. In almost all cases, those people are the victims of witch doctors or quack healers who may even profess to be Christians and hope to gain from the sick by promising miraculous healings while, in actual fact, they extort money from families who do not know how to handle their sick members.
“As long as there is even a single person chained to a tree or confined in a hut, the whole of humanity will be in chains”, insists Grégoire who, with his commitment and his work, seeks a change of vision and mentality, and even to undo the many prejudices and ‘legends’ that surround people affected by mental illnesses. For this reason, together with his work of hospitality and treatment, Grégoire continues tirelessly with his work of sensitisation at all levels, both in Africa and abroad. 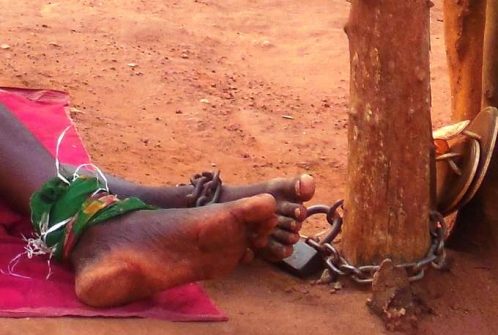 Grégoire knows very well that it will take many years to convince people that “mental illnesses are illnesses like any other and can be treated with medicine and that the mentally ill are people like ourselves. For many of them the first ‘medicine’ is work. When they have work to do, they regain their human dignity and feel like everyone else. They need to feel loved and especially need to feel trusted. After all these years, I am convinced that the mentally ill can be treated and cured, but not only with medicine”.Because he is so convinced, Grégoire has involved many former patients in his Centres, whether cured or stabilised, thanks to therapies that require the use of psycho-pharmacological medicine but also a good dose of humanity, Christian love and community support. “Their presence – he adds – helps create a relationship of trust with the other patients and gives them the chance to have a regular job”. This is also confirmed by the Camillian missionary, Thierry de Rodellec, who runs the Djougou Centre in Northern Benin: “The charism of this work – he says – is to look upon the sick in a way that differs from that of official psychiatry. There is no longer a barrier between the one who gives and the one who receives treatment; they are both on the same level of equality. The first moments when sick persons are approached, when they are taken off the street or arrive at the Centre accompanied by their relatives, are decisive: they feel people looking at them as nobody had done for years. When they start to feel better, they accept with enthusiasm the suggestion that they, in turn, take care of the new patients. In this way, a therapeutic community is built up where the sick take care of the sick”. 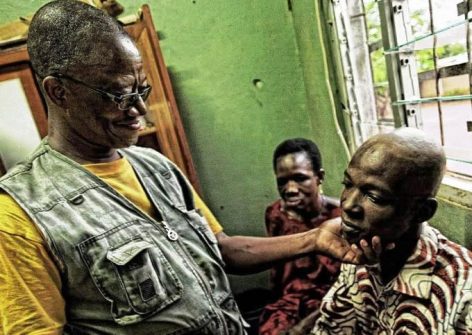 In his work, Grégoire strongly feels the presence of the Church and prayer. He tells us: “There are many lay people and priests who support us, in Africa and elsewhere. We feel supported most of all when one particular aspect of our work is understood: this is not our work alone. I know that, without the prayers of many others, I could not continue. The first thing I ask for is for everyone to pray for us”.
He also spoke to us about the ‘Oasis of Love Fraternity’ which began within the Saint Camillus Association, Grégoire’s operative branch. Today the Fraternity has around twenty former patients consecrated to the cause of the mentally ill. These are all signs of Divine Providence which has never fallen short: “My family is very much involved in my work. My youngest daughter chose to study medicine and is now a doctor, specialising in psychiatry. I did what God asked of me and God looked after those who supported me”. With great emotion, he tells how his family never lacked anything. “Also for my wife Léontine, our commitment has become her joy. I could not continue without her. We are all united in this work with the Lord”. (L.M.)