The South African musician and composer was active both in music and in politics. At the cost of exile. Together with Hugh Masekela, a reference point for jazz enthusiasts.

He died on 23 January, the same day on which, in 2018, Hugh Masekela passed away. The South African trombonist Jonas Gwangwa was just eighteen months older than the trumpet player. Gwangwa and Masekela belonged to the same musical generation and shared the beginnings and other events of their careers; they also shared the experience of exile from South Africa due to apartheid. 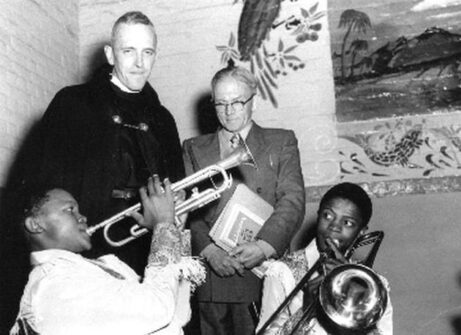 Fr Huddleston with two members of the ‘Huddleston Jazz Band’ the teenage Jonas Gwangwa and Hugh Masekela, with Alan Paton.

Fascinated in the fifties by Bix Beiderbecke, fourteen-year-old Hugh Masekela asked Trevor Huddleston, an English protestant pastor ministering in Sophiatown, a suburb of Johannesburg, if he could have a trumpet. Huddleston – who would later become a reference point in the international movement against apartheid – ended up by giving him what he wanted, with the result that other small boys also asked for various instruments. A small orchestra was born called the Huddleston Jazz Band: on the trombone, there was Jonas Gwangwa, born in October 1937 in Orlando East, Soweto, in a family that loved music and
often came together to sing. 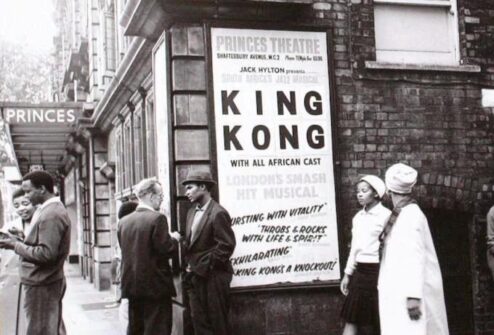 The boy preferred the clarinet but accepted what he was given. In a matter of a few years, Gwangwa and Masekela became the outstanding figures of the new generation of jazz in South Africa and were extremely popular among the urbanised black masses. In the late fifties, they featured on a pioneering album of modern South African jazz alongside the American pianist John Mehegan, and became members of the Jazz Epistles group whose pianist was – another outstanding personality – Dollar Brand (he would later take the name Abdullah Ibrahim and, once established in the United States, enjoyed a career among the foremost jazz musicians).
With the Jazz Epistles, with whom Gwangwa tried his first efforts at composition, South African jazz reached the level of contemporary American hard hop and found harmony of soul in this prevalently black style of music, interlaced with new disquiet and tension.

The American years
During that same phase, Gwangwa and Masekela were part of the all-black cast of ‘King Kong’, the most famous South African musical first performed in 1959. When, on the crest of a wave of success, ‘King Kong’ was first performed in London in 1961, South Africa had already experienced the massacre of Sharpeville (1960), so Gwangwa and another member of the band decided not to return to their country.  Like Masekela, he went to the United States where, with the help of Harry Belafonte, he studied music at the Manhattan School of Music.
Without matching the popularity of Masekela (or Miriam Makeba), Gwangwa was honoured beyond the Atlantic and made an important contribution to opening up music with South African traits to American mass consumption, at a time when African music was still mostly unknown, and not only to the public at large. 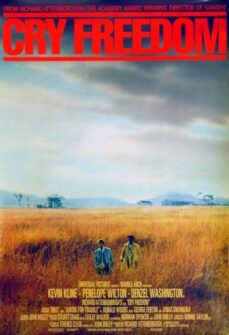 Gwangwa was given charge of the musical direction and arrangements of the album An Evening with Belafonte/Makeba and, as trombonist and vocalist (and composer) he played with Masekela on various albums by the trombonist, such as Grrr in 1966, Hugh Masekela & The Union of South Africa in 1971, and Main Event Live in 1978, attributed to Masekela and the star of exotic easy-listening, Herb Alpert.
As the seventies drew to a close, Gwangwa felt the need to approach his own country: he settled in Gaborone in Botswana (Masekela would do likewise a few years later), founded the Shakawe band with South African and local musicians and took part in the activities of Medu Art Ensemble, a group of anti-apartheid artists. In June 1985, during an attack on the South African army in Gaborone, several members of Medu were killed and Gwangwa’s house was destroyed. Gwangwa braved other dangers in Angola where, at the request of the leader of the African National Congress, Oliver Tambo, in the early eighties he founded Amandla,  a team of artists to officially represent the ANC, which he directed up to 1990 and with which he organised a musical struggle against apartheid that reached forty different countries.

Wembley 1988
Together with the British composer George Fenton, he worked on the soundtrack of Cry Freedom, the film about Steve Biko directed by Richard Attenborough which achieved numerous plaudits. In 1988, like Makeba and Masekela, he took part at London’s Wembley Stadium in a concert for Nelson Mandela’s seventieth birthday, a mega-event that had 600 million TV viewers and sounded the death knell of the Pretoria regime. 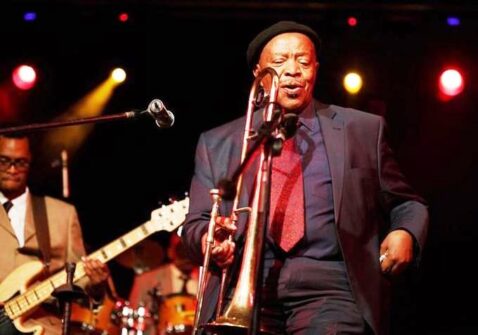 Johannesburg. Jonas Gwangwa performs at the Joy of Jazz in 2014. (photo: Mail&Guardian).

Back home in 1991, after thirty years of exile, Gwangwa devoted his time to composing music and performed live concerts with the unmistakable communication, flavour and poetry of popular music and South African jazz. Gwangwa’s greatness was also due to having at his side a great woman of the generation of exile and struggle: Violet Gwangwa, who died a few weeks before her husband. They grew up together and became engaged in the late fifties. Later, when Jonas chose not to return, they were separated until the mid-seventies: they met again in Botswana and were married four days later.