The Qhapaq Ñan is an extraordinary set of roads constructed by the Incas. This network connects several Andean villages and sites that highlight the Inca ancestral architecture. This road system was a route of trade and it contributed greatly to cultural exchanges.

The Qhapaq Ñan is a set of roads, which is said to be more than 60000 km long, and that was used for several centuries by the Incas for communication, trade and defence. Based partly on pre-Inca infrastructure it reached its maximum expression in the period of Tawantinsuyu (Inca empire) when it spread across the length and breadth of the Andes in what are nowadays Argentina, Bolivia, Colombia, Ecuador, Peru, and Chile. The network is based on four main routes, which originate from the central square of Cuzco, the capital of Tawantinsuyu. These main routes are connected to several other road networks of lower hierarchy, which created linkages and cross-connections. The four routes allowed travel through the conquered territories: the Chinchaysuyo to the north, the Collasuyo to the south, the Antisuyo to the east and the Contisuyo to the west . 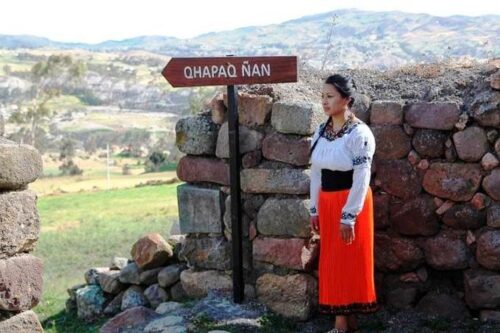 The Qhapaq Ñan or Inca road is expression of the ancestral Inca architecture; in fact, while travelling along the whole path, one can admire different architectural designs: ramps, stairways, chacas (suspension bridges),which show the knowledge of our ancestors. This network of roads allowed the trade, between the towns of the highlands and those of the valley, of the agricultural production, on which the economy of the Inca empire was based. However, the Qhapaq Ñan not only exhibits important processes of interchange of goods, but also of communication and cultural traditions.
The chasquis by travelling through the Inca roads brought news and notices from the Inca king to the local authorities of the four suyus (regions) and vice versa. The chasquis were the great communicators of the important historical, military and social events.
While the wise spiritual Yatiris travelled through the Qhapaq Ñan to reach villages or sacred places, they performed healing rituals or celebrations, such as that of the Andean New Year or the Inti Raymi,
or the Sara Raymi. 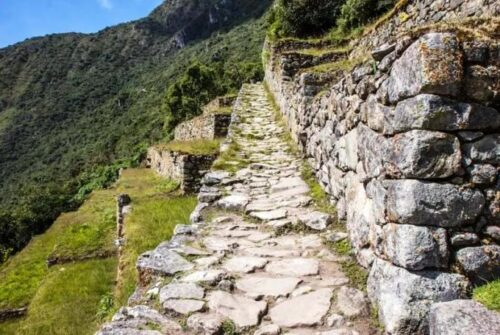 Unfortunately, during colonial times, the great Qhapaq Ñan, was used for other purposes; it was used to invade and destroy the Tawantinsuyu, to invade villages, to impose the natives the colonizers’domination, and to take the indigenous slaves to the mines of Cerro Rico (rich hill) in Potosí, Bolivia. The Inca road was then forgotten in modern times. But the  populations of the nearby towns did not lose the significance of the Qhapaq Ñan, and its archaeological works raised new interest in the meaning of this extraordinary road system. In this regard in 2001,the government of Peru began to promote the multilateral postulation of the “Inca Trail” as a World Heritage site to UNESCO. 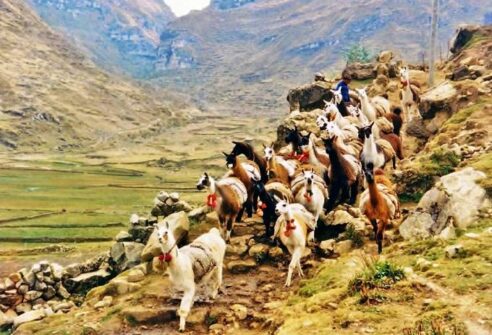 This cultural itinerary, in fact, meets the six criteria of exceptional cultural value, because: first, it represents a masterpiece of human creative genius; second, it attests to a considerable exchange of human values; third, it provides a unique, or at least exceptional, testimony about a cultural tradition of a civilization; fourth, it is an eminently representative sample of the type of construction, architectural or technological complex and landscape, which illustrates a significant period of human history; fifth, it is a prominent example of a traditional form of human settlement and land use, representative of a culture; and sixth, it is directly associated with living traditions, ideas and beliefs that have exceptional universal importance. 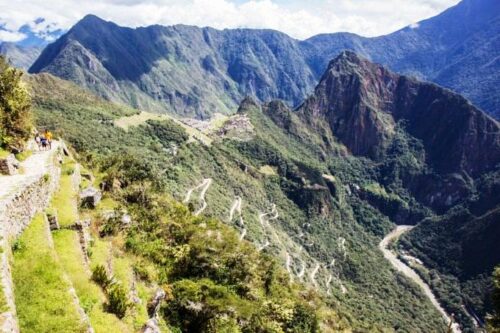 Since then, cultural revitalization has been carried out in order to make the Qhapaq Ñan regain its original meaning. Currently the Inca Trail has become an element of intercultural, spiritual, political and social binational integration between Peru and Bolivia. In fact, every year in June, the authorities of both countries make a journey through the Qhapaq Ñan and promote activities in the border towns.