A museum project has been launched this year under the care of architect David Adjaye who wishes to give value to the cultural heritage of the ancient kingdom of Benin (XII-XIX centuries), of which Edo was the capital. Besides the bronze items and historical remains, there will also be room for contemporary artworks. The British Museum is involved in the project.

In Looking for Transwondetland, the writer Noo Saro-Wiwa, daughter of Ogoni activist Ken Saro-Wiwa, devotes a whole chapter to Benin City (Nigeria), the ancient Edo which was the capital of the glorious empire of Benin. In that chapter, she tells of the glories of the city and its long lost artistic and architectural greatness, as a counterpoint to the neglect she observed during her journey and the abandoned state of the civic museum which nevertheless contained exquisitely made objects. “The bronze container for cola nuts in the form of a fish goes back to the sixteenth century; the cockerel, also in bronze, which once had its place on the altar dedicated to defunct queens; the container in the form of a leopard which the oba (king and religious head) used during ritual hand-washing. I had to restrain myself from caressing the inlay work on bracelets, ivory flutes and magnificent elephant tusks,” Noo writes. Soon afterwards she adds: “After the British invasion in 1897, the more refined objects were scattered and accumulated in various parts of the world such as the British Museum and the Louvre in Paris or the ethnological museum of Berlin. Despite all of this, a vast amount of wonderful items are on display in the National Museum of Benin City …” 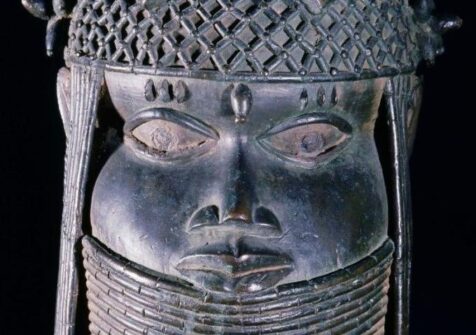 Present-day Nigerian museums are, instead, in a terrible state, adds one of her interviewers, a journalist she met by chance and boasted of having a thorough knowledge of the artistic patrimony of the country.
To reach the museum of Benin City, Noo Saro-Wiwa had to enter a sort of dangerous obstacle race, requiring her to reach a compromise over the questions of information and signposting. It is nine years since her book was published. The scenario may quickly change. In Benin City, during this year, a large archaeological dig is to be started which will reveal the walls of Edo and the remains of the imperial palace. A museum is to be built over these remains in which the historical artefacts now present in Nigeria, together with those that are to be returned, due to the agreements gradually negotiated within the debate on restoration, will be suitably displayed. 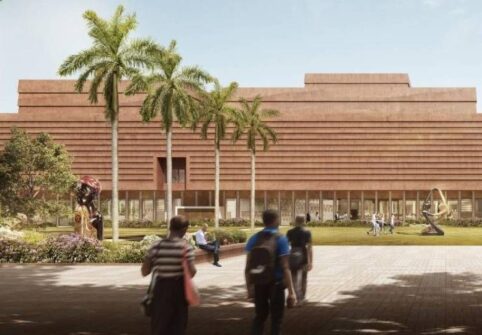 The mega-project was announced in mid-November, (financed to the tune of four million dollars), by the Legacy Restoration Trust (a Nigerian non-profit organisation institutionally concerned with recovering and valuing the historical and artistic heritage of Benin City), the British Museum (which holds more than 900 objects from the Benin empire) and the studio Adjaye Associates. The Ghanaian celebrity David Adjaye has been placed in charge of the project.
The Edo Museum of West African Art will not be limited to acquiring artefacts like a traditional museum, Adjaye explained. Its structure will incorporate archaeological remains. The orthogonal walls and the network of courtyards of the ancient capital will form an active part of the planned display: “It will be geared to being a reminder of the collective memories lost in the past, and promoting understanding of the greatness of this civilisation and culture”.
These memories are in imminent danger of being lost. As Noo Saro-Wiwa observes, even diaspora Nigerians know more about the ancient Ethiopian kingdoms than the history of their own motherland. Today, very few people know anything of the centralised political system and the relations of parity it maintained with European countries, or about the autonomy it succeeded in maintaining regarding the United Kingdom (for a long time, it was the only kingdom on the Nigerian coast not to be subject to British control). 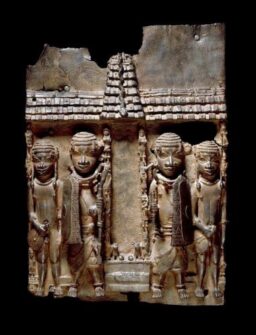 Besides the bronzes, there will be room in the pavilions for historical artefacts in other materials and also contemporary works of art. Photographs of the museum show, for example, the splendid Flying Girls by sculptor Peju Alatise. The aim is to give life to a cultural pole that attributes its complete value to Nigerian heritage. “Benin City boasts an enormous amount of artefacts and ruins that may, and must contain all the elements of a multi-disciplinary research centre, including archaeology, art, education, history and the protection of the environment” – explained Godwin Obaseki, Governor of the state of Edo. “The construction of a museum at this level demands careful archaeological work that guarantees the conservation of buried historical remains and the rigorous registration and cataloguing of the artefacts”. It will also involve the local community in starting support activities and the completion of the cultural investment. Benin City no longer wishes to be known for its human trafficking (a large number of women prostitutes from here are spread worldwide), but for its new cultural tourism, both national and international.