The meaning of the rites of passage in Africa culture. ‘The funeral rites express the solidarity of the living with their dead relative; in some way, the relatives and the whole village accompany the dead and help them reach their destination’.

In the Democratic Republic of Congo, during funeral rites those who lift the coffin in order to carry it to the graveyard do it three times. They lift it and put it back on the ground three times before they carry it. This is a clear résumé of the life of an adult: birth, initiation into adulthood, and death. All these stages of life are accompanied by practices, which anthropologists call rites of passage.
A rite of passage, which can also be called a process of initiation, is a series of ceremonies aimed at changing the status of a person: from childhood to adulthood, from an ordinary person to a chief, from a prince to a king, from a bachelor to a married person, etc.  In the case of death, it is from a living person to an ancestor. 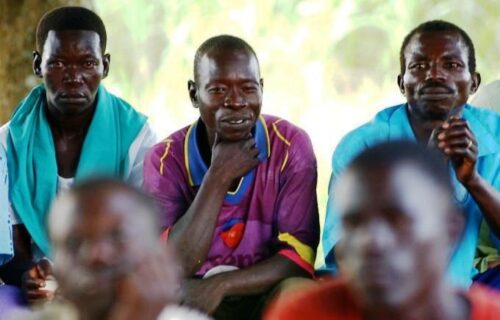 Usually, there are three main stages in a rite of passage: separation, seclusion and aggregation or re-integration into society. Separation is often solemn and dramatic. The future initiate leaves their family or village. They do not belong anymore to it until the whole process is concluded. They are torn or snatched from culture (village) to nature (bush or forest) in a movement which can be called regressive because it takes them symbolically to the foetal state preparing for a kind of re-birth.In funerals, this separation takes place immediately after the death announcement. It takes the form of very loud wailing and confusion. It is repeated every time the dead body is lifted from one place to another for different funeral rites. The deceased is removed from the world of the living and starts the journey to the domain of the ancestors. All the funeral rites are meant to help them attain the status of an ancestor.
Whoever is acquainted with African funerals knows that there is a time when the wailing dies down.
This is the second stage of the rite of passage, namely, seclusion. This is when the dead body is being washed, dressed, and prepared for exposition. The members of the mourning family also observe a period of seclusion until the mourning days are over. They are not allowed to leave the home. Like the dead person, they are in seclusion. For some tribes, they neither bathe nor lie on beds in solidarity with the dead person who will never bathe nor lie on a bed again. 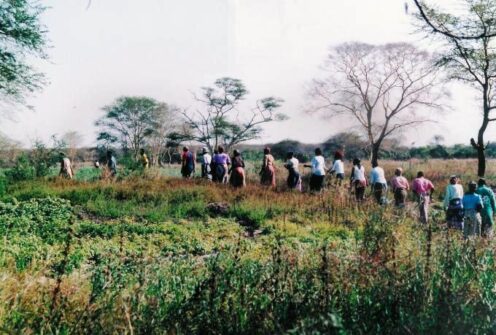 In other rites of passage, the group of initiates undergoes this phase as a group accompanied only by the initiators but in the case of death, the deceased has to be joined by the immediate members of the family. Notice that the word ‘rite’ comes from the Sanskrit ‘rita’ which means ‘order’. One of the aims of the rites of passage is to bring order in the individual who is changing physically and psychologically and in the society in which that change takes place. This explains why funeral rites are followed to the letter. While for the dead failure to carry them out well will prevent them from becoming an ancestor (in which case they will become a dangerous wandering spirit that will haunt especially their family), for society, it can end in chaos.
For the deceased, burial is part of seclusion or marginalization which corresponds to staying in the bush, forest, or house for initiation into adulthood. Some societies have modernized the end of this seclusion by creating what is called the unveiling of the tombstone. It is a kind of symbolic resurrection.
The last stage is the one of aggregation or reintegration into society. It is marked by feasting. The initiate is reborn and transformed. They were symbolically killed; so, they symbolically resurrect to a new life with a new name and a new social status. In the case of death, the process of death is ended and it is believed that the departed has reached the domain of the ancestors, thanks to the funeral rites and to the good life they lived before death. They are now being called back to their people as a life-giving spirit. 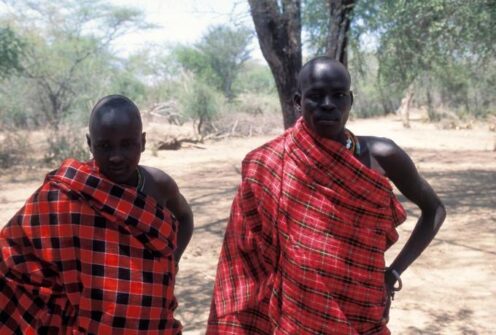 Remember that at death, the living said goodbye to them, bidding them to go; now they have to come back.
People gather once again, they eat, drink, dance and in some tribes, they install an heir for them if they had children in life.
Towards the end of this so-called second funeral, all the signs of death are removed, and no one should weep anymore for the deceased. This is why in Luganda (Baganda people – Uganda) this kind of aggregation is called kwabya lumbe, meaning ‘to destroy death’.
In Africa, after death, the human person remains for some time among his people and when they are buried, the journey to the land of the ancestors begins concretely by the process of decomposition until they become a skeleton. This is what we call ‘physical death’. Parallel to that process which on the spiritual level leads them to the spiritual world, is the ‘social death’ operated by the living. The family of the deceased associates itself to the mysterious journey which they undertake in order to join the community of the ancestors.
The funeral rites express the solidarity of the living with their dead relative; in some way, the relatives and the whole village accompany the dead and help them reach their destination. (Photo: 123rf.com)