In the context of the changes in power relations on the Asian continent, the movements of another power, India, merit particular attention to anticipate future scenarios. Often under-exposed by the media, New Delhi is showing itself to be playing an active role in the area, backed by its 1.3 billion inhabitants.

Like China, India desperately needs to develop a vast infrastructure network capable of connecting it to central-northern Europe, via Iran, central Asia and Russia. This it must also do while avoiding Pakistan, its historical rival, whose geographical position constitutes a serious obstacle to the land of the Ganges.
This problematic situation is aggravated by Sino-Pakistani cooperation that has led to the creation of the new port of Gwadar, in south West Pakistan at about 700 kilometres from the coastal city of Karachi and situated in a zone that is strategic to access to the Gulf of Oman and the Persian Gulf. This port allows Peking the benefit of a formidable bank facing the Arabian Peninsula and Iran, bringing China and Pakistan to create an infrastructure corridor connecting Gwadar with the Chinese province of Xinjiang. 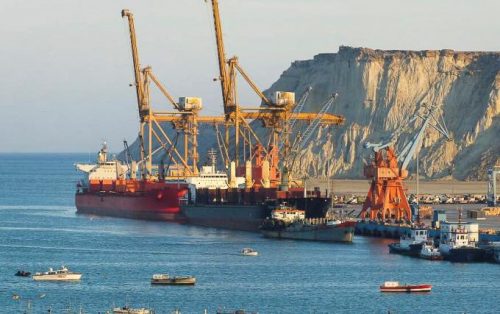 To counter these Chinese moves, New Delhi has increased cooperation with Teheran, deciding to invest in the Iranian port of Chabahar, in the region of Balukistan, located less than 100 km from its rival structure of Gwadar. The accord between the two countries was signed in June 2015 during the visit to Iran of the Indian Prime Minister Narendra Modi, who signed off investments in the port of Chabahar amounting to about 500 million dollars, the first time India invested financially in a foreign port.
India also committed itself to providing the equivalent of 400 million dollars in steel for the construction of a railway line from Chabahar to the city of Zahedan, a short distance from the border with Afghanistan, a country in whose process of stabilisation India is playing a determining role (from 2001 to today it has invested two billion dollars).
In August 2016 a trilateral summit was held between Azerbaijan, Iran and Russia, in the Azerbaijan capital for the purpose of realizing the ambitious project of a ‘North-South Corridor’ (already on the table since April of the same year), capable of connecting India to northern Europe, passing through the crucial median states, most important of which were obviously those present at the Baku meeting.
The new infrastructure network, formed of port, railways and motorways, will cover a distance of around 7,200 km, helping to reduce drastically the time required to move goods between the various Eurasian states (and, in the future, those of Africa). According to the intentions of the planners, this project will reduce by 14 days the time required for the transit of goods between India and Russia, also halving the time at present required for Indian ships to reach Europe via the Suez Canal, even though the Canal was only recently widened in August 2015. 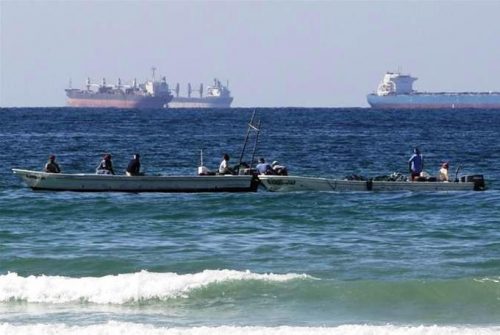 The Strait of Hormuz

According to this project, Indian ships would leave Mumbai, calling at the Iranian port of Bandar Abbas, in the Straits of Hormuz, the stretch of water at the entrance to the Persian Gulf, where they would then send their cargoes by land. The goods would then pass through Baku, Astrakhan, reaching Moscow and St Petersburg and then entering Europe. Besides the above-mentioned states, the work would also benefit all those bordering states where there would be a collapse of the time and cost required for moving goods in a zone that is strategic for the future of the world economy.
The consequences of this grand project will be felt in various countries, some of which will be considerably damaged. One of these is Egypt where the Suez Canal, fundamental to the passage of world maritime traffic ever since it was opened in the XIX century. Besides this Arab country, the other great excluded state is Pakistan, compelled to assist at its own outflanking by its historical rival, India. It is more difficult to analyze the effects that this work would have on different European states where it is possible to imagine that the preference shown by the project for the northern part of the continent may, together with a reduction in Suez traffic, be to the detriment of Mediterranean Europe. 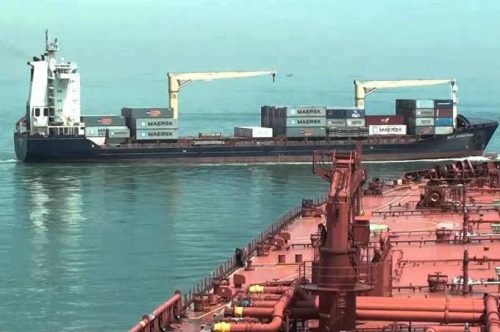 Among the major beneficiaries will be the states of Central Asia which may form part of the New Silk Road, reinforcing their own strategic role as transit countries for goods and energy. Along with them, Russia will have the opportunity to develop its own economy, especially in times when the price of crude oil is dangerously low, with serious damage to the coffers of countries, Russia especially, that owe a significant part of their income to the sale of oil and natural gas.
In this context, India, with a growth rate among the highest in the world (at present above 7% pa), will play an important role in its own development. New Delhi, in fact, does not yet have an industrial sector comparable to the great exporting powers, above all China, with an unemployment rate in the agricultural sector of about 60% of the total, against 28% in services and 12% in industry.  Its support for the North-South Corridor is, therefore, a sign of the desire of the Indian government to aim at the industrialisation of the country, so as to achieve, in the medium term, a significant increase in exports. This objective would increment the possibility of Indian commercial development, especially if it succeeded in concretising, within a reasonable time, an agreement on free trade between India and the European Union, something that has been talked about for years, which would allow New Delhi to integrate more fully into the rich markets of Europe. (F.R.)