Congo’s most popular politician, the former governor of Katanga, Moise Katumbi, might be excluded from the presidential race.

For the last two years, the 53 years old flamboyant Congolese business and former governor of Katanga, Moise Katumbi Chapwe who declared himself a candidate to the presidential election in May 2016, is coming ahead in most opinion polls. One of the last ones, conducted jointly by the New York based Congo Research Group (CRG) and the Kinshasa-based BERCI consultancy showed that 78% of the Congolese have a favourable opinion of Katumbi, whereas 74% think that President Joseph Kabila should resign to enable a smooth transition. Katumbi is the most popular leader with a 24% support, ahead of two other opposition leaders, Felix Tshisekedi (13%) and Vital Kamerhe (9%), of Adolphe Muzito, a former Prime Minister of Joseph Kabila (8%) followed by the incumbent (6%) who is not allowed to run. Indeed, under the 2006 constitution, President Kabila, whose mandate expired on the 19 December 2016, cannot remain in office more than two terms. 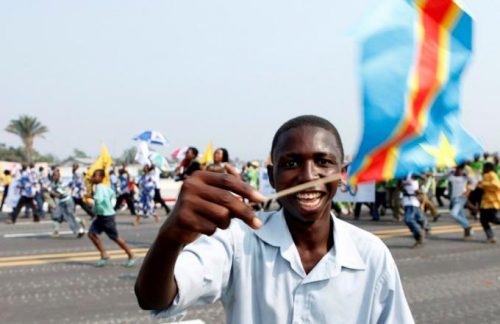 Katumbi is undeniably the favourite for the election which has been postponed already twice to December 2017 and to December 2018, owing to delays orchestrated by the presidential side. The man who made a fortune in several businesses, acting namely as a service provider of the mining industry of Katanga, was named person of the year 2015 by the Jeune Afrique panafrican weekly. He acquired a widespread popularity as governor of Katanga between 2007 and 2015 and as chairman of the Lubumbashi TP Mazembe football club which won five times the Africa Champions League
On the last 12 March, Katumbi who lives in exile in Belgium since 2016, launched in Johannesburg a new party called “Ensemble pour le changement” (together for change) with several heavy weights of the Congolese political spectrum including former ministers of Joseph Kabila and of the late President Mobutu Sese Seko. 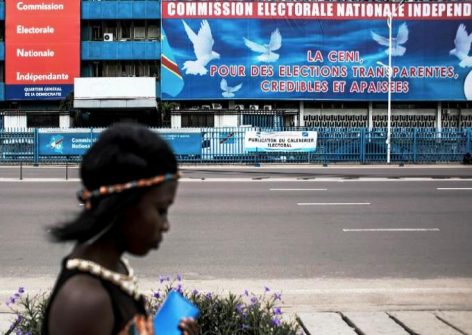 As shows the CRG-Berci polls, Katumbi has a nationwide support, being the preferred candidate in 16 of the DRC’s 26 provinces. “Another Congo is possible. We say “no” to dictatorship. The time is no longer for predators but for builders”, said Katumbi in a video-recorded speech, during which he highlighted the priorities of his programme: national reconciliation, fighting corruption, putting an end to impunity, increasing the education and health budgets and diversifying the economy out of the mining sector. Katumbi also promised to mobilise up to 100 billion dollars of investments, to encourage public private partnerships, and unlock provinces through the maintenance of 23,000 km of roads and the rehabilitation of the railway network. The ex-governor of the mining rich Katanga has lots of plans to boost the production, consolidate the DRC’s strategic lead on the cobalt and copper markets, by adding value to minerals and use the profits to finance modern infrastructure and improve water and electricity access. 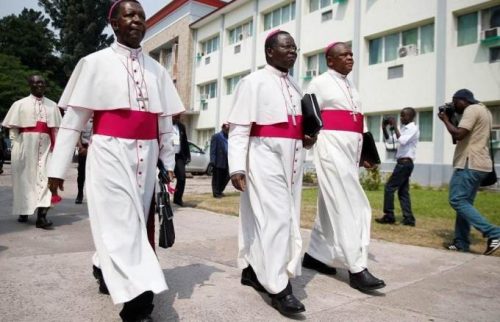 Yet, despite his popularity, there is no guarantee that Katumbi will be able to run. Indeed, the former governor of Katanga is the target of a real judicial persecution. Moïse Katumbi is facing a number of trials, which are called a “mascarade” by the Roman Catholic Bishops Conference CENCO. By end June 2018, he will be facing a trial by the Supreme Court for his alleged involvement in the recruitment of “mercenaries”, after the arrest of his four bodyguards in May 2016.  Curiously, the ANR national intelligence and the Congolese justice disagree upon the date of the alleged offence.  In May 2016, Moise Katumbi was also sentenced to three year prison for the alleged illegal acquisition of a real estate property. Then, in March 2018, a Congolese judge filed charges of forgery against the former governor because he held Congolese identity documents during a period where he was an Italian citizen. Under the 2006 Constitution, Congolese citizens are indeed not allowed to retain a double nationality. According to Jeune Afrique, Katumbi retained the Italian citizenship between 2000 and 2017. Now, the Congolese Justice is only targeting Katumbi, despite the fact that over 100 other Congolese high ranking politicians retain another nationality, points out the Brussels-based daily La Libre Belgique. The paper stresses that more than a third of the 120 Senators are Belgian citizens. The list includes former Prime Minister Samy Badibanga and the current Ministers of Labour and Budget. On the last 3 April, Moïse Katumbi tweeted that these manoeuvres did only strengthen his will to pursue his fight to free his country.
He also confirmed that he was candidate for the forthcoming presidential election and reminded that he was born in Katanga and descendent of the late King Baysoka, Msiri. 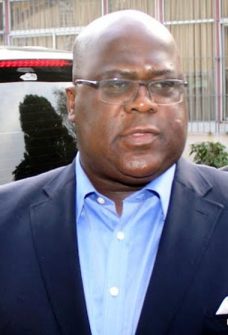 Another challenge for Moïse Katumbi is the opposition’s incapacity to present a united front at the president election. By end March, the leader of the Union for Democracy and Social Progress, Felix Tshisekedi was elected as presidential candidate at a party congress while other politicians also expressed their wish to run. The risk is that even if they gather together more votes than the candidate of the pro-Kabila People’s Party for Reconstruction and Development (PPRD) and its allies, the latter could theoretically have a chance to win.  Indeed, a controversial constitutional reform voted in 2010 by the parliament reduced the vote to a single round from two.
Since Kabila is not allowed to run under the constitution, one of the last scenarios he is envisaging is a Medvedev-type scenario, report insiders in Kinshasa. According to the spokesman of Kabila’s allied Unified Lumumbist Party (PALU), Christian Wolf Kimasa, there has been an agreement that in return for PALU’s support to Kabila at the presidential elections in 2006 and 2011, Kabila and his PPRD party would back PALU’s candidate at the following election. A meeting on the last 19 March between Kabila and the 92 years old PALU chairman Antoine Gizenga fuelled the rumours of such deal. 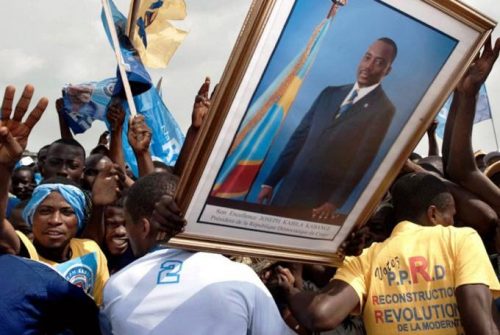 Accordingly, Kabila would back Gizenga and once elected, the old man would resign after a few months. Then, he would be replaced by Kabila who would in the meantime become speaker of the Senate and in this capacity, would become automatically interim President, thus in a comfortable position to organise his own election. It is everyone’s guess in Kinshasa that Kabila’s election would be substantially eased by the National Independent Electoral Commission (CENI) which is not trusted 69% of the Congolese, according to the CRG-BERCI polls.
This distrust could be justified. The opposition, the civil society and diplomats are suspicious of CENI’s acquisition of South-Korean made voting machines. Interestingly enough, the South Korean government itself told Jeune Afrique weekly it was concerned by the risk that these machines might be used by CENI to obtain undesired electoral results. The US ambassador at the UN, Niki Haley also warned the Congolese government that it should abandon the use of these machines because they did not look reliable and bore a risk of questioning electoral results. There has been a precedent. The fraud in the compilation of votes by CENI computers was the main reason why the elections were declared as not credible in 2011 by international observers.
François Misser