The rumba is a typically Congolese rhythm. This popular music, which crossed the Atlantic Ocean during the slave trade, spread to Latin America. Transformed, it returned home to the Democratic Republic of Congo (DRC) and the Republic of Congo, from where it conquered the African continent and the whole world. Since 2021, it has been an Intangible Heritage of Humanity.

“The rumba is our most important sound mineral, with which we identify ourselves all over the world”, said Antoine Manda Tchebwe, director general of the International Centre for Bantas Civilizations, at the international symposium on Congolese rumba which was held in March 2020 at the new Kinshasa Museum. 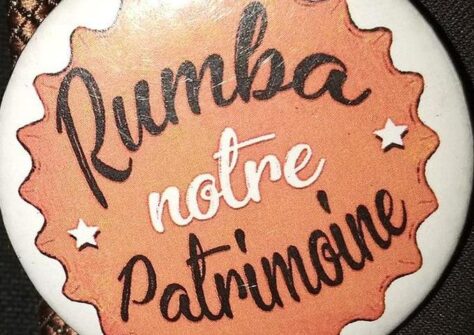 For its part, the Joint Scientific Commission on rumba, constituted by the two Congos, in presenting to UNESCO the candidacy of the rumba within the Intangible Heritage of Humanity, in one of its documents, declared that rumba “is the expression par excellence of our passion for life, of our resilience. A travelling companion on the journey of the struggle in the political history of the two countries, it ended up becoming not only a space for celebration but also a vector for mobilizing popular consciences.” On 14 December last, it was included in the list of the Immortal Heritage of Humanity.

African music par excellence
The rumba has its roots in the nkumba – the native dance in Kikongo – practised in the former Kingdom of Congo, which included part of the two Congos and Angola. Between the 16th and 20th centuries, thousands of slaves from these territories were deported to the Caribbean. Despite the conditions to which they were subjected, they preserved their cultural heritage and in their small associations, according to the ethnic groups, they perpetuated their spirituality and the musical richness of their land. In very different contexts – weddings, funerals, births, etc. – and in events of a recreational nature, the practice of the nkumba continued, which the Spanish colonists later called ‘rumba’. This developed and changed under the Latin influence and became popular, especially in Cuba and the Antilles, and then spread throughout Latin America. 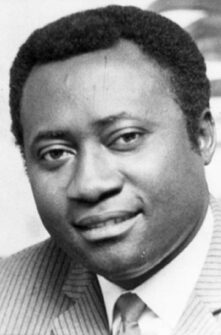 Joseph Kabasele with his irresistible hit Independance Cha Cha, in 1960.

The Congolese rumba begins to emerge overwhelmingly in the early 1950s, particularly in Kinshasa. At the end of the decade, its projection on a pan-African scale begins: Independance Cha Cha, the irresistible hit by Joseph Kabasele in 1960, accompanied the negotiations for the independence of the Belgian Congo to Brussels, but then made much of black Africa dance in the wave of independence.
Subsequent albums spurred the rapid expansion of Congolese music, which quickly attracted the attention of radio stations across the continent. Big names like Tabu Ley Rocherau, Franco Luambo Makiadi, Paul Mwanga and Doctor Nico have emerged.
Across the Congo River, in Brazzaville, Franklin Bukaka, Paul Kamba and Pamelo Mounka were the centre of attention.
In 1966, with Tabu Ley and his group Afrisa International, the Congolese rumba was present at the First World Black Art Festival in Dakar, Senegal, and in 1970 Tabu Ley performed at the Olympia in Paris. In a short time, ‘The former Zaire became the standard-bearer of African music: all music lovers, young and old, celebrated and affirmed the coherence and beauty of modern Zairean music. Their recordings attracted all the markets of the country, but also of East and West Africa. The rumba was even considered the African dance par excellence’, wrote the Congolese Pius Ngandu Nkashama in one of his works. 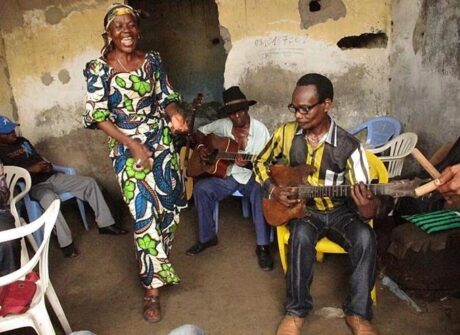 The merit of the rumba is that it has remained a blend of tradition and modernity that promotes feelings of self-love or belonging and unites different communities, peoples, ethnic groups, and countries. The great interpreters of African rumba began to disappear in the 1970s. They were replaced by new musicians and groups with a “less structured and more complex” modality, according to Clément Ossinodé, the famous Belgian soloist and expert in this musical style.
The new generation of Congolese musicians is enriching the rumba and attracting new generations from almost all of Africa. Among these: Papa Wemba and the Zaiko Langa Langa group; Koffi Olomide – considered a legend of Congolese and African music, with over three hundred songs; Werrason, who has stood out as an active voice against discrimination and early marriage and in promoting women’s education; and again JB Mpiana, Faly Ipupa, Ferre Gola and Héritier Watanabe. (Photo: 123rf.com)