Existing and looming conflicts, “third-termism” and rigged elections are the main challenges.

The Jihadist threat, the leaders’ will to stay in power beyond constitutional terms, possibly rigged elections and looming conflicts in the Great Lakes Region are the main challenges for 2020. The result of the parliamentary elections in Egypt at the end of 2020 looks predictable. An overwhelming victory of President Abdel Fatah al-Sissi’s candidates for the House of Representatives and the Senate is expected since protesters are silenced systematically as happened in September 2019 when 2,300 people were arrested.
The question is whether the powder-keg will explode, with growing resentment against the military regime from Islamist supporters, pro-democracy activists and young unemployed.
In Algeria, a new President is supposed to be elected on the 12 December 2019 but will he boast enough legitimacy to lead the country? The “Hirak” protest movement activists have called for a boycott, claiming that all registered candidates belong to the “political system”. At any rate, no new large project will be implemented in 2020, warned the Minister of Interior, Salah Eddine Dahmoune, owing to budget constraints caused by lower oil prices. 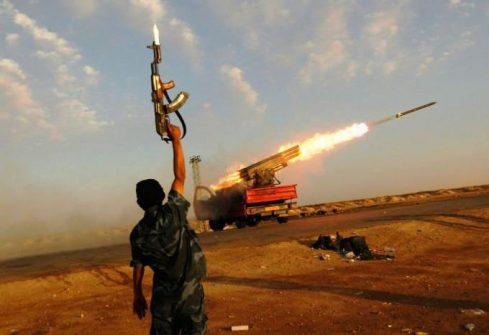 Libya is likely to remain a focus of uncertainty, except on one point. At the end of October, Italy and the UN-backed Tripoli government renewed their deal under which Libyan coastguards stop migrant boats at sea and send their passengers back to Africa, where they may face torture and abuse, while the civil war continues to rage. This should reduce the migration flows through Italy and, on the contrary, increase pressure in the Strait of Gibraltar between Morocco and Spain.
Meanwhile, the situation which looked like a stalemate in 2019 may change. In November, the Tripoli-based Government of National Accord supported by Turkey and Qatar was still resisting the offensive launched against the city by the leader of the Libyan National Army, General Khalifa Haftar, which is supported by Egypt and by the United Arab Emirates. Attempts by Western diplomats to persuade the UAE, Qatar, Egypt and Turkey to de-escalate the conflict may not be sufficient to halt the General’s ambitions. 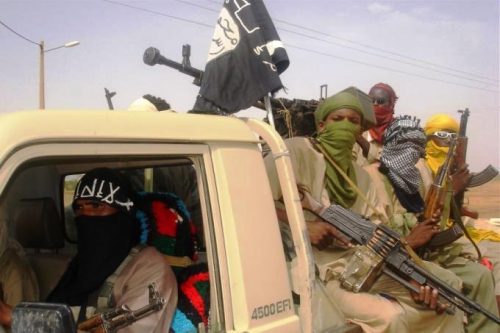 In the Sahel Region, three countries will try to hold elections within a climate of ongoing Jihadist terrorism. Mali plans to organise parliamentary elections in May. But the weakness of the Malian army towards the Jihadists is a major concern, as shown by an attack against a military barracks on the border with Niger, which killed 53 Malian soldiers on 1 November 2019. The UN Security Council expressed its concern on 11 October over the deterioration of the situation in the centre of the country where frequent clashes are reported in the Dogon area between local inhabitants and Fulani shepherds who have fallen under Jihadist influence.
There is a similar challenge in Niger where presidential and legislative elections are due on 27 December. The country is caught between Boko Haram in the South East and a proliferation of Jihadists at its Western border with Mali. In Burkina Faso, presidential and parliamentary elections are due on a day yet to be specified. Attacks of Jihadist groups affiliated to Al Qaida or to the Islamic State have become frequent in the north of the country. Since early 2015, over 640 people have died and 500,000 people have been displaced. Elsewhere in West Africa, the re-election of incumbent Presidents is creating serious tensions. In Guinea Conakry, five protesters and one police officer were killed on 15 October 2019, during a demonstration against government plans to review the constitution in order to allow 81-year old President Alpha Condé to run for a third presidential term by end of 2020. 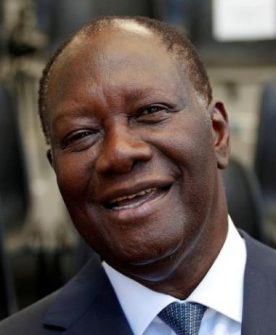 In Côte d’Ivoire, 77-year old President Alassane Ouattara is encouraged by his supporters to run for a third term scheduled for October. This could be possible owing to an amendment of the constitution which hitherto limited the number of mandates to only two, which was voted on in 2016.  The dreaded scenario of a campaign of three opposing former presidents, the incumbent Ouattara and his predecessors, Henri Konan Bédié and Laurent Gbagbo, cannot be ruled out. There are fears that the competition may lead to a crisis similar to the one which caused 3,000 deaths in 2010-2011. In 2019, Bédié resumed his xenophobic rhetoric, targeting migrant workers, and accused the government of issuing identity documents to foreigners in order to rig the 2020 election. The Ivorian government is also trying to prevent Gbagbo who was acquitted by the International Criminal Court of charges of crimes against humanity and lives under supervised liberty in Belgium, to campaign. The former spokesman of the Forces Nouvelles rebels and former speaker of the National Assembly, Guillaume Soro stands as an outsider. Togolese President, Faure Gnassingbe who is expected to seek a fourth presidential mandate in February or March, does not face this problem since a new constitution allows him to run for two more mandates. But the Roman Catholic bishops warn against possible new tensions and suspect election rigging. During the local elections of June 2019, church observers were not allowed inside the polling stations. 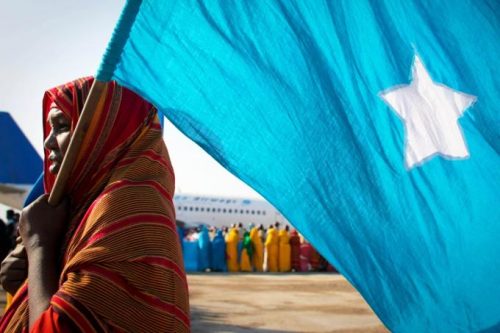 In the Horn of Africa, Somalia is supposed to hold its first “one person one vote” elections for half a century, by end of 2020. But in October 2019, the UN warned that further progress is needed, when it comes to peacebuilding and security. In May 2019, a UN report underscored the increasing frequency of rebel mortar attacks. Peace Nobel Prize-winner and Prime Minister Abiy Ahmed said in October 2019 that Ethiopia is ready to hold its first free and fair elections next May. But the potential for violence is serious. Opposition activist and founder of the Oromia Media Network, Jawar Mohammed announced in October 2019 that he might challenge the Prime Minister in the elections and accused security forces of trying to orchestrate an attack against him. A death toll of 67 persons was recorded after protests by his supporters in Addis Ababa and across the Oromia region
In the Comoros, President Azali Assoumani, who seized power in a coup in 1999 and won a referendum in 2018 to extend term limits will try to secure a majority at the 19 January parliament elections. The opposition has already dismissed the referendum as illegal and threatens to boycott it if it does not have a say in the composition of the electoral national commission and if Comorians from abroad are not allowed to vote.
In the Seychelles, the question is whether the candidate of the opposition coalition Linyon Demokratik Seselwa will defeat the incumbent President Danny Faure at the December presidential elections. That might indeed be the outcome since, in 2016, the opposition won a majority at the parliamentary elections.
Legislative and local elections are due in Cameroon on the 9 February 2020. The chairman of the opposition Movement for the Renaissance of Cameroon, Maurice Kamto has decided to open the lists of his party to civil society activists. Anglophone militants who fight for the secession of Western Cameroon have been released as well but tensions remain high. President Paul Biya remains very reluctant to increase decentralization and sees federalism as a Pandora’s Box.
In Chad, the long-delayed legislative polls are scheduled for March. But a number of conditions must still be met, including the lifting of the state of emergency in the three provinces of Ouaddai, Sila and Tibesti and the enrolment of young voters. In addition, the Independent National Electoral Commission says that the election will depend upon donor funding. 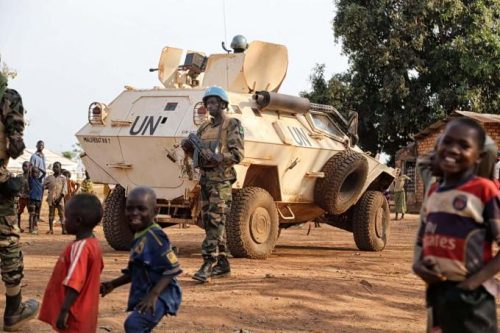 In the Central African Republic, the UN and the African and European Unions want the presidential and parliament elections to take place on the 27 December. But the opposition leader, Anicet Georges Dologuélé suspects President Faustin-Archange Touadéra’s supporters are preparing wholesale rigging and considers that, holding such polls in a country where 70% of the territory is in the hands of armed groups,
is not realistic.
Presidential and parliament elections are scheduled in Burundi in July. President Pierre Nkurunziza has said he will not run but this does not mean he will relinquish power. Pundits in Bujumbura stress that Nkurunziza, who sparked a huge crisis with over 1,200 deaths and 400,000 refugees, when he decided to run for a third mandate in 2015, in violation of the Arusha Peace Agreement, is aiming at restoring the monarchy. If there is an election, the opposition is unlikely to win. Twenty leaders of the main opposition party, the national Council for Liberty were arrested in October 2019.
There are growing fears in the neighbouring Congolese province of South Kivu of a regional war that might erupt as a result of alliances between local warring factions. Since March 2019, Bembe, Fulero and Nyindu Mai Mai groups are fighting Banyamulenge militias. Burundian rebels of the Red-Tabara, Forebu, FPB, and FNL groups have joined the Mai Mai’s side while Rwandan National Congress (RNC) rebels who want to overthrow President Paul Kagame of Rwanda are fighting the Banyamulenge side. Local people fear that Hutu rebels of the Democratic Forces for the Liberation of Rwanda and of a dissident group, the National Council for the Revival of Democracy may join the Banyamulenge, with the support of the Burundian army, increasing the risk of Rwandan army intervention. 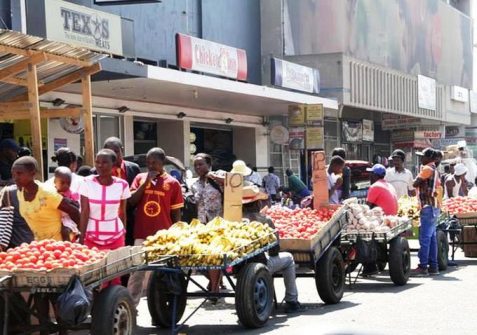 In Southern Africa, everyone hopes Zimbabwe will make some progress towards overcoming its economic crisis. Finance Minister Mthuli Ncube predicted in September, that the economy would rebound in 2020 after a 5.2% contraction of the GDP in 2019. But everything depends on talks scheduled in early 2020 to pay off U.S.$  2 billion of arrears to the World Bank and to the African Development Bank.
In Mozambique, MPs should take office in January after the validation of the presidential and legislative elections in December by the Constitutional Council which were won in October by the ruling Frelimo party, while the incumbent President Felipe Nyusi was re-elected for a second term with a landslide 73% victory. Yet, the opposition Renamo party does not accept its defeat and has called for the annulment of the results, which it calls a “circus”.
François Misser