The great climate migration has already begun. The number of people fleeing their birth country is expected to grow over the next thirty years, especially in sub-Saharan Africa. Experts warn: governments and the international community must act now.

By 2050, at least 216 million people could be forced from their homes by the impacts of climate change. Sub-Saharan Africa alone could see as many as 86 million  internal climate migrants, 4.2 percent of the total population, East Asia and the Pacific area 49 million, and South Asia 40 million. Internal climate migration is also expected to grow, though with lower but not less dramatic percentages in North Africa, Latin America and also in old Europe, especially Eastern Europe. North Africa, however, is expected to have the highest proportion of climate migrants, with 19 million people on the move, equivalent to around 9 percent of its population, mainly due to the increasing water scarcity in the north-east of Tunisia, north-west of Algeria, west and south of Morocco, and the central foothills of the Atlas. 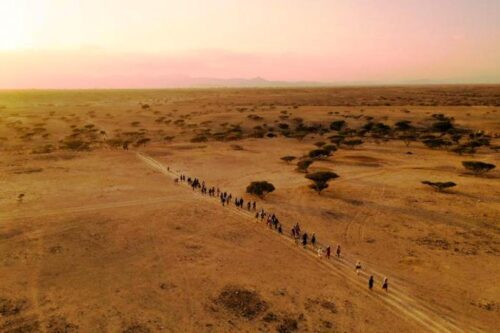 Despite security risks, the number of migrants travelling from the Horn of Africa to Saudi Arabia through Yemen had been on the increase over the past four years. Photo: IOM.

According to the World Bank’s second Groundswell Report, such forced migrations will be inevitable if urgent action is not taken to reduce global greenhouse gas emissions. Especially if far-reaching initiatives, to bridge the gap between that part of the world that produces more pollution to the detriment of that other part that mainly seems to be affected by it, are not implemented.
In the next thirty years, individuals and entire communities are destined to become climate migrants who will have to face water scarcity, decreased crop productivity, and rising sea levels. Climate stress due to rising temperatures (the years 2016, 2019 and 2020 were the hottest on a global level), but also extreme events – floods, continuous rains, typhoons, long periods of drought – will cause the constant reduction of cultivable areas. Fleeing is the only option when there is no fertile land and water. However, the scenarios proposed by the study are not totally pessimistic: whoever wrote the report seems to want to send a message: ‘We still have time. It all depends on what initiatives will be taken’. 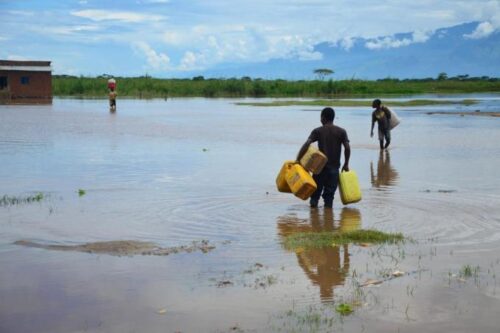 The number of people forced to leave their homes could be reduced by 80% – about 44 million people, which in any case are not few – if we reduced greenhouse gases, started working on truly green development projects, and planned the phases of a migration which is now impossible to contain in order at least to ensure forms of adaptation in other areas and climates.The issue of international protection laws for ‘climate migrants’ should also be addressed. And speaking of greenhouse gases, it should be remembered that five years after the Paris Agreement, the world is still dangerously on track to warm by almost 3 degrees Celsius by 2100, while we should be aiming to limit global warming to just 1.5C.
Impacts of climate change have already been observed for some time. They are destined to change the use and availability of livelihoods, and resources in rural, coastal, and urban systems in all regions. Consequently, the distribution of the population and the dynamics of mobility that have always characterized the sub-Saharan populations are also destined to change. 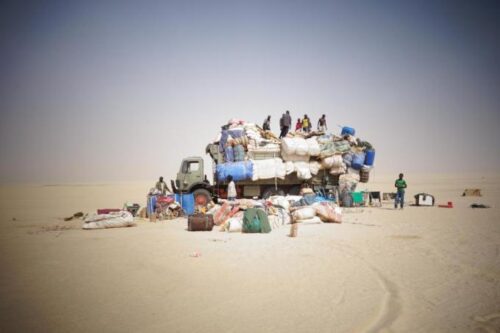 Over 26,000 migrants have been rescued in the desert since 2017 through IOM’s humanitarian search and rescue operations in Niger. Photo: IOM.

According to the authors of the report, it would be a big mistake to be caught unprepared, which would make the problem even bigger. For example, governments and local and international organizations should already start creating hotspots to manage exceptional migratory flows and at the same time they should devise forms of assistance for those who remain. Of course, these are transitional measures that do not take into account the enormous social impact on safety, as well as the psychological impact that migration induced by climatic events causes to the people who experience this tragedy.
Sub-Saharan Africa is more vulnerable than any other region to climate change, due to desertification, the fragile coasts – erosion is another problem – and the dependence of the population on agriculture. Despite increasing urbanization, the rural population still exceeds that of the cities. The experts also point out that many areas are not only affected by the climate change but also by other crisis factors such as conflicts, insecurity, the presence of terrorist groups, poverty, and social inequality. All these factors of social crisis would be stressed and fuelled by the climate change issue. 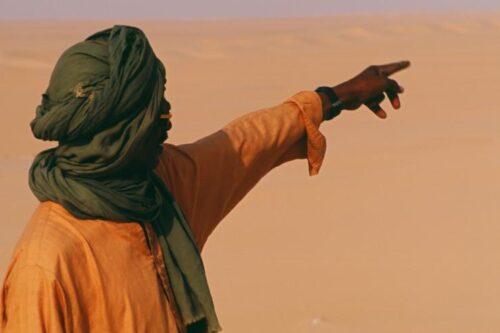 Climate migrants, just like the economic ones, are moving within national borders or towards neighbouring countries, and this trend is expected to continue; three migrants out of four will likely remain in their country. They will have to face many difficulties concerning migrant acceptance, assistance, or finding a job.
According to the Internal Displacement Monitoring Centre (IDMC), conflict and disasters triggered 40.5 million new internal displacements at the end of 2020, 30.7 million as a result of disasters related to weather conditions such as storms (14.6 million), and floods (14 million). Most new displacements triggered by disasters in 2020 were recorded in East Asia and the Pacific (12.1 million) as well as South Asia (9.2 million). Tropical cyclones, monsoon rains and floods hit highly exposed areas that are home to millions of people. Moreover, now, for the first time in a generation, the quest to end poverty has suffered a setback.
Global extreme poverty rose in 2020 for the first time in over 20 years as the disruption of the COVID-19 pandemic compounded the forces of conflict and climate change, which were already slowing poverty reduction progress. About 120 million additional people are living in poverty as a result of the pandemic, with the total expected to rise to about 150 million by the end of 2021. 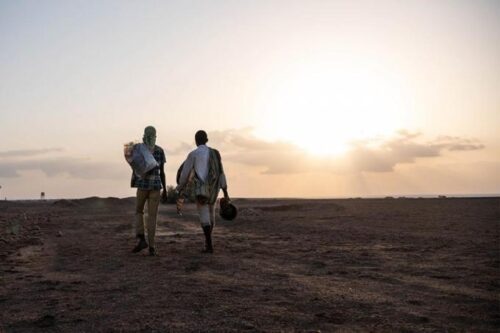 Climate change effects on the most vulnerable populations and categories are happening faster than expected. Suffice it to say that just three years ago, the World Bank’s first Groundswell Report predicted that, by 2050, climate change would cause the migration of 143 million people (South Asia, Latin America and Sub-Saharan Africa).
Juergen Voegele, vice president of the World Bank for sustainable development said: “The impacts of climate change are increasingly visible. We have just experienced the hottest decade on record, and we are witnessing extreme weather events all over the world”.  Many people who had barely escaped extreme poverty could be forced back into it by the convergence of COVID-19, conflict, and climate change. (Open photo: Migrants walking in the desert. IOM/Alexander Bee)