The Museum of Africa aspires to be an open space for discussion of the sad colonial past and contemporary African art. There has not been lack of criticisms.

The colonization of Congo – the current Democratic Republic of the Congo (DRC) – and the rule of neighbouring Rwanda, which then included Burundi, is one of the darkest episodes in the history of Belgium. Although it is almost impossible to know the magnitude of the genocide, it is estimated that at least one third of the population in that area died as a result of the Belgian colonization. Millions of people perished during the military invasion, or as a result of the forced labour, forced displacements, famines, or torture they suffered. Congo was, for years, the personal heritage of the ruler with greatest responsibility for the horrors of colonialism, King Leopold II. 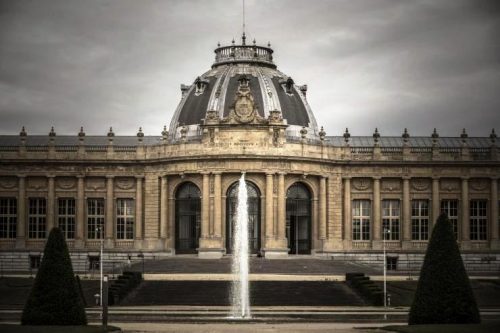 When Brussels hosted the Universal Exhibition of 1897, the monarch created a ‘colonial section’ that would lay the foundations of what we now know as the Museum of Africa.  Such was the success of the 1897 exhibition that the King made it permanent, using funds from his interests in  Congo to construct the grand neoclassical building which houses the collection today. The colonial section was hosted in the Palais des Colonies (Palace of the Colonies), a grandiose, purpose-built complex designed at Tervuren, to later become the Museum of the Belgian Congo.
The museum, once seen as Europe’s last unreconstructed museum of the colonial era, recently reopened after a five-year, staggering revamp. This was the first major refurbishment since the 50s.The Belgium African Museum houses items, mainly looted, from the African continent during the colonial era which include Congolese artefacts, the beheaded skulls of vanquished tribal chiefs, and more than 500 stuffed animals slaughtered by hunters. “The overhaul was designed to present its collection more sensitively in an effort to shake off its racist and pro-colonial image”, said Guido Gryseels, the museum’s director general, in an interview. The announcement of the refurbishment sparked debates between those who argued that the museum should remain such as it was, as a reminder of how colonial museums were conceived. Many Belgians remain ignorant of their country’s harsh rule in what is now Democratic Republic of Congo (DRC) in the late 19th century. Others demanded its total destruction. 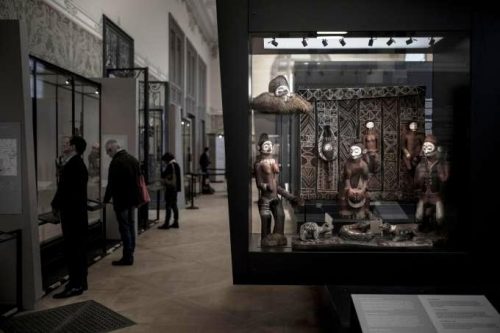 It was decided to look for an intermediate solution. The decision responded to a practical question: being a historic building the room for maneuver was limited and the budget did not allow to preserve the original building and build a new museum. Renovations were designed to modernise the museum from an exhibition of pro-colonial propaganda to one that is critical of Belgium’s imperialist past, which was not eliminated but explained.
“We thought it was possible to do both, maintaining the building as a space for memory and, at the same time, introducing a new narrative about Africa”, explains  Guido Gryseels. The new Museum of Africa is the result of this work. 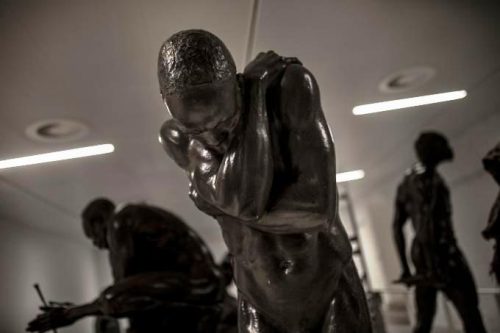 Archaeological remains, stuffed animals, musical instruments, ornaments, costumes, artefacts … the Museum of Africa is home to one of the most important and rich African ethnographic collections in Europe. But its exhibition is not without controversy. Many of those objects were stolen or obtained by force. Tombs were desecrated. The curators of the exhibition are aware of this, and that is why, statues have been given explanatory plaques highlighting the death and destruction colonialism spawned and with the help of multimedia displays and detailed captions, visitors will be encouraged to take a critical view and to see colonialism through African eyes. All items have been reordered and given new wall texts to highlight the problems of colonialism, and to allow the people of Congo and Rwanda to speak in their own words.
But for many this is not enough. Mireille-Tsheusi Robert, president of Bamko-Cran, a non profit organization that fights racism in the country, said that  the government should set up an expert committee to determine as best as possible the exact origin of the items. The organization has asked Belgium’s government to return all objects in the museum which were looted in Congo. Also many others think former coloniser Belgium should return looted items and believe that the museum remains a Belgian museum, with a Belgian view on central Africa. They see it as continuing to be an exhibition of Belgian force, of its conquest of Africa and that it will continue to be such while exhibiting objects stolen during the military campaigns.
“It is not normal that 80% of the African cultural heritage is in Europe”, Gryseels conceded. “It is basically their culture, their identity, their history. We need to have a very open attitude. The question is under what conditions. How do we define what was legally acquired and what was not legally acquired?” 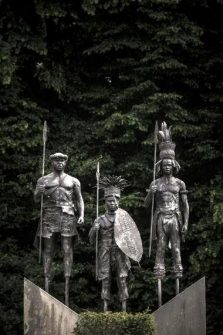 One of the fundamental pillars of the museum renovation has been the collaboration with the African Diaspora in Belgium. “You cannot organise an exhibition on contemporary Africa without involving the Africans themselves”, says Gryseels.The institution devotes a large space to the traditions and rituals, music and languages of the territory between Rwanda, Burundi and DRC, which were once Belgian colonies.The walls of the Colonial Palace are full of references to the ‘civilizing’ work of colonization and to those  responsible for the plundering in Congo. The curators of the museum invited several African artists to offer their vision of history through their works, so that references to colonization are mixed with African contemporary art.
Congo-born, Belgium-based artist Aimé Mpane has said that he refused the invitation at first. “Being steeped in colonial history, this place seemed to me to be the last venue to exhibit a work of contemporary African art.Then, after much reflection, I understood that it was necessary to mark it with a work that would respond to the painful memories it evokes”. 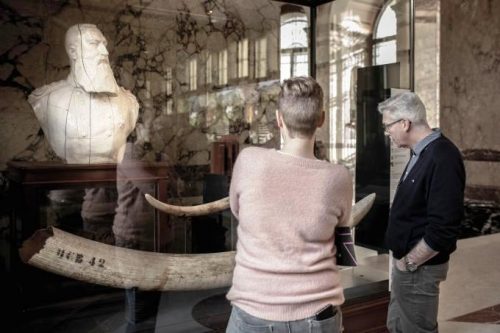 Mpane’s New Breath, or the Burgeoning Congo stands in the striking main rotunda where Leopold II’s gold statue still stands. The chiseled sculpture by Mpane is a massive profile of an African man’s head on a bronze base. “My sculpture stands in the precise place that the ‘colonizers’ chose to honour King Leopold II and his entire colonization policy. My work is an obvious answer that, from now on, we will have to count on Africa”.
Mpane said he was intrigued by the opportunity to create a work to stand next to King Leopold’s sculptures and paintings that portray a Congo “stereotyped around very colonial clichés”. He hopes “that these pieces become secondary” to his own, and that this tension represents a new dialogue about the past.
The artist ultimately wants people to look toward the future and to “invite others to collaborate instead of separating into camps”. He believes the museum has made a good first step.
It has taken almost 60 years, but now Belgium has started to face its colonial past. A few months before the reopening of the Museum of Africa, a square has been inaugurated as a tribute to Patrice Lumumba, on the occasion of the 58th anniversary of Congo’s independence from Belgium. Lumumba, leader of the revolution and prime minister of the first independent Congolese government, was assassinated in a coup d’état in circumstances suggesting the support and complicity of the governments of Belgium and the United States”, according to investigations. The square leads into the Matongé neighbourhood, that is home to many Congolese migrants, the African heart of Brussels. 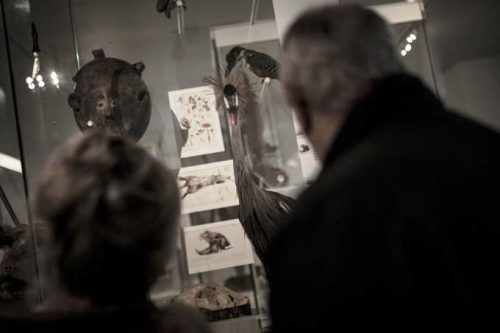 Last October, Belgian voters elected their first black mayor, Pierre Kompany, who took over the municipality of Ganshoren, a Brussels borough of about 25,000 people. The newly-elected mayor arrived in the country as a refugee from the DRC in the 1970s. He is the father of one of the country’s best known footballers. His son Vincent has been captain of the Belgian national football team for years and is a national star, like football player Romelu Lukaku who is also of Congolese origins.In this context in which reconciliation begins little by little to become a reality, while the shadow of the extreme right hangs over Europe, Guido Gryseels hopes that the Belgium African Museum can become a means of unity. “We believe that the role of the museum is crucial to ensure intercultural dialogue, to open minds and enable a space for debate”, says the director.