Elections in the most populated country of the continent, Nigeria, and the expansion of jihadism are some of the main challenges
expected this year.

Many elections are scheduled this year in Africa but several are likely to be postponed. In West Africa, parliamentary elections scheduled for 8 January 2023 in Benin should be more open than the previous ones in 2019 in which the main opposition parties could not participate owing to severe constraints. This time, opposition parties such as “Les Démocrates” and the “Forces Cauris pour un Bénin Émergent” have announced their participation. But some opposition leaders such as the constitutionalist, Joël Aivo who was sentenced to 10 years in prison for his alleged participation in a plot to overthrow the state in December 2021, and the former Justice Minister Reckya Madougou, sentenced to 20 years for “terrorism”, were still in jail by the end of 2022. 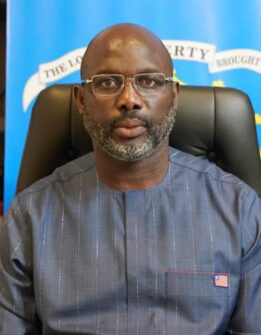 In this context, President Patrice Talon’s ruling Union Progressiste which merged with the party of the former Speaker of the Parliament, Adrien Houngbédji’s Parti du Renouveau Démocratique, seems likely to secure a majority of seats.
In Liberia, where presidential and parliament elections are due on 10 October 2023, the incumbent President and former star of the AC Milano football club, George Weah is running again. His main rival will be the former corporate executive, Alexander B. Cumming, leader of the Collaborating Political Parties opposition bloc.
In Sierra Leone, President Julius Maada Bio will seek re-election on 24 June 2023. The challenge could be difficult for the incumbent whose Sierra Leone People’s Party (SLPP), currently holds a narrow lead in parliament over the main opposition All People’s Congress (APC). Maada Bio’s popularity has been waning after 84 former members of the government were indicted under suspicion of corruption. In August 2022, there were also violent protests against the increasing cost of living in several towns of the country during which at least 21 civilians and 8 policemen were killed. There are fears that further protests, involving violent confrontations with the security forces may occur
in the run-up to the election. 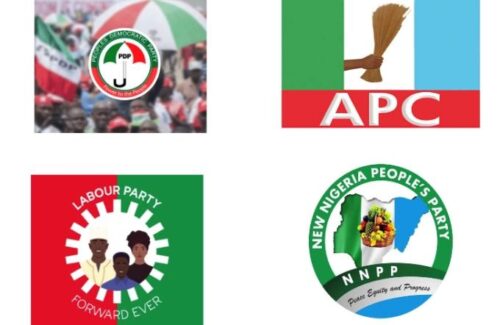 The Nigerian presidential and parliament elections, scheduled for 25 February 2023 and to be followed on 11 March by the election of the governors and the members of the state assemblies, should be the most keenly contested since 1999. Out of the18 candidates vying for the presidency, four are leading: the former governor of Lagos state Bola Ahmed Tinubu who is the nominee of President Muhammad Buhari’s All Progressives Congress (APC), former Vice President Atiku Abubakar, the nominee of the Peoples Democratic Party (PDP), the former Kano governor and ex-Defence Minister under President Olusegun Obasanjo, Rabiu Kwankwaso, the nominee of the New Nigeria’s Democratic Party (NNDP) and the ex-Anambra state governor and Labour Party’s candidate Peter Gregory Obi. Observers predict that Nigeria’s 2023 elections might put an end to the domination of the APC and the PDP that ruled the country since 1999. Indeed, opinion polls in September 2022 have shown a strong lead for the outsider, Peter Obi, a former banker who has earned the status of an advocate of good governance in a country marred with corruption and mismanagement.
Soaring inflation, the plunging naira, youth unemployment and insecurity caused by banditry and jihadism in addition to the controversial spending by the Buhari administration of the COVID-19 support funds have created enormous frustrations in the country.
Mauritania should hold parliamentary elections during the year after the first peaceful transition of power in the country following the 2019 presidential election in which Mohamed Ould Ghazouani was elected president. The ruling Equity Party should have a clear lead, since it holds two-thirds of the seats at the National Assembly, even if the election should be more inclusive than usual. 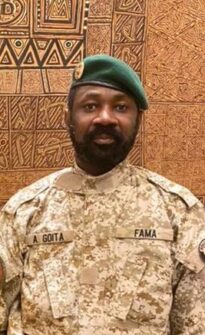 A referendum on a new constitution is scheduled for March 2023 in Mali, as a first step in the return to democratic rule, following the military coups of August 2020 and May 2021. After that, local elections are due in June 2023 and legislative elections are expected to follow between October and November 2023 before a presidential election in February 2024.
Civil rights organisations express concern that the Independent Authority in charge of the Electoral Process has not made the necessary preparatory steps in time. Moreover, since the ruling junta led by Colonel Assimi Goïta barely controls half of the national territory, the representativity of the polls is at stake, in a country already weakened by the sanctions of the Economic Community of West African States and by the departure of the French troops of the anti-jihadist operation Barkhane.
In Gabon, President Ali Bongo Odimba claimed in March 2022 that he had fully recovered from a stroke and that he would seek a third mandate in August 2023. Meanwhile, the main opposition coalition called PG41 led by Louis Gaston Mayila, claimed on 21 September 2022 that the mandate of the Gabonese Centre for Elections, which is supposed to organize the ballot, expired in 2020 and is, therefore, illegal while problems remained such as the updating of the voters’ register. Many voters don’t have IDs while others have a document whose validity has expired.
According to the constitutional timetable, presidential and parliamentary elections should be held in December 2023 in the Democratic Republic of the Congo. But most observers believe it will not be possible to complete the preparatory steps in good time, which is potentially dangerous. The postponement for two years of the previous elections initially scheduled for 2016 triggered a cycle of protests that caused dozens of victims. By mid-September 2022, the National Independent Electoral Commission (CENI) had only received one-third of its annual budget for the year. Unsurprisingly, considerable delays in the voters’ registration have occurred. In addition, unlike in the previous cases, CENI will not be able to rely on the logistical support of the UN Mission for the Stabilization of Congo (MONUSCO). Indeed, despite ongoing unrest in Eastern Congo, the Kinshasa authorities want to terminate MONUSCO’s mandate under the pretext that UN troops are not performing their peacekeeping task efficiently enough.
The credibility of the vote is also eroded because many citizens could not be registered in a country where the number of IDPs amounts to 5.6 million and which lacks a proper population registry. 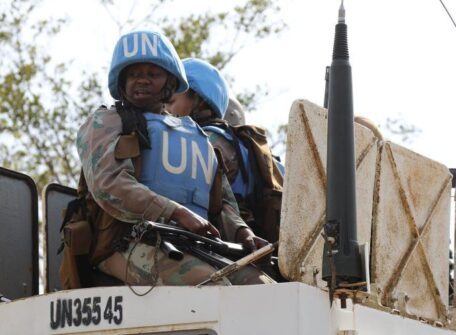 Even if elections were held on time, there is a high risk that they will not be considered credible by a sizeable share of the electorate and risk, therefore, being challenged by protests. The lack of independence of the Supreme Court and of the CENI which is chaired by a supporter of President Felix Tshisekedi, are stressed by the opposition and the civil society including the powerful Roman Catholic Church. CENI’s refusal so far to commit itself to proclaim the results polling station by polling station, as requested by civil rights organizations, casts doubts over the sincerity of the future results.
In front of President Tshisekedi who is seeking a second mandate, the opposition is divided. Martin Fayulu who is considered by civil society and Roman Catholic Bishops Conference sources as the real winner of the 2018 election who was deprived of victory by massive rigging, is unlikely to obtain a second landslide victory. His Lamuka movement is split. But Tshisekedi’s side is also divided. The President’s ally, the Ensemble pour la République party led by the charismatic former governor of Katanga, Moise Katumbi which was part of Tshisekedi’s Union for Democracy and Social Progress (UDSP) of the Sacred Union of the Nation, is considering leaving this coalition. Growing tensions between Ensemble and UDPS could reignite
tribal clashes between the ethnic Kasaians who support Tshisekedi and the local Katangese tribes in the copper-belt region.
Elections will be held in a context where large areas of Eastern Congo are under curfew and in a state of siege.Since June 2022, the main border post of the East, Bunagana, in North Kivu is under the control of the M23 rebels who cash huge amounts of customs taxes. 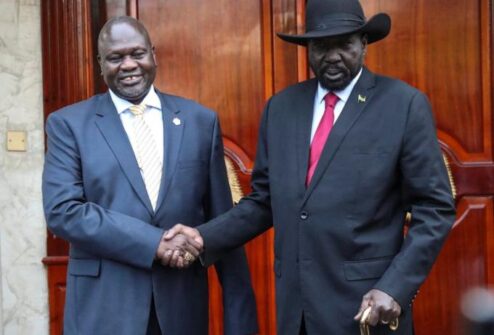 In South Sudan, the polls expected in 2023 are looking very doubtful. Political parties in the youngest African state born in 2011, consider that conditions are not ripe to hold them. The United Nations has urged authorities and opposition parties to organize the presidential, parliamentary and local elections before February 2023, in accordance with the 2018 peace deal signed by President Salva Kiir and his deputy Riek Machar in the unity government.
Kiir and Machar have different views on the judicial reforms which have to be implemented before the vote.
In Zimbabwe, presidential, parliamentary, and local elections should be held in July or August 2023, as announced in October 2022 by the Zimbabwe Electoral Commission (ZEC). A new party called “Citizens Coalition for Change” (CCC) led by Nelson Chamisa is challenging the ruling Zimbabwe African National Union-Patriotic Front (ZANU-PF). The CCC performed well in the March 2022 by-elections. But ZANU-PF’s position as the ruling party remains solid. ZANU-PF benefits from the de facto support of the ZEC which includes former military officials who aren’t known for their impartiality and from the support of traditional leaders who will help it to secure the rural vote.
Parliamentary elections are also due during 2023 in the little kingdom of Eswatini, where 52 years-old King Mswathi III appoints whoever he wants as ministers. But nobody expects fair elections. Opposition leaders are in jail or in exile and political parties are banned. 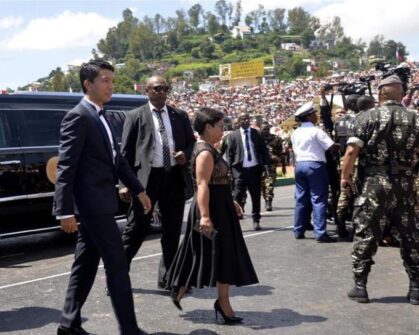 According to Madagascar’s Independent National Electoral Commission (CENI), the first round of the presidential election will be held in October 2023 and a second round will take place before the end of next year; if none of the candidates has secured a majority of more than 50% at the first round. The incumbent president, Andry Rajoelina is expected to run for a second term. But his victory is uncertain due to unpopularity caused by high levels of corruption and poverty. The credibility of the vote is also at stake. In September 2022, a report from the European Union Observers Mission highlighted the potential conflict of interest arising from the presence at the head of the CENI of a man whose wife is a Minister in the current government and the proximity of the chairman president of the High Constitutional Court with Andry Rajoelina. By the end of 2022, challenges remained to guarantee the credibility of the voters’ registry. At least three million people were deprived of IDs and their names were still missing from the registry. (Open Photo: 123rf.com)