The Mediterranean as a meeting place. Brotherhood as a sign of life. The canonization of Charles de Foucauld. The new archbishop of Algiers, Msgr. Jean-Paul Vesco speaks to us.

From the terrace of his office, he sees this large blue expanse where one’s gaze is lost in the distance. This great sea, the Mediterranean. He thinks of his church that lies between the Mediterranean coast and the Sahara. He tells us: “From our perspective, the Mediterranean is not a border. From the historical, cultural, and geographical points of view but also for the fauna and flora, the peoples that overlook this sea have many things in common. We share the same climate and often the same traditions. These common traits represent the roots on which our Christian and Muslim faiths rest today. We are the ones who have created the borders, those between different religions, between the West and the Muslim Arab world and between the North and the South”. 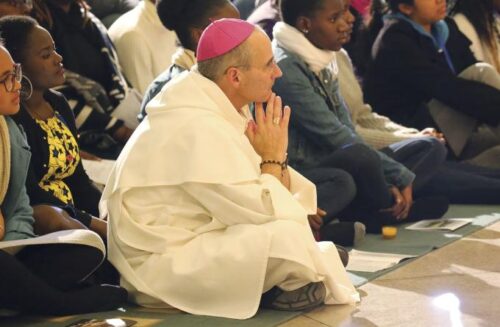 Msgr. Jean-Paul Vesco, took office only on 11 February as the new Archbishop of Algiers, until then he had been Bishop of Oran.
Born in Lyon in 1962, Jean-Paul Vesco joined the Dominican order in 1995 after studying law and working as a lawyer. He was ordained a priest in 2001. His first contact with Algeria came a year later when he moved to the Dominican convent of Tlemcen, in the diocese of Oran. He became Vicar General in 2005 and treasurer in 2007. He returned to France at the end of 2010 after being elected Prior Provincial of the Province of France. He held this office for a few months before being appointed by Benedict XVI as head of the diocese of Oran on 1 December 2012. On 8 December 2018, Archbishop Vesco hosted the beatification of the 19 martyrs of Algeria in his diocese, including Bishop Pierre Claverie, the former bishop of Oran assassinated in 1996, and the monks of Tibhirine.
Remembering these martyrs, he says: “The testimony of the martyrs in Algeria is that life is stronger than death and that fraternity will win. There is no other choice. There is no other option. As Pope Francis says, fraternity is the new frontier of humanity. Discovering ourselves as brothers and respecting each other in our differences. The alternative to brotherhood is destruction”.
Describing the Catholic Church in Algeria he points out: “Our Church is fraternal. Although from the inside we often see the reverse of the canvas, with its knots and threads that seem to go in all directions, it is the image we give, and this image is not only true but also an important part of our testimony”. 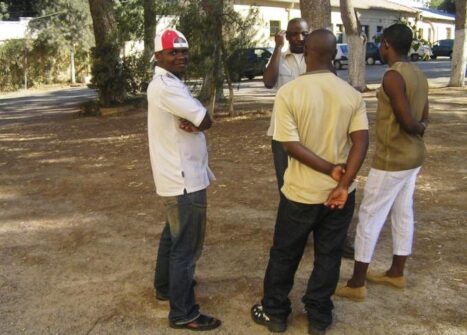 According to statistics, Catholics number about 5,000, less than 0.01% of the population, the overwhelming majority are Muslims. Msgr. Vesco adds “We live this brotherhood in our parish communities, with our migrant brothers and sisters, especially when we visit them in prison. We live it with the inhabitants of this country. It is the particular vocation of our Church, as Christians and as a Church with Muslim men and women. It is a brotherhood that reaches out beyond religious prejudices and the wounds of history. Our Church is constantly being questioned, and in turn wondering why it is present here, in a country practically without Christians”.And it is in this context of brotherhood that the canonization of Charles de Foucauld celebrated on May 15th must be seen.
“In his search for universal brotherhood, Charles de Foucauld never stopped going further and further, to prove what it really means to be a ‘universal brother’.
“Charles de Foucauld – reflects the archbishop of Algiers – came to be a universal brother, not by proclaiming the Gospel as he had imagined at the beginning, but by becoming passionate about the language and culture of the Tuareg peoples to the point of drawing up the first dictionary of the Tamasheq language and to transcribe an entire poem transmitted orally from generation to generation. It is in taking seriously the ‘we’ of his Tuareg brothers that he becomes even more a universal brother, and not starting from an abstract ideal of brotherhood that he had in mind. It takes two to be brothers”. 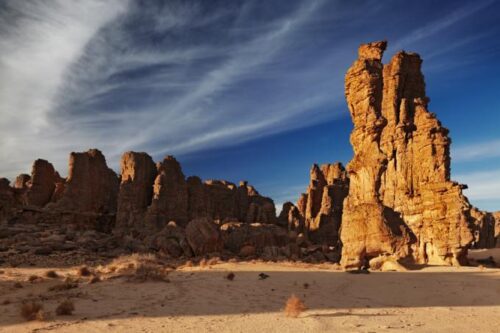 The other, in Algeria, is necessarily the Muslim brother, in a country where almost all of its inhabitants profess the religion of Mohammed. And it is precisely for this reason, Msgr. Vesco continues, that it is in the DNA of our Church that we do not limit the horizon of brotherhood to the Christian community. Almost all our actions, individual and collective, not only do not take into account religious affiliation but are all aimed at the Muslim context in which we live and which we are given to love. For us, this is evidence, but such evidence is not taken for granted. Because the stabbing question always arises: “But why do they do it?”. It is in this forever open question that the strength of our testimony resides, more than in the words we use in trying to answer it”.
And finally, we ask Monsignor Vesco what he expects from Christians in Algeria. “My deepest expectation is that religious difference is no longer so structuring in the life of a society, that it cannot be lived with respect and profound acceptance of the other, even in the diversity of his religious faith. As a Church and as Christians, we are still regarded as foreigners. We would like to be recognized as human beings, brothers and sisters of this people, citizens of this country.
The recognition of our citizenship is not for us a political claim but the conviction that society is strong when it has the ability to accept and open up to differences and this is true for all societies in the world because everywhere we are witnessing a generalized fear of others and the temptation to close ranks”.