Bangkok seems to be a champion of futuristic architecture but its lights simply overwhelm without removing either its own multiple dark areas or the darkening shadows of the country.

The present contingency, with the creation of a speculation bubble, the flight of capital, failed investments, populist policies and the rigidity of a self-referential system which pretended to be unique but ended up by being simply obsolete and a failure in the present world, reminds many of the time before the financial crisis of 1997-1998. This, having started in Bangkok, spread through much of Asia with such rapid contagion that it set Thailand back twenty years just when it was about to emerge from under-development, according to international parameters, but in which it still remains today. 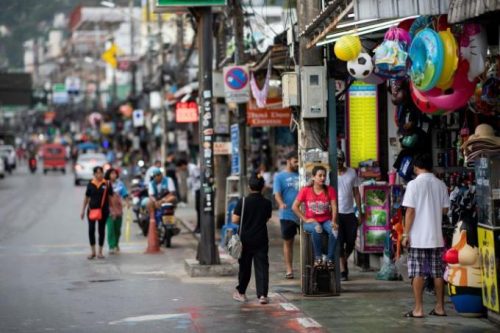 The second South-East Asian economy after Indonesia, Thailand has for years been last with respect to growth and, above  all, in innovation and entrepreneurship. It is weighed down by political upheaval and even more by the chains of a system which de-motivates participation, creativity and the emergence of new protagonists.
According to official data, the Thailandese economy could grow by 3.8 per cent. These data, however, seem to contain many unknowns, both internal and external. This is lower than the  4.2 per cent which the authorities have optimistically and with ample propaganda continued to sustain for most of last year despite the obvious difficulties in guaranteeing impetus in tourism, production and especially in exports. The Internet, social media and the use of passwords by information networks have helped to undermine considerably the optimistic image of military and civil authorities, bringing to light repression, failures, corruption, latent violence and nationalism, incentivised by those in power which render ineffective the statements and publicity through which they would wish to attract foreign business and individuals without affording them protection and equality of dignity.All these elements have dissolved – assisted by frequent reports on the repression of dissent and the use of ad hoc laws in favour of the status quo and the élite – a capital of trust based too much on easy profits and mostly on the exploitation of a poorly paid workforce and resources that are today much less available and not on the overall growth of the country. 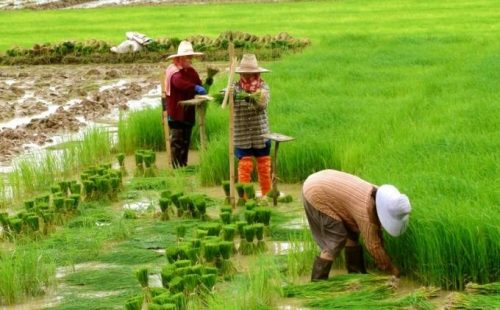 In the economic sphere, the now unstoppable optimism of the public institutions is being contrasted by the pragmatism of private financial operators who, last December, through the words of Sanan Angubolkul, Vice-president of the Commission for Investments, foresaw that “products like sugar, precious stones, gold and rubber will suffer losses given the results of the first ten months of the year”.
In the opinion of Sanan, risk factors in 2019 will include higher prices for petroleum products, unstable exchange rates and clashes over customs duties involving the world powers. The previous electoral campaign will also carry some weight and even more so the election results, just as a role will be played by an economic and foreign policy of delaying. This will prolong the periods of adherence to such treaties as the Comprehensive and Progressive Agreement for Trans-Pacific Partnership (CPTPP) to which – as confirmed by the minister for Trade – his country will not agree for now, since it did not meet the deadline of 30 December last year. There are limitations to the announced policy of bilateral agreements at regional level with the export of a reduced amount of products to China, India, Southern Asia and Hong Kong. 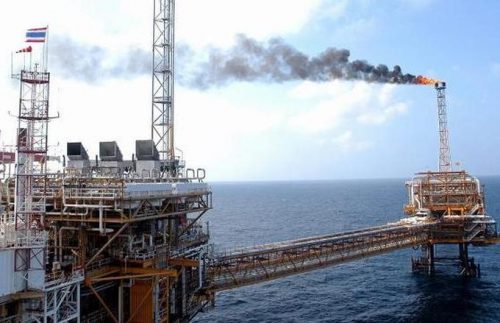 Faced with a situation which, anywhere else, would demand that adequate countermeasures be identified and implemented, the government has once again upheld the thesis that an economy that is far from its former momentum is the victim of a global slow-down that affects its exports and tourism. Without planning for any concrete measures, even in the monetary field, demanded for years of the regime which – for many observers is not merely a suspicion – has kept the local currency, the Baht, at a level considered unrealistic against the main global currencies to favour the local oligopolies, guarantee luxury imports and raw materials at low prices and to facilitate the purchase of weapons for the armed forces. This, and more, has been done partly to compensate for the reduction in income from exports, tourism and failed investments and partly to shower with monetary rewards those groups which the regime seeks to involve in a twenty-year project guided by the military under the protection and on behalf of the aristocracy and monopoly groups.
This project is not as easy as it once was, being in a situation that is in danger of igniting due to the lack of a prestigious reference point such as the king who guided it for seventy years, providing it with objectives, identity and unity.

The death of the King

On 12 October 2016, with the death of the King, the 67 million Thailandese were deprived of the figure, at once hieratic and paternal, the only one the majority of the people had known. At the age of 88, after ruling for seventy years – the longest reign of the sovereigns of his time – Bhumibol Adulyadej, Rama IX, passed away leaving in the country an emptiness perhaps impossible to fill.
Almost always with his camera hung round his neck and his notebook in hand as he travelled around the provinces to discover the needs and feelings of his people, Rama IX was an enlightened technocrat, born in the United States in 1927 and educated abroad up to the age of eighteen when he was recalled to his native country from a life of study and comforts to receive a crown that was certainly heavy due to the circumstances of his accession and his young age. 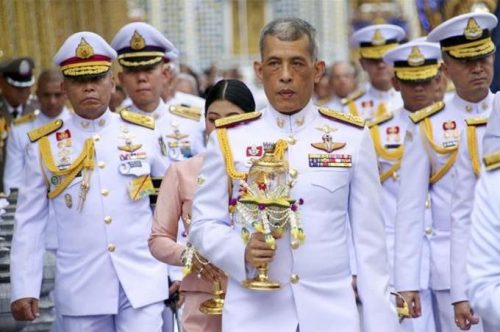 He was called to lead a poor and backward country that had only with difficulty emerged unscathed from the conflict of a World War, but which, in the following decades, would be of prime importance in blocking the advance of communism in South-East Asia as the base for American operations in Indochina. Under its sovereign, Thailand launched itself into development backed by foreign investment and tourism and also by the use of the territory and a self-sufficient economy developed and promoted by the sovereign himself.
On the night of 1 December 2016, Thailand once again found the certainty essential for a country which had always a close relationship with its monarch. By accepting the hereditary principle of the formal invitation to succeed his father with the official name of Maha Vajralongkorn Bodindradebayavarangkun and the dynastic name of Rama X, both the express will of his father and that of the elite, who always relied upon the monarchy, were concretised.
The succession of the sixty two-year old prince was not challenged since he was the sole male heir. Sanctioned at the death of his father by the approval of General Prayut Chan-ocha, both head of the junta and Prime Minister but not yet (at the time of writing) sealed by an official enthronement ceremony, this will involve the weighty legacy of the eighty two-year old sovereign, the only one whom the majority of Thailandese knew and loved with the intensity of children towards a father but a father with a semi divine aura nourished by official hagiography. It must be stressed, especially in the present context of the country that the questions regarding the monarchy are subject to a Draconian law of lèse-majesté, increasingly used to stifle any opposition.
The royal palace has just announced that Thailand’s king is to be officially crowned in an elaborate three-day ceremony held on May 4-6 this year.  (S.V.)