Approaching the market of any African city, the visitor is immediately involved. The eyes are struck by the gaudy colours of thousands of objects, clothes, fruit of all kinds piled up everywhere, the continual sounds of people speaking or shouting, pleasant and obnoxious odours all mixed together, people bumping into each other, brushing by or shoving one another to gain some room.

One has the impression of being in the middle of a river in flood with nothing to hold onto or any way out but to let oneself be transported by an invisible current. Unlike the rural areas and villages where the rhythm of social life is measured by weekly markets, in the cities, every day is market day.  The beating heart of every city, large or small, is in the area set aside for trade but whether it consists of a network of permanently crowded streets or anonymous sheds built of cement and iron sheets, the urban markets in Africa almost never have well-defined borders. Also, around the ‘official’ area, a crowd of small traders with a few objects set out on the ground or precariously balanced on their heads, occupy the roads and pavements, ready to move quickly wherever the opportunity for new business is to be found. Any free space may be useful for setting up temporary stalls or coloured umbrellas from the forecourts of the fuel distributors to incomplete building sites. 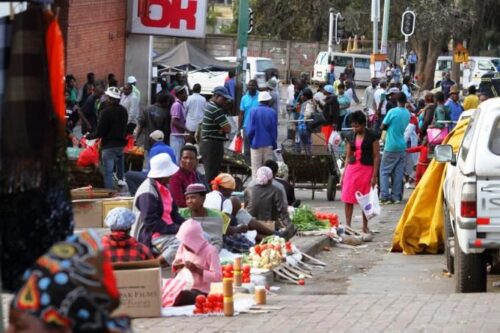 The street market of Bulawayo in Zimbabwe. ©hecke/123RF.COM

The organisation of the urban market follows a strict sub-division according to the type of goods: foodstuffs, spices, utensils, animals, second-hand clothes, fabrics and much more to the extent that, in some places, one seems to be going back in time to pre-industrial days with trussed chickens or heaps of loose grain. Then, just around the corner, one comes upon places covered in LED lights with deafening stereo loudspeakers blaring out music at top volume.
Globalisation has flooded the African markets with new products replacing the local products with shabby consumer goods. To the forefront are the goods ‘made in China’, which have completely flooded the African markets.
The largest urban market on the African continent is called, it goes without saying, Merkato: an entire area of Addis Ababa has kept the name assigned to it in colonial times and was a large dusty spot where animals were bought and sold. Some say it covers more than a hundred hectares while others say it covers twice that, something like three hundred football fields crowded with people and goods: impressive dimensions that once again evidence how much these places represent the true essence of the African cities. 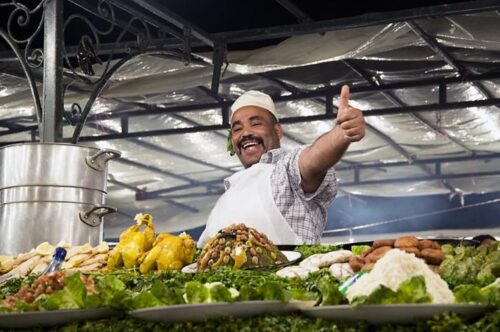 The spontaneity, frivolity and ingenuity of informality that characterise the cities of Sub-Saharan Africa reach their highest levels in these ephemeral spaces which, in the space of a few hours, can fill up with tens of thousands of people and move tons of goods using an invisible and undecipherable system of organisation.
Just as they quickly come to life, these places depopulate with equal rapidity when evening falls. Night comes quickly and it may be a long way home. The market quickly becomes a shadow of itself: the deafening sounds are muted, the bright colours of the vegetables and trinkets give way to the grey skeletons of the empty stalls with just the odd vendor staying on late in the hope of some final deal while a carpet of rubbish covers the streets. A few people come poking around in the hope of finding something to eat.
The truce lasts but a few hours. Already at crack of dawn, the deserted streets begin to come to life and fill with the voices and colours of a new, frenetic day.

Shopping Centres
The rapid increase of the middle class that has tripled over the past thirty years, according to the African Development Bank, has created a larger volume of consumer commerce and the consequent necessity to build proper places to accommodate the new consumers. And so, thanks to investments by private persons of investment groups, in all the main African cities new shopping centres are multiplying. 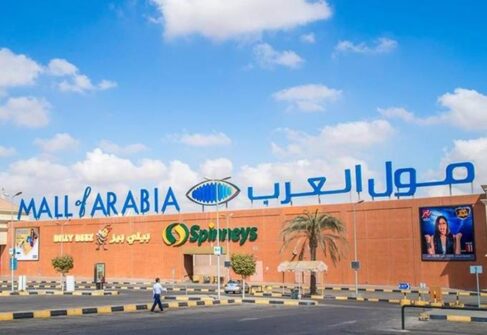 Among the first of these for their size and influence, we may indicate the Arabia Mall in Cairo, Egypt. Classified as the largest business centre in Africa, it occupies a total of 267,000 square metres. It belongs to a Saudi organisation called Fawaz Al Hokair and has parking space for 9,000 cars. Located in Piazza Juhayna, it has 12 entrances. South Africa hosts several shopping centres. Canal Walk shopping centre is located in Cape Town. It covers 141,000 square metres and has more than 400 outlets with a vast selection of household goods, luxury goods and jewellery. Again, in South Africa, covering an area of 131,000 square metres and with room for 6,500 cars, the Mall of Africa is to be found in the cities of Waterfall, Midrand, and Gauteng.
It is valued as the largest monophasic commercial centre in Africa and is owned by the Atterbury Property group. 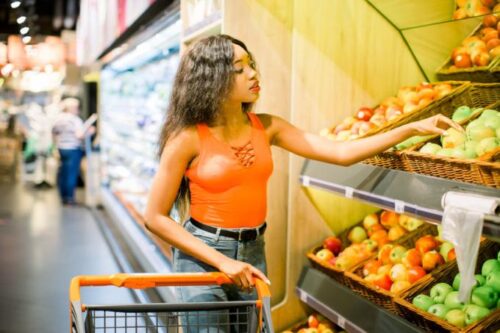 Situated in Nairobi, Kenya, the Two Rivers commercial centre takes its name from the two rivers that cross it. It covers 65,000 square metres of 1,700,000 square metres of land that has modern residential houses, world-class hotels, and an amphitheatre with 3,600 seats. The commercial centre, just 29 kilometres from Jomo Kenyatta International Airport, opened its doors in February 2017. It is the largest business centre in central and eastern Africa.
The West Hills Mall, located about 30 minutes outside of the Accra CBD in Ghana, is one of the largest malls in West Africa. West Hills Mall covers over 93,000 square metres.  The mall also has a large entertainment and recreational gallery that can host open-air concerts and theatre shows. The West Hills Mall was opened in 2014.
The Morocco Mall business centre, instead, covers 70,000 square metres and is the supreme destination for shopping and entertainment. Located in Casablanca and counted among the five best centres in its category, the ambitious project implemented by the AKSAL and the Al Jedaie groups has become a monument of pride for Moroccan youth who see it as a symbol of the rebirth and innovation of the country. (Open photo: Outdoor goods stalls at Kaneshi market in Accra, Ghana. ©waldorf27/123RF.COM)