The long-awaited bridge spanning the Gambia River will open in July. The facility, which is set to revolutionise travel and trade in the region, will also improve the relationship between Dakar and Casamance.

It took almost 50 years, decades of discussions and a strong contribution from the African Development Bank. But eventually the bridge, which connects the north and south banks of the Gambia River, is there, ready to be crossed by next July.The Gambia is a strange geopolitical reality, one of the most striking results of the European colonialism in the continent. This small country is 48 km wide at its greatest width, it is a narrow strip of land that winds its way along the banks of the homonymous river, creating an enclave in the Senegalese territory. This territory was the British colonizers’ commercial base to access the slave market in West Africa. 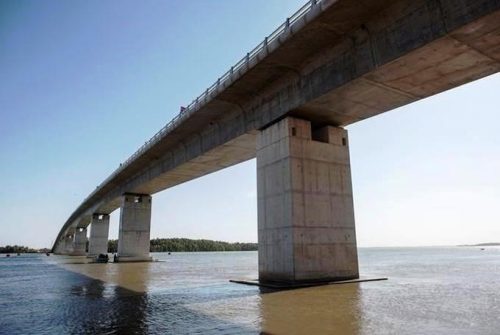 According to legend, the distance of the borders from the Gambia River corresponds to the area that British naval cannon of the time could reach from the river’s channel. Today the colonial empires no longer exist, but an uncomfortable legacy often characterized by lack of infrastructures has remained. This is the case of the Gambia, whose homonymous river could only be crossed by using extremely dilapidated car ferries. This means that, before the opening of the bridge, despite there are several ferry crossing points along the Gambia River at many small terminals as well as the main one at the Banjul Ferry Terminal on the Atlantic coast, and the Farafenni Terminal in the inland, it could take hours depending on border checks and ferry wait times, or even weeks for trucks and heavy vehicles to cross the tiny country.

Casamance: less isolated at last
The bridge is a safer, quicker, and alternative route to the risky ferry crossing or the long detour between the northern and southern parts of Gambia and Senegal. The facility is expected to reduce travel time, boost trade and unite communities that were previously isolated. For years, many Senegalese living in the capital, Dakar, and other parts of the north had to drive for hours to skirt around Gambia or wait in long lines for a ferry to reach the isolated southern region of Casamance, which has always been affected by the physical and administrative ‘distance’ from the Senegalese political centre, due to the cumbersome presence of the foreign enclave and its chronic lack of infrastructures. 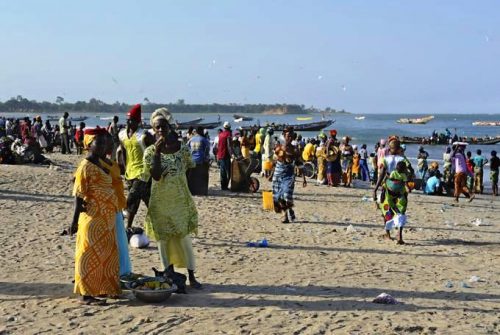 The Casamance region is the southern region of Senegal which, although connected in the East to Senegal, is separated from the rest of Senegal by The Gambia. In 1982, resentment about the marginalization and exploitation of Casamance by the Senegalese central government gave rise to a still ongoing low-level conflict between the government of Senegal and the independence movement in form of the Movement of Democratic Forces of Casamance  (MFDC). The 1.9km bridge near Farafenni connects the two halves of The Gambia, while allowing the inhabitants of northern Senegal to easily reach the Senegalese region of Casamance to the south.
Until now, the crossing was done with an unreliable ferry or it was necessary to take the almost 400 km road to circumvent Gambia. Truck drivers could spend days, and sometimes a week, in a queue to cross the river, which meant a huge loss on perishable goods. “It is now possible to travel from Dakar, the capital of Senegal, to Ziguinchor in Casamance in about five hours, instead of a full day or more”, explains Modou Mbaye, driver of one of the several seven-seater collective taxis, the most popular public transportation among locals. 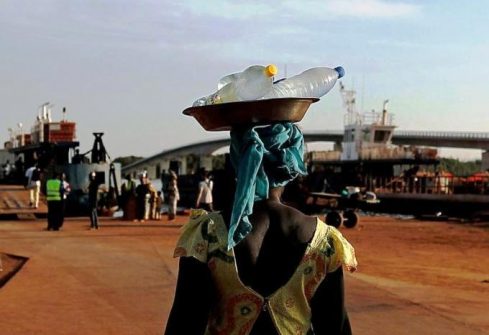 The bridge, was started in 2015, and cost a little over 75 million Euros. The facility was financed by the African Development Bank, and in a smaller part by Saudi and Emirate funds. The hypotheses and proposals for its construction date back to the time of the independence of the country from the United Kingdom, in 1965. Its realization has also important political implications, marking a very significant step forward in the relations between Gambia and Senegal, as well as a relevant political and economic recovery of the Gambia, a nation which is still affected by the 22-year authoritarian regime of former president Yahya Jammeh, in exile since 2017, who was accused of having plundered the state coffers. “Commencement of this bridge dates as far back as 1970. However, due to several political and practical problems, construction didn’t start until 2015,” explains Mamadou Samba Diallo, head of the project division of the Senegalese infrastructure ministry. “I wonder if former president Jammeh really wanted the bridge… fortunately, the facility is now there”, he concludes.