It may be a small and insignificant place but Tumaco, in the south west of the country, has its ‘importance’ on the world stage: the city is the largest producer with 19,546 hectares under cultivation, 11% of the country’s production. In recent years, it has held the dubious record of the city with the most murders in the Latin American region.

The Comboni Missionaries first went to Tumaco in 2004 with the aim of accompanying a country inhabited mostly by African Colombians in an area of armed conflict. As soon as they arrived, they settled in the outskirts of the city in a parish of displaced people who had left their homelands due to the violence of armed groups.
Tumaco territory was unfamiliar to most Colombians but has recently become well known for its violence and drug trafficking.  It is not only far from the large centres of Colombian power, it is also anthropologically distant: the African Colombian population lives there, having been marginalised and excluded for many centuries. 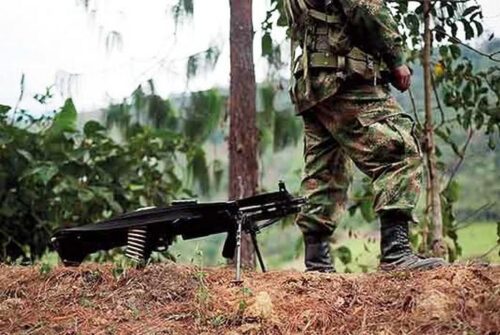 Some decades ago, they began to take part in the political, social, and economic spheres of the country. The first reason for this is that they are not a minority but represent 20% of the population; the second is that they are increasingly entering areas formerly designated for whites only. Also, within the Church, the Afro American people have gained strength in a lengthy process of inculturation and respect. Progress has been made recently after centuries of marginalisation and repression. Colombia, however, has not yet an African Colombian bishop.
The diocese of Tumaco is vast with few access roads. Most of the region is accessed by sea using the rivers flowing into the Pacific. The rural communities have no electricity, water supply or basic services. The schools are few and far between and there are no well-run health centres. The seriousness of the situation emerged with the Coronavirus. Uncounted thousands of infected people fell victim to the virus. 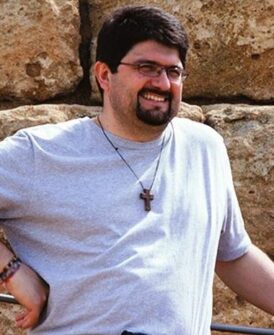 Since the year 2000, various paramilitary groups have competed for the territory using the threat of arms to control the drugs trafficking, provoking many victims.
The Combonis chose to live in an existential periphery and this has put them to the test. Father Daniele Zarantonello who has lived in Tumaco for 17 years tells us: “It is hard to see signs of progress from the human or pastoral point of view; it is hard to speak to young people about ‘dreams’ when the situation does not allow them to dream. It is a complex matter to think of making investments or setting up social projects when one will be immediately subject to extortion by armed groups. We have chosen a different way of being here: we are a presence, a light and we are also the ‘anonymous resistance’.”
At least 271 leaders of the community in Colombia have been killed since the peace accord was implemented early in 2017, while armed groups continue to force their way into territory abandoned by the FARC, especially in Tumaco. Many have been killed while trying to defend their territory against mega-projects (palm oil, oil, gold, timber, water) or for having dared to dream of a land free of narco-trafficking. It was the instigators of those projects who brought the paramilitaries to Tumaco – unscrupulous mercenaries who for years have violated an entire nation.

At the service of the Local Church
Father Zarantonello recalls when he first went to Tumaco: “We wanted the people and the country to be the inspiration for our presence here. We therefore began to organise a parish with all it structures.  Over the years, we created three youth centres in the more violent quarters of the parish. In the Viento Libre quarter, together with the leaders of the family groups, a small school was created to work in the field of ‘education in a time of emergency’. The project is entitled ‘Educating on the Streets of Viento Libre’ and aims at accompanying the more problematic and vulnerable children. 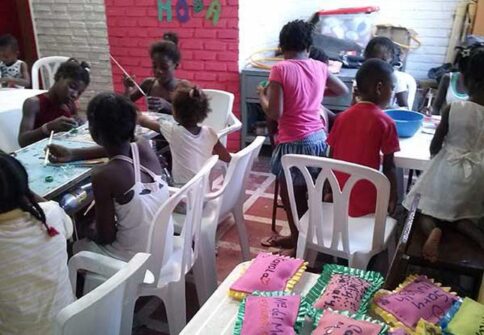 After the paramilitaries left the area, we began to work with the leaders of the community in the Panama quarter to set up a ‘small trade school’, also providing school classes, personalised accompaniment, and formation in Christian and community values using the pedagogy of tenderness, skills, dancing, music, and art.
In the Nuevo Milenio quarter, we created an African Colombian Youth Centre. It is a meeting point for the quarter providing formation in spirituality, culture and peace using dance, music, a library, youth groups, catechesis, family groups, the Sunday celebration of the Eucharist and the ‘Afropacífico’ football school.
The parish church is located in the El Carmelo quarter and there we have organised the Saint Daniel Comboni youth Centre with a library, school assistance, an internet room, a group of extraordinary women and the singing group Buen Vient.
They sing their lullabies that speak of the problems of the community and the hope and faith with which they face them. We provide spiritual assistance to everyone who comes to the parish with all the required catechesis, family groups, devotional groups and movements”.
Besides the parish work, the Combonis seek to accompany the diocese of Tumaco by reinforcing the coordination (EDAP, College of Consultors, Vicariates) and some pastoral areas (catechesis, youth and vocational ministry and social media). 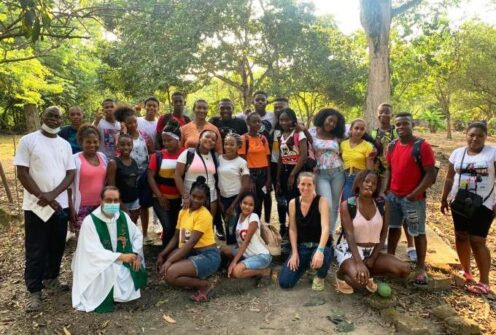 Fr. Zarantonello continues: “It is our wish to reach the human existential peripheries where ‘life cries out’, as the Latin American Confederation of Religious (CLAR) says. We therefore try to reach the rural areas of our diocese regularly, visiting them and keeping in touch by means of the diocesan radio ‘Mira’, or by promoting three-monthly courses of formation for animators and catechists”.
The missionary concludes: “All these activities involve many people, and we are not afraid of hard work because, in every ambit and every project, we are always small communities of faith and action. The whole orientation of our work is to create a committed community of lay people within a Local Church that is both missionary and prophetic”.  (D.Z.)