Whatever tensions exist between Israel, the USA and Iran, they will play out in Syria first. The strategy will focus on preventing Iran from deploying of missiles in Syria and  Lebanon, aimed against Israel.

In effect, Israel will consider any provocation, real or fabricated arising from Syria as being directed from Tehran. In turn, Tel Aviv will seek to further consolidate its occupation of the Golan. The resulting framework is such that anything could escalate tensions with Iran in Syria, which Israel could use to articulate any type of action. Regardless of how aggressive its stance, Tel Aviv will always be able to present it to the world and its American clients/allies as defensive or preventive with limitless abandon.
The scenario represents the culmination of Bernard Lewis’s design, as described earlier. The recent events and ever clearer alignment of Israeli and American objectives in the Middle East, will no doubt deepen the current destabilizing efforts, reaching Iran, using ‘leverage’ from Syria. Of course, the defensive measures that Israel and the U.S. will take could well include a Ukraine, or Arab Spring like (Libya, Egypt, Syria, Yemen) plan to play the ‘democracy’ card, encouraging revolts in Iran to bring down its role as an autonomous power in the Middle East. The Israeli-American alliance considers Iran to be the last obstacle to Israeli supremacy across the region. Such is the scenario that contains within it the seeds of a major conflict. Iran, the United States, Saudi Arabia, Turkey, Russia and of course Israel have been fighting a proxy war in Syria. Indeed, describing the Syrian conflict as a ‘civil war’ misleading. 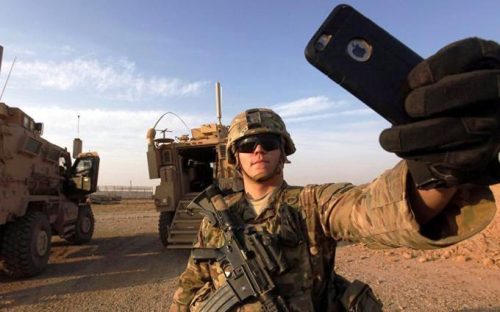 It’s an international war by proxy, the last of a series of mistakes that can be traced back to 1979 and the Iranian Revolution. The United States lost what was their second most important ally – Iran – after Israel in the Middle East. After trying to play the Islamic Republic and its main Arab enemy, Iraq, against each other in a war that lasted from 1980 to 1988, in 2003 Bush II eliminated Saddam Hussein secular Sunni power, handing power over a new Iraqi government, dominated by Shiite and Kurdish forces. The Americans achieved what seemed impossible in the 1980’s, align Syria and Iraq together with Iran, creating a virtual ‘Shiite crescent’ of political, economic and military influence. Now, Israeli PM Benjamin Netanyahu has brandished like a hunter at an African safari a trophy: the piece of an Iranian reconnaissance drone, which it shot down in the Israeli side of the occupied Golan. It was a Colin Powell moment that is a deja-vu from his infamous Niger yellowcake speech before the UN General Assembly in 2003. That’s when then Secretary of State tried to convince the world that Saddam has weapons of mass destruction (WMD) to build the casus belli against his regime. It’s unlikely the world – except for the U.S. and a handful of others – has swallowed Netanyahu’s Powell ‘impression’. Yet, nobody will have any power to stop Israel from obstructing Iranian ambitions.

The downing of an Israeli F-16 fighter jet returning from a mission over Syria (and a related incident involving an Iranian drone downed in the Israeli Golan) has raised the stakes for Iran, Syria, Israel and Lebanon. Increased the tension between Israel, the regime Damascus, Iran and other regional allies. Clearly, Israel now would prefer to keep Syria in chaos to allowing Damascus to regain control and restore to stability.
Tel Aviv calculates that this strengthens Hezbollah. Should Iran and Israel end up in a direct clash, the first shots, or the ‘Sarajevo’ moment will occur in Syria. 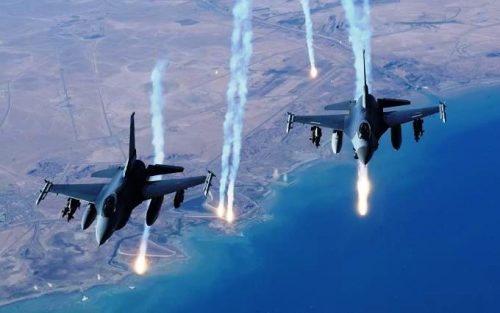 The evidence from Syria hints that rather than spontaneous, external powers steered and stirred the revolt against the Asad regime. Indications are that Libya and Egypt, if not Tunisia, were also ‘revolts’, planned many miles away from Tripoli or Cairo. Therefore, there’s little doubt that Tehran can expect similar manoeuvrings to fuel an uprising to bring down the Islamic Republic. Such an attempt may have already occurred as thousands of Iranians took to the streets in January 2018 in a similar pattern to what happened in 2009 with the Green Revolution. There’s one problem, however, with such a plan. However flawed, the Islamic Republic of Iran has strong institutions and a budding democracy. In other words, the people can express grievances and aspirations through official channels. And they can vote.
Iran has endured one major revolution and a series of coups and revolts in the 20th century. The Islamic and most important revolution, however, has been gradually turning Iran into a more sophisticated, if complex, country. Few realize, much less Trump, that Iran is closer to achieving democracy than most of its Middle Eastern neighbours. In many ways, Iran even boats greater economic diversity than its Arab neighbours. 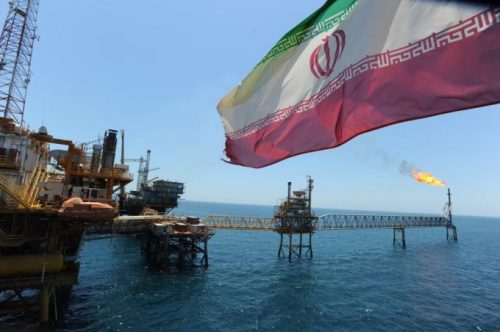 Years of sanctions have forced the country to be more self-reliant, developing many import substituting industries. The very fact that the Iranian military air force and airline (Iran Air) have remained operational, despite a ban on imports of spare parts, is but one example. Iran’s universities have continued to provide high quality education. Such is the context against which young Iranians, Iran’s Millennials, took to the streets in late December and early January.
They are not different than their western peers, they are as versed in social media and educated in a wide range of subjects. They are also politically active. That may seem surprising, considering Iran has no political parties per se. Yet, there are budding political currents. The Islamic Revolution was not monolithic; neither is the Islamic Republic. In the crudest terms, the Iranian Parliament features elected officials, espousing views that range from the conservative to the moderate and progressive. But, they can be reduced further to pragmatists and conservatives. President Hassan Rohani can be considered the leader of the pragmatists, those interest in advancing a gradual evolution of the current system toward greater democracy. Although, in a different post, the Supreme Leader, Ayatollah Ali Khamenei (he establishes who can and cannot run for the presidential election) is an arch-conservative. (A.B.)