The Nyota Centre in Bukavu gives hope to many young girls who have suffered oppression and violence. We visited the Centre.

In the large courtyard, we see some girls chasing each other while others are jumping over stones. In a corner, some little girls are drawing on pieces of paper. The climate is peaceful. Nobody could imagine that, behind those faces and those smiles of today, there are countless stories of so much suffering.
The eastern provinces of DR Congo have been a land of violence and suppression for more than twenty years, infested with armed groups who plunder the country’s wealth, sowing death, and terror.
Those who suffer most are the women, often children, the weakest and most vulnerable. To worsen the situation, there is also the misery in which a large part of the population finds itself. Hundreds of children end up on the street where they suffer all kinds of abuse because their parents are sick or are missing or simply do not have the means to feed them. This plague is fuelled by the disintegration of families broken up by the socio-economic crisis. 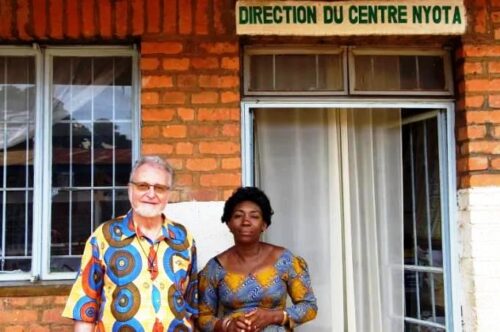 Father Bernard Ugeux with Noella Kadayi, director of the school.

“The young girls are victims twice over – Father Bernard Ugeux explains. After being abused, they are considered guilty for what happened to them: they are repudiated by the communities and left to fend for themselves”. Father Bernard, a 75-year-old Belgian White Father, has been working for more than thirty years giving hope to many boys and girls. Together with a team of lay Congolese, he manages the Nyota Centre, founded in 1986 by the Dorotee nuns, which today serves as a school and as a refuge for more than 250 girls fleeing horrors. “These are street children, victims of abuse and violence, orphans or the daughters of parents who are very poor or unable to raise them”.
These girls are brought to the centre by the parishes, by people of good will, by the police and by other young people who have met them on the street.“Every day the young women attend the Centre which provides social and psychological assistance, instruction, education and professional training. In class we teach French, mathematics, cutting and sewing, computer science and cooking – explains the director of the school Noella Kadayi – we support the girls in the process of reintegration into society and we look for foster or adoptive families willing to help them. We try to finance ourselves as much as possible through the sale of sweets or dresses made by the girls themselves”. 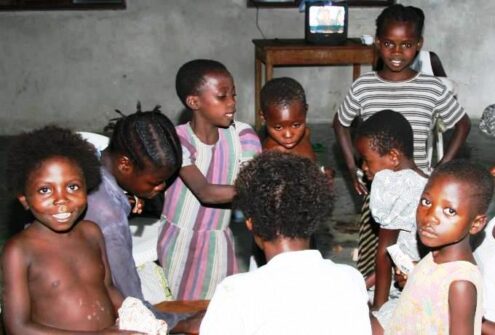 Father Bernard points out: “Many of these girls have been traumatized and must go through a process of resilience which consists in recovering self-esteem, emotional and relational autonomy, trust in society, and the ability to make plans. Those who have suffered the most severe violence need time to heal their inner wounds. Hence the need for 3 to 5 years of treatment”. “Our Centre demonstrates – continues the missionary -, that with the dedication of the staff and a holistic approach to resilience, real reconstruction is possible. Most of the young guests do not have an identity card, not even a birth certificate, so we have started a process to help them obtain identity documents, without which they cannot become independent after obtaining a diploma and learning a profession”. 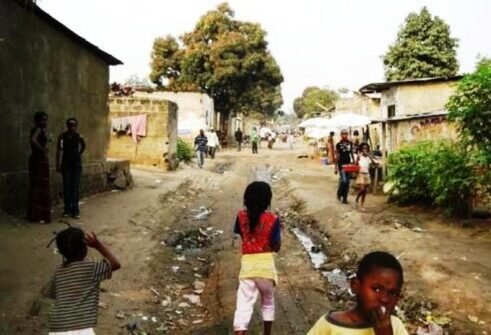 But the help is not reserved only for women: “we also want to support a vocational school for boys who work in the gold mines of Kamituga, in the diocese of Uvira”- explains Father Bernard.
Every year 30 young people learn the profession of carpentry and at the end of the year they receive a kit to start their own project.
The approach of the Church to the population is concrete because, says Father Bernard, “it is a question of being present among people, of listening to them, of being in solidarity with them, of giving them the support of the Gospel”. “Every day – he concludes – we try to take a small step together to get away from the nightmares of the past and rediscover the smiles and hopes for the future “. (Open Photo: Bukavu. CC BY-SA 4.0/ EMMANRMS)