The Jihadist movement continues its action attacking villages, destroying and burning houses, schools and places of worship. Cabo Delgado, a region rich in minerals and oil, is at the centre of their terrorist activities.

In recent months, the Jihadists have intensified their attacks. The number of deaths and of people fleeing to the forests increases daily. Only recently has the government of Maputo admitted for the first time the presence of combatants affiliated to Islamic State (IS) on its territory.
The National Council for Defence and Security, analysing the events that recently took place in the country, has attributed responsibility for the attacks to IS. In particular, it refers to the Islamic State of Central Africa (ISCAP), a terrorist cell affiliated to Daesh and active in the Congo. According to the African Union, the last months of 2018 witnessed ISCAP militants infiltrating the north of Mozambique, taking advantage of ties with local armed factions. 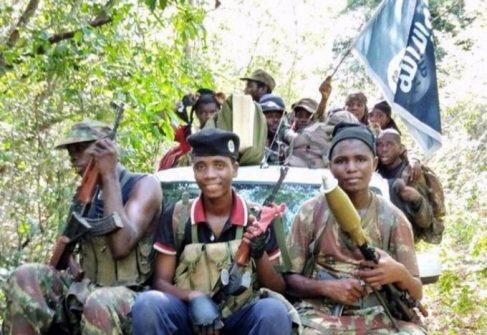 Since June of last year, the branch of Islamic State has claimed responsibility for some attacks in the region, publishing images of soldiers killed and confiscated arms.
The militant Jihadists have not only intensified the escalation of violence but have also declared their intention to establish a Caliphate in loco.
During their armed attacks, the Islamic fighters occupied government buildings, blocked roads and raised the Is flag over the places they had taken. In this context, the (temporary) conquest of the strategic city of Mocímboa da Praia, also situated in the province of Cabo Delgado, caused a huge stir.

A regional problem
The Jihadist violence started in 2017. The rebels soon succeeded to extend their range of action, carrying out attacks in various districts, corresponding to one third of the entire area of the province of Cabo Delgado. During their actions, the militants attacked especially the villages, causing so far, 1,100 deaths and some 200,000 refugees.
Locally, the armed group is known as Ansar al-Sunna.
Most of its members are from Mozambique with some units from Tanzania and Somalia. 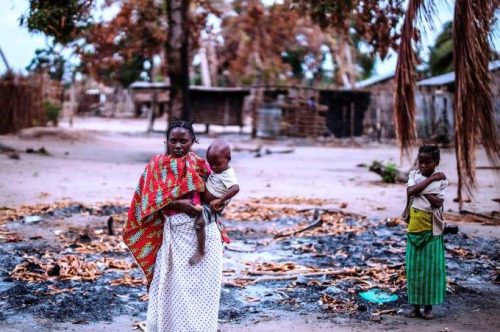 As time went on, the Islamist insurrection changed from a merely local threat to a regional problem, considering the ties that the Ansar al-Sunna leadership has begun to create with other terrorist groups of East Africa. Furthermore, the armed struggle has assumed wider connotations in light of the growing presence of foreign terrorists in the north of Mozambique, of which the members of ISCAP are one example. The Jihadist threat in Mozambique is to be placed in the framework of a context that takes into consideration a series of factors. From a political point of view, the African state is going through a situation of great fragility and its executive is continually being questioned by the opposition concerning fraud and corruption. As well as that, the opposition contested the results of the 15 October elections and the victory of President Filipe Nyusi (elected for a second mandate). 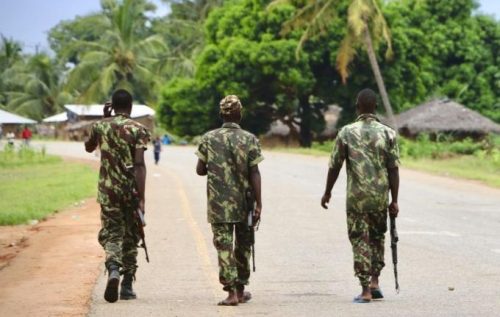 With politics stalled, there is also the problem of a poor security apparatus not properly equipped to take on the present Jihadist threat. The national armed forces are actually badly trained and have only a minimum of equipment. In order to tackle this situation, in 2018, the government had already signed a five-year agreement worth an estimated 750 million dollars, with the Frontier Services Group, a private security agency owned by American Erik Prince, the founder of Blackwater, accused of war crimes in Iraq. In October 2019, it was the turn of the Russian Wagner Group, already present in Ukraine, Syria, Libya and the Central African Republic. However, the latter seems to have pulled out due to the lack of an understanding with the Mozambican army. In April, a South African company, the Dick Advisory Group, came on the scene; using helicopters, it has already carried out airborne incursions against the Jihadist bases. 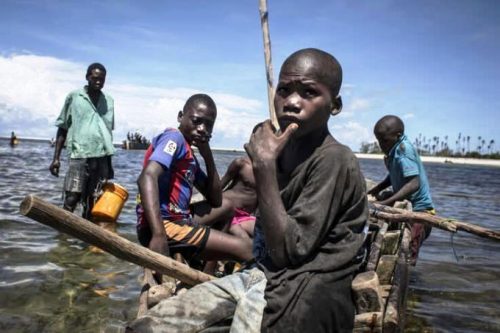 From the social point of view, this northern province of the country is marked by poverty and inequality, elements which over time have contributed to the increase of general intolerance.  In addition, social unrest has also been fomented by the perception that the government is corrupt and that the dietary reaction against the rebels is often brutal and indiscriminate. For these reasons, in the view of some analysts, the roots of the local insurrection may derive not so much from the diffusion of radical and violent Islamic ideology as the situation of social hardship in which the people live.
Discontent among the population is also increased by the region, rich in natural resources, receives but a small share of the profits.

A region rich in Natural resources
Cabo Delgado is in fact a region rich in natural resources. Mozambique at present exports 80% of all the rubies in worldwide circulation and it is estimated that the district of Montepuez, in the region of Cabo Delgado, contains 40% of known world reserves of rubies. Rare wood, precious stones and ivory are illegally but openly traded, in view of authorities that are incapable of controlling the country and are often complicit.
Another important element is gas.
In October 2011, ENI, the Italian hydrocarbons company, discovered enormous deposits of natural gas off the coast of Palma district. It was but the first of many deposit discoveries. 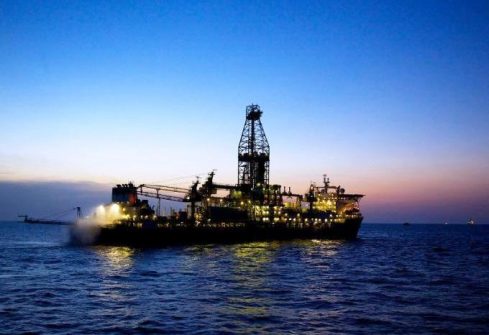 With, in 2019, an estimated 150 thousand billion cubic metres of gas, the coastal waters of Cabo Delgado are among the biggest deposits of gas in the world and could make Mozambique one of its major world exporters. Apart from ENI, the reserves are under the control of USA Exxon Mobil, French Total, Chinese CNPC and Japanese Mitsui. In June 2019 the American company Anadarko signed an agreement for a plan to invest 25 billion dollars, later detected by Total. A joint venture by Exxon Mobil and Eni has a similar project of the same value in the pipeline.The escalation of violence risks creating serious concern among the giants of the energy sector just as it is in danger of rendering vain the promise of the Mozambican government to make Mozambique the second largest exporter of natural gas in the world in five years.
According to analysts, future developments in the country will depend upon the ability of the national authorities to respond to the terrorist threat, and avoid Mozambique soon becoming a new Jihadist frontier. This is clearly an action that must not limit itself to military engagement but one that must also foster the development of social inclusion. In other words, what is needed is a complex intervention that goes beyond the mere question of security and takes into account different factors, from the political to the socio-economic. (C.M.)