Within Kingston, gangs involved in drug trafficking, extortion, robbery, and the exploitation of prostitution have their own well-defined geography of crime which, moreover, has undergone changes and changed its structure compared to the past.

To date, in fact, the ‘Dons’ of the urban areas have disappeared from the Jamaican criminal scene, including the infamous Christopher Michael Coke, better known as ‘Dudus’, head of the Shower Posse, sentenced a few months ago to 23 years of prison by the New York Court. The Shower Posse is a group halfway between organized crime and collusion with the political world. It was formed around the 1970s to launch and support the political career of the Jamaican Labour Party, with which it still maintains relationships and ties today. Immediately distinguished from the other Jamaican gangsters, it moved from controlling the streets and the local political electorate to business in North America, starting to create a small drug trafficking circuit. 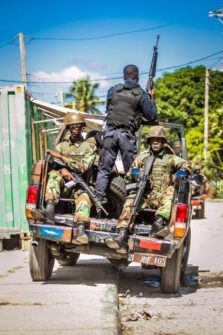 Kingston. Soldiers in the city on duty in the car. 123rf.com

The disappearance of the big bosses has given rise to a phenomenon of smaller aggregations that traffic on the local market, headed by the ‘Corner Dons’, small bosses who make the balance of power even more fluid and, consequently, less manageable.
However, some of the historical aggregations remain standing and well rooted in the territories to which they belong. Among these there is One Order, present predominantly in Spanish Town and strongly supported by the JLP which is opposed by Klansman, which is the garrison of the PNP.
In 2006, following the killing of boss Bun Man Hope, members of the organization razed the courthouse to the ground, giving a clear demonstration of their strength. The group also has branches abroad and in particular in New York, Toronto, and London.
In addition, the gangs also control the production and trafficking of drugs, thus generating an annual income of about 560 million. The country is a large cannabis producer, as well as an exporter to the US and Canadian markets. In particular, in the period between 1968 and 1980, production reached truly important figures, placing Jamaica among the top global producers. In the 1990s, the flow of cocaine and the production of marijuana constituted 7.6% of the national economy. In the early 2000s, albeit reduced compared to the period taken in question, activities related to the trafficking and production of drugs recorded important data, however, with revenues equal to 210 million dollars per year, 160 of which came from exports alone. In 2013 it was estimated that the hectares set aside for the cultivation of cannabis amounted to 15,000 distributed throughout the national territory and mainly in mountainous areas and along the tributaries of the Nera River. 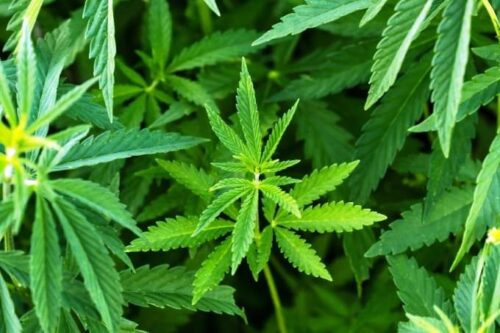 Furthermore, Jamaica, together with the Bahamas, represents an important transit corridor for cocaine bound for the United States and through which approximately 40 MT per year are said to pass. The security of this corridor is entrusted to the Jamaican gangs.
In addition to cocaine and marijuana, Jamaican hashish oil is also very popular on the market, the main target market of which is Canada, where large communities of Jamaicans reside who provide for the subsequent local sorting.
However, it must be pointed out that the extensive cultivation of hemp also corresponds to a vast internal consumption since, from a cultural point of view, it is understood as a singularly accepted phenomenon. This also explains the involvement in the production of many small producers for whom the cultivation of hemp becomes an obligatory productive choice. As a cultural element, it seems that hemp was introduced by immigrant Indian labourers who came to work in the sugar cane plantations abandoned by the Africans in 1838, after the end of slavery throughout the British Empire.
In fact, it seems that it was not previously known on the island and was assimilated by the rest of the population during this time span due to the cultural contact between the two ethnic groups on the plantations and between neighbouring communities. 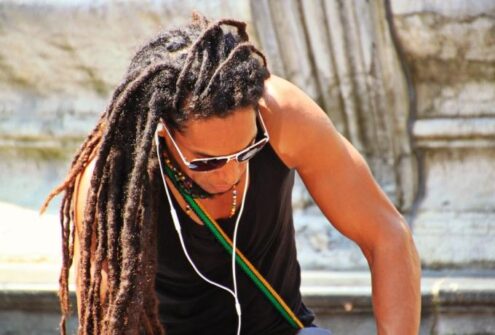 In the early 2000s, to deal with this phenomenon, the Jamaican Senate unanimously decided to set up a ‘National Commission on Ganja’ led by Professor Barry Chevannes, who in a few months developed a series of very clear recommendations, including the decriminalization of cannabis for personal and religious use, as well as the development of prevention aimed at young people and schools and, above all, the modification of the approach of the police forces. The top priority was to crack down on crack and cocaine trafficking and not persecute ganja users.
A final report was thus drawn up which was delivered to a special committee (Joint Select Committee) in charge of sifting through the proposals before presenting them to Parliament. In 2003, the committee forwarded the proposed decriminalization of hemp to Parliament but, although the majority of Parliament agreed, the examination of the project stalled due to the opposition of influential sectors of society represented by Attorney General Michael Hylton (who appealed to respect for international conventions).
That, above all, was due to pressure from the US government which interpreted this reform as a yielding to the war on drugs policy, under penalty of the threat to suspend economic aid.
Nevertheless, there is a steady commitment on the part of the institutions aimed at curbing the use of drugs among the population and in particular, among young people. In fact, it is estimated that over 187,000 Jamaicans consume hard drugs, particularly in the age group between 12 and 55 years.(Photo:123rf.com)