The pandemic is raging with fury in Rio de Janeiro, aggravating the ancestral problems of a city weighed down by the burden of its own contradictions. The economic crisis is worsening historical inequality, increasing violence, and limiting possibilities while there is a general feeling that the Marvellous City has no other choice but to grasp the last straws of hope.

The pandemic travels speedily among the narrow streets of Rio de Janeiro, penetrating both the residential areas of the rich and the most miserable slums, emptying the enchanting beaches of Ipanema and Copacabana. The city has recorded over 258,000 cases with almost 24,000 official deaths, a tragedy that overflows the city boundaries into the entire state of Rio de Janeiro where the death count rises to over 44,000. The slaughter in Rio is shared by the rest of the country, abandoned to the insufficiency of strategies of people who have done nothing to halt the new devastating wave of the pandemic, bringing the total number of victims to around 400,000. 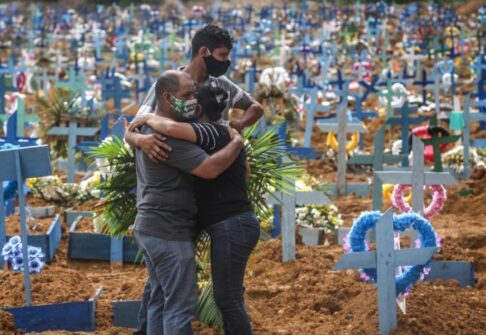 Now that Rio is submerged in a deadly emergency, how distant seems the memory of the golden years of 2014 and 2016, the World Cup and the Olympics that placed the city at the centre of the world to the great pride of a nation that dreamt of finally becoming well off. Incidentally, sport has always been Brazil’s ideal calling card with such iconic personalities as Pelè, Ronaldo and Senna. That which formerly overwhelmed the leaders of the country and created new ones, ended in a series of angry enquiries. Now Rio, and other cities, has begun to have their doubts about them, seeing how well the pandemic has revealed their ineffectiveness. The crisis is so overwhelming that it is revolutionising even the deepest beliefs of the soul of Rio, such as its Carnival which has never been just a parade of floats or people in fancy dress but an expression of the very heart of a metropolis destined to incarnate happiness, ignoring the shadows of sorrow hidden within. The risks are so great, the situation so serious, that the local authorities have been obliged to cancel it this year. 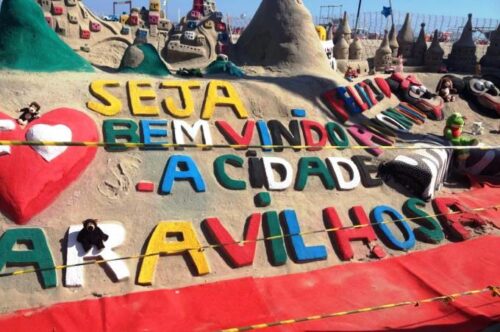 It was once a marvellous city, Cidade Maravilhosa, with golden beaches and crystal-clear seas, the emblem of permissiveness and freedom, of dancing on the beaches late into the night. The city is a mosaic of even greater contradictions already present in all their gravity even before the pandemic. The economic crisis that struck Rio five years ago when there was a raw materials crisis reveals devastating statistics. The city has experienced a GDP reduction in 2020 of 4.4%, greater than the national figure of 4%, greatly below the data of its eternal rival Sao Paolo, the economic heart of the country which last year recorded an increase of 0.4%. The figures for Rio are a cause for concern for the whole of Brazil, however, since the city produces 10% of the income of the nation. The economic decline has its origins in the distant past when the capital was moved to Brasilia. At that time, the loss of government jobs started a cycle of recession destined to reappear periodically. Today the unemployment rate in Rio among people aged from 18 to 24 is 14.5% (5 points more than the national average) and the public citizen debt is completely out of control. With a debt of around 29 billion dollars which amounts to 280% of its income, Rio de Janeiro is a city that stands on the edge of the precipice of bankruptcy, with all the consequences this brings, in the form of growth of inequality and widespread poverty which have again emerged during the pandemic.

Urban warfare
The economic crisis, besides aggravating the inadequate response to the pandemic, is opening other areas of the social fabric of Rio. This is a sensitive problem in a city that for decades has known social marginalisation and endemic poverty which have led to the creation of dozens of favelas that have piled up around the more exclusive quarters, with no essential services. These are authentic temples of misery where life goes on among drugs, shootings and violence that are only occasionally considered newsworthy, perhaps due to a successful footballer succeeding in finding a way out of such conditions. 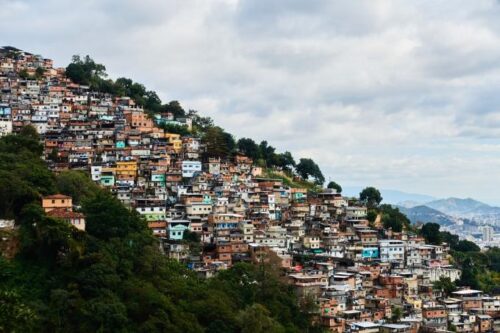 But the daily situation of favelas such as Rocinha, for example, tells a different story: one of a network of violence between drug dealers, the paramilitary militias who control entire quarters like mafia clans, and the response of the police that is often equally violent. The lines between the good and the bad are blurred due also to the endemic corruption that has resulted in the imprisonment of three of the last four governors of the state of Rio. The result is that about two million people live under the threat of violent armed groups capable of controlling 60% of the territory of the citizens. Initially formed to counteract the increasing violence of gangs dealing in narcotics, a mixture of former members of the police and the army, the paramilitary militias have, in effect, taken on the role of the state, imposing their own rules and laws, often abusively. It is calculated that from 5-10% of the real estate transactions in the quarters managed by these groups goes into the pockets of the members of the militias, while the security they ought to guarantee to the citizens of Rio seems dormant if we consider the 3,500 murders committed in cities in 2020 alone, for a total of 94,000 from 2003
up to the present day. 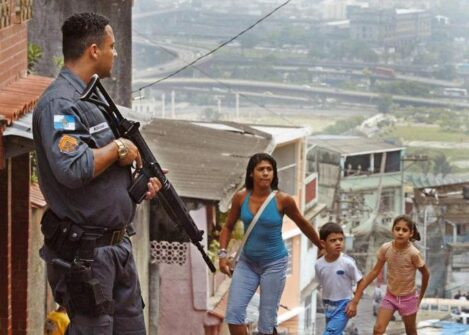 With a rate of 60 murders for every 100,000 inhabitants, the state of Rio de Janeiro is more dangerous than the whole of El Salvador. The excessive power of the militias is only possible because of the widespread corruption present at all levels of political and institutional power in the city, as already demonstrated by an impressive series of inquiries showing how such groups are supported, or at least enjoy protection and impunity, at the highest levels. It is the inhabitants of Rio, mostly the poor, who pay the price. They are caught in a crossfire between gangs among the most infamous streets of the most poverty-stricken quarters, while the police regularly show a lack of any scruples whatever in their use of indiscriminate force regardless of collateral damage.Based upon these data, it is not easy to imagine what future awaits Rio de Janeiro after the pandemic. 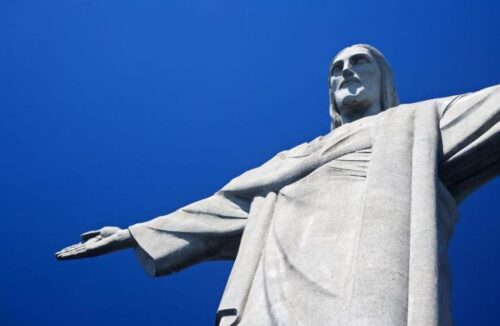 The feeble signs of hope of past years now seem to be drowned in a sea of corruption, violence, widespread poverty, and an unstoppable economic crisis. While the pandemic reaps its victims in a situation of general impotence, the city seeks to grasp at the slender straws of hope, and a beauty that fades with the passage of time. It is discovering that, underneath the display of ostentatious and forced carnivalesque happiness, there lies hidden the deep melancholy of an eternal favela against which it must fight in the hope that there may be something better in the future for Rio de Janeiro. The city has reached the last shore of redemption, perhaps one that has less in the way of golden dunes, but one that welcomes it with open arms like the statue of Christ the Redeemer that watches over the city.