According to the opposition, the referendum would be a “death warrant” for the 2000 Arusha Peace Agreement and increase the risk of a civil war.

The constitutional referendum scheduled for the next 17 May could prolong President Pierre Nkurunziza’s rule until 2034.
If accepted by the electorate, those constitutional changes would enable the head of state who has served already three terms since 2005 to stand for two further ones from 2020.
The proposed changes would also reintroduce the post of Prime Minister and reduce the number of Vice-Presidents from two to one. They also involve increasing the presidential term from five to seven years but would restrict the President to two consecutive terms.  The changes would also reduce the parliamentary majority required to pass legislation. Key provisions of the Arusha Agreement which meant to protect ethnic or political minorities, such as the need of two thirds or three quarters majorities for certain decisions will be dropped. Yet, the new constitution would not change the 60% quota of Hutus and the 40% quota of Tutsis and the minimum of 30% quota of women in the government and the parliament. Likewise, the 50% ethnic parity between the Hutu majority and the Tutsi minority in the army and in the police would remainted untouched. 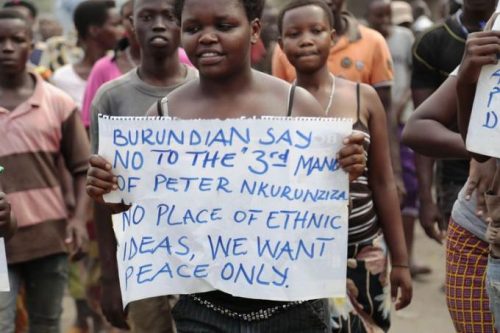 For the opposition such reforms are a “death warrant” for the Arusha Peace Agreement signed in 2000 under the auspices of the late South African President Nelson Mandela, which put an end to a civil war which claimed more than 300,000 lives between 1993 and 2006. The Arusha Agreement which is the primary source of inspiration of the current constitution clearly stipulates indeed that no president can serve more than two terms. And it was Nkurunziza’s interpretation of the constitution, arguing that he could serve three terms because his first one in 2005 was just a parliamentary appointment, not an election result that sparked in April 2015 the current political crisis.
Besides, the referendum would consolidate the nearly sectarian rule of the President whose wife, Denise, is the leader of the Church of the Rock. This evangelical church, according to the French political scientist Thierry Vircoulon, has become the  antechamber of the presidential power. All government members have joined this church whose reverends teach that Nkurunziza was chosen by God to become president. Reverend Denise Nkurunziza is blaming in her sermons those who “pray badly”. «God is on our side. Our enemy will not achieve anything since the one who is fighting me is fighting God”, declared her husband at a congress of the ruling CNDD-FDD party in June 2016. 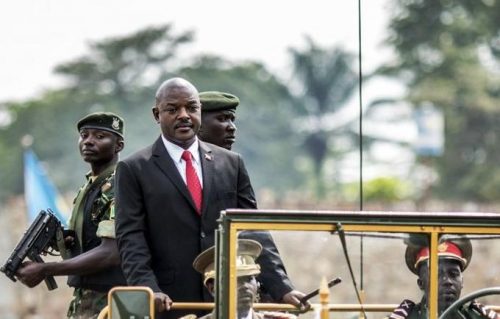 Nkurunziza has also been promoted as “Supreme Everlasting Guide” by the CNDD-FDD on the last 11 March in terms which compare with the North Korean cult of personality. No wonder that his critics call him ironically “his majesty Nkurunziza 1st”. But those who fail to pay they respect to the “majesty” get in trouble. Two local officials from the northern town of Kiremba were charged with “conspiracy against the president” in early March, after players from the Kiremba football team roughed the President, during a match against his “Alleluiah” team.
Observers predict that the “yes” will likely win with an overwhelming majority and that the 50 percent participation rate needed to validate its results will be reached. The official campaign will only start two weeks before the vote. But while the President, his wife and the ministers incite citizens to participate, the “no” supporters are not allowed to campaign. A climate of intimidation is prevailing all over the country, tells SouthWorld an executive of the opposition coalition National Council for the Respect of the Arusha Agreement (CNARED. Over the last weeks, dozens of opposition militants have been arrested. According to CNARED sources, the President even warned in a recent speech in Cibitoke that those who oppose the referendum, would be given “a passport for the hereafter”. Since the April 2015 revolt against Nkurunziza’s wish to run for an unconstitutional third term, the repression has been harsh. “Today nobody dares to move a finger in Burundi. The methods are even crueler than the mere assassination of opponents. Corpses are mutilated. The aim is to deprive the defunct from a decent death, even in the hereafter he will lack something. And the corpses are ostensibly exposed as deterrents. This is extremely disturbing in such a religious society”, tells SouthWorld a CNARED source on conditions of anonymity. 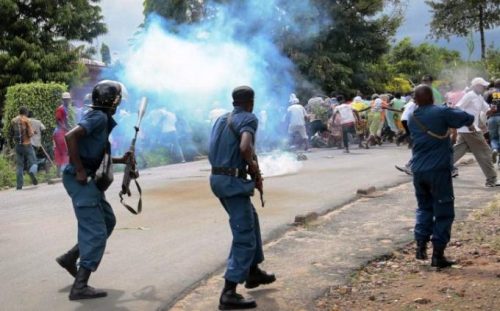 The opposition is also blaming the regime for the forced enlistment of voters. But the division of the opposition plays as well in Nkurunziza’s favour. The vice president of the Burundian Democratic Front (Frodebu) Léonce Ngendakumana campaigns for the “no”, whereas the party leader Frédéric Bamvuginyiumvira campaigns for the boycott as most of the CNARED leaders, because he considers that the competition is unfair.
Attempts to promote a dialogue between the government and the opposition have been ignored by the authorities. The government has rejected the call from the Roman Catholic bishops’ conference in September 2017 for the resumption of peace talks with CNARED. As a result, the relations have become quite tense with the government after the Catholic Church condemned the “diabolical doctrines” spread by “hypocritical liers”, of some of these evangelical churches, which support the regime. CNARED urged the international community to take initiative to prevent the referendum that threatens to dismantle the Arusha Peace Agreement. On the last 8 January, CNARED warned against the risk of a resumption of the civil war and of the rejection of the dialogue by Nkurunziza which could legitimate the activities of armed groups such as the FNL, the RED-TABARA and the FBP which fight for the return of the constitutional legality.  CNARED also urged the Burundian army to stand up and defend the Arusha Peace Agreement and the Constitution. Eventually, the opposition coalition urged The Hague-based International Criminal Court (ICC) to accelerate prosecutions against the authors of crimes against humanity in Burundi. 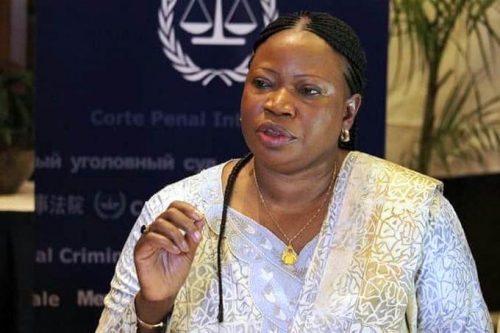 Yet, the armed resistance is in disarray. Two leaders of the rebel Forces populaires du Burundi (FPB), Jérémie Ntiranyibagira and Edward Nshimirimana were arrested in Tanzania and extradited to Burundi on the 22 October 2017. Burundi left the ICC on the 27 October 2017, after that the ICC authorised the Prosecutor, Fatou Bensouda to open an inquiry for war crimes or crimes against humanity committed since the beginning of the crisis in April 2015.
According to the Prosecutor, 1,200 persons were killed, thousands were illegally detained, thousands were tortured.and hundreds of disappearances have occurred between April 2015 and May 2017, 413,490 people sought asylum in the neighbouring countries.
EU’s sanctions including visa bans and assets freeze against some Burundian officials and the suspension of the bilateral cooperation with the government, do not impress either Peter Nkurunziza who relies on other partners. China will continue its support to Burundi told the press in May 2017 the Chinese vice-president Li Yuanchao during a visit to Bujumbura, arguing that Beijing does respect Burundi’s sovereignty. China which is coveting Burundian nickel and rare earth resources is namely financing a presidential palace, roads, schools and a 15 MW hydroelectric dam, on top of budget support and food aid. “No foreign country seems ready to get involved military to prevent Burundi to become an even harder dictatorship”, deplores SouthWorld an observer.
Meanwhile, the country is falling into the abyss, with a 65% unemployment rate among the youth, according to the UN Secretary General, Antonio Guterres. Three out of the eleven million Burundians relie on food aid for their survival owing to bad crops and the consequences of the political crisis. (F.M.)