In office since June 30, 2016, despite the criticisms, Duterte ‘the executioner’ seemed unstoppable.

After having won the election with an overwhelming majority, basing his electoral campaign on the fight against crime and street violence, he has implemented his programs with violent methods that have caused thousands of deaths. Most of these were drug dealers or drug addicts killed in clashes with the police, but many were victims of extrajudicial executions. About one million people have self-reported their use of drugs and were mostly released after a short period of detention. The situation has accentuated the reaction of organised crime put on the ropes, but also of political opponents who feared that the president’s ultimate goal was the imposition of martial law, as in the days of dictator Marcos between 1972 and 1981. 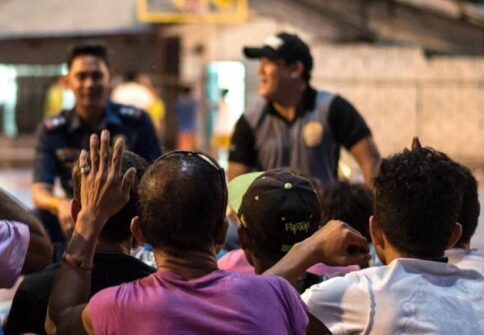 In essence, Duterte applied the same rules and the same lack of scruples applied in the southern metropolis of Davao, of which Duterte had been the first citizen for 22 years before running for the top office in the country. A city once plagued by crime, it would become for the outgoing president ‘a model of security and legality’ that was obtained with methods that were not only hasty but, in many cases, definitive, and also denounced by exponents of the Catholic Church.
It is estimated that a thousand common criminals, squatters and street children were eliminated by the police and vigilantes under the orders of Duterte who, having risen to the highest public office, extended the same methods to the entire archipelago, despite the opposition of substantial sections of civil society, the opposition, and the judiciary threatened and often silenced without scruple.
Senator Layla De Lima, one of Duterte’s most tenacious critics, has been in prison since February 2017, accused of having favoured the spread of drugs in the Bilibid super-prison near Manila while secretary of justice. She is accused on three counts, one of which lapsed, which she herself defines as ‘politically motivated’. 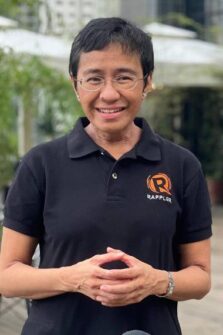 A setback for Duterte was the victory of the Nobel Peace Prize by the journalist Maria Ressa committed to uncovering abuses under the Duterte presidency and the repressive policies towards information, a contributing if not the actual cause of 23 killings of journalists and photojournalists in the last six years.
The president’s iron fist, the cuts and incentives granted to those who participated in the ‘war on drugs’ with guaranteed mandate and immunity for those who encouraged and carried out extrajudicial killings of abandoned victims in alleys and canals, is not just about those who carried out the crimes or some boss forced to surrender under penalty of retaliation against his family. Duterte imposed an autocratic power by threatening and intimidating political opponents and institutions openly and in no uncertain terms.
Among the groups opposed to Duterte, however, there were no economic and financial potentates. However, only the near future will be able to confirm the resilience of the Philippine economy. 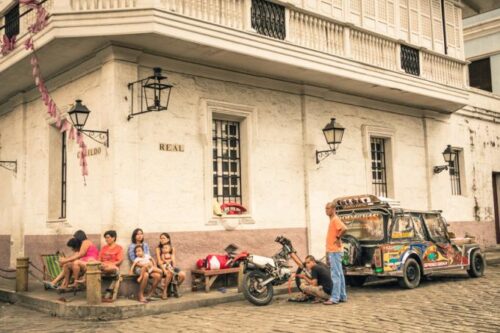 Manila. Everyday street life in the district of Intramuros. ©viewapart/123RF.COM

In fact, the investment and spending capacity of a population that officially lives 23.7 per cent in poverty and 64 per cent in food insecurity remains low, while domestic and international contingencies are further reasons for caution. Filipino expatriates are always in demand, as confirmed by remittances that have not significantly dropped during the pandemic season, reaching 30 billion dollars last year, but the fact that they remain so large is among the major indicators of the fragility of the system/country.In a certain sense, it is a sign of the country’s still strong dependence on foreign countries, which also applies to investments, loans, military, and diplomatic support that contribute to raising GDP, strengthening the stock market and giving Filipinos some hope that goes beyond the sometimes contradictory and often insufficient initiatives of their rulers.