Almost all the African constitutions declare their adhesion to Pan Africanism in their preambles and many governments include a ministry of regional integration, and so underline the primacy of a project of African unity.

The result has been a surprising institutional dynamism that has been active in the continent from 1960 to the present day, with the creation of more than 200 varied groups. Regional integration has become an alternative to the failure of the nation-state and national development. Nevertheless, this enthusiasm stands in stark contrast with the slowness and weak level of bilateral and multilateral cooperation among African states.Even though important steps at continental level have been taken with the creation of the African Union (AU), the adoption of the New Partnership for Africa’s Development (NEPAD) and the launching of the Africa Continental Free Trade Area, we are still far from having supranational projects. 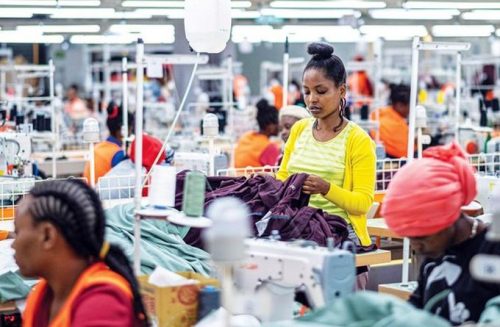 Workers operate sewing machines at a garment factory at the Hawassa Industrial Park in southern Ethiopia.

The process of regional integration is a dead end due to its attachment to national sovereignty, the lack of political will, the lack of complementarity between interest and extrovert economies and, especially, because of the mistaken approach of free exchange based on imitating the European Union (EU). This shows how African integration is carried out from abroad – the US African growth and Opportunities Act (AGOA) or the Economic Partnership Agreements (EPA) of the EU – rather than by the continent itself.
In the face of such confusion, it is necessary to opt for a new approach to integration which takes into account the meso-economic aspects, in particular the strategies of advanced countries’ cultural areas, homogeneous and linguistic areas that are complementary and with overlapping customs unions, in fact, between two or more states, like a unifying osmosis; the creation of physical horizontal infrastructure to connect people and states; as well as the institutionalisation of trans-frontier migration and the above-mentioned popular economy. 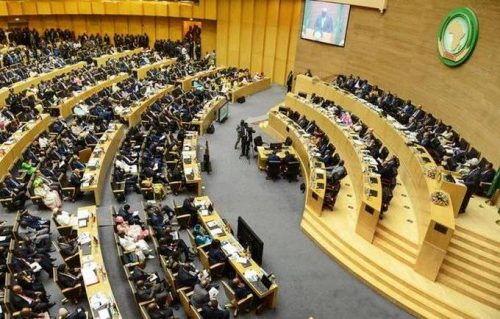 Ethiopia. Delegates attend the opening session of the 33rd African Union (AU) Summit at the AU headquarters in Addis Ababa.

We have to move from ‘Armed Pan-Africanism’ or the economic colonisation of some countries by others, as we have seen and continue to see in the region of the Great Lakes, to ‘Cooperative Pan-Africanism’. It is necessary to foster the complementarity or cooperation / integration of African countries, to improve the social and economic conditions of peoples for the benefit of all. The curse of natural resources must be ended and transformed into its opposite: a blessing for them.
The union and/or the unity of African states on a continental scale, from plurality and diversity or decentralisation from within and outward federalism, makes up the background of the Pan-African ideal of Kwame Nkrumah, of Patrice Lumumba and Cheikh Anta Diop, which now concerns its recovery and concretisation in a globalised world.
Faced with the ineffectiveness of Pan-Africanism on the part of the neo-colonial state, imperfect and devoid of meaning, we must foster a new Pan-Africanism – neo Pan Africanism: to promote development and unity initiatives from below; for the people, who have found solutions to their problems of daily survival at the margins of the state and the international community and, finally, to tackle the challenges
of globalisation.

Participative democracy
In the early eighties and nineties, the processes of democratisation were imposed in Africa, replacing the faulty one-party systems, according to western criteria of liberal democracy and the market economy.
The equilibrium that can be reached today with these processes is controversial. In some cases we may speak of improvements – there is no going back – while in others things have ground to a halt due to fraud, electoral manipulation, patronage, restrictive electoral laws, constitutional changes, the authoritarian manipulation of institutions and pre and post-electoral violence. If we look on the bright side, we must emphasise the emergence of a civil society that is dynamic and in difficulty, the role of the media in the reawakening of public awareness and the counter-power role of opposition parties. 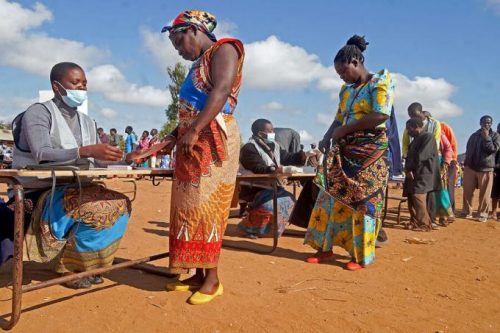 Nevertheless, the democratic process is fragile since it is located within an economic crisis. Political democratisation has not been accompanied by economic and social democratisation. Democracy has been limited to multi-partyism, formal electoral democracy, and to freedom of the press. Besides, in some countries ‘democracies’ have been established, formal democracies and secret dictatorships, ‘republican monarchies’, when children follow their parents as heads of state, or constitutional amendments, constitutional and institutional coups, to perpetuate their power.Only four countries have sound democratic institutions: South Africa, Botswana, Namibia and Mauritius, with significant progress in Senegal, Benin, Ghana and Ethiopia.
Solutions to the problems of development and democracy in Africa must not be identical to those adopted in Europe but must be inspired by traditional structures adapted to the situations of the peoples. It is time to replace the market with the social, to place economic development at the service of social development in line with the African culture of democracy and development: an inclusive democracy inspired by African values and lived in ubuntu (humanism).

Second independence
Africa needs a second independence or liberation since the first, being only imaginary, gave rise to neo-colonialism and internal colonialism.
According to Ali Mazrui, the Western model was imitated, instead of indigenising or adapting foreign values to local needs, cultural diversification or the defence of the national interest. In other words, Africa needs modernisation without becoming Westernised. 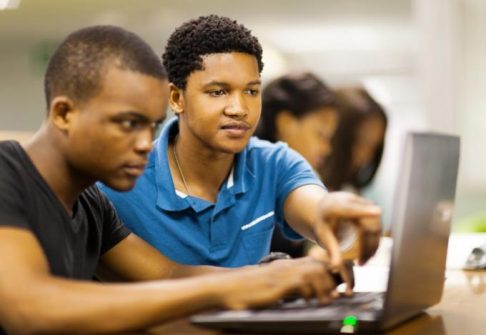 It is necessary to have a strategy of liberation and resistance against peripheral capitalism which has led to a truly ‘catastrophic economy in Africa’, which must define its own vision of the state, development, democracy and of unity and establish the societal project suitable for Africa.This new strategy must consist fundamentally in reconciling end-federation, internal federalism with exo-federation, external federalism, so as to create large spaces of political and economic sovereignty, with the aim of achieving internal development and reinforcing  African power within the international system.