There are over one hundred priests serving on the African continent who have left the Patriarchate of Alexandria (Egypt) to move to that of Moscow. The Russian Patriarch Kirill I, very loyal to Putin, was responsible for the manoeuvre, in opposition to Tawadros II of Alexandria.

There are one hundred and two priests serving in 8 African countries who have moved from the Greek Orthodox Patriarchate of Alexandria to that of Russia. With this change, the Russian Patriarchate officially created its own Exarchate in Africa. Twelve countries in the two dioceses of northern and southern Africa: Egypt, Sudan, Ethiopia, Eritrea, Djibouti, Somalia, Chad, Cameroon, Nigeria, Libya, Central Africa, and Seychelles. 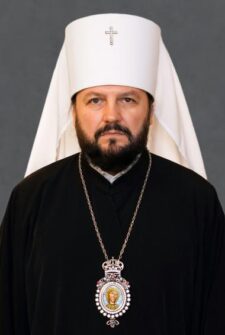 Archbishop Leonid of Yerevan and Armenia.

The Moscow Synod appointed Archbishop Leonid of Yerevan and Armenia as ‘Metropolitan Klinsky and Patriarchal Exarch for Africa’ with instructions to administer the Metropolis of North Africa and to temporarily administrate the Exarchate of South Africa.
With a single move, the architect of this manoeuvre, the Patriarch of Moscow Kirill I, has achieved two objectives. He appropriated international support for the autocephalous Church of Ukraine, the result of the Orthodox schism of 2018 (triggered in 2014 by the Russian occupation of Crimea) and recognized by the ecumenical patriarch of Constantinople Bartholomew I, and dealt a severe blow to the authority in Africa of the Patriarch of Alexandria, Tawadros II, who last August, on the Turkish island of Imbros, had extended his hand to the autocephalous metropolitan Epiphany of Kyiv, marking the definitive breaking-point with the Russian Church, already matured in 2019.

The Patriarch of the Kremlin
Previously, fellow students at the Soviet University of Odessa, Kirill I and Tawadros II are therefore now at loggerheads. In his conversion campaign in Africa, the Patriarch of Moscow knows he can count on the unconditional support of the Kremlin. Kirill I is, in fact, part of the circle of those most faithful to Russian President Vladimir Putin. He has very close relationships with oligarchs and managers of the country’s most influential companies, including the oil giant Gazprom. 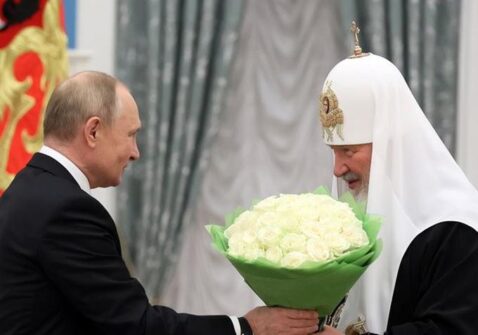 This loyalty has been recognized by the government, which in 2019 paid out about 43 million dollars to renovate his residence in the former imperial palace in St. Petersburg. The Moscow Church has been cultivating contacts in Africa for years. The latest conquered lands, as reported in an Africa Intelligence report, are Tanzania, Kenya, Uganda, Zambia, and South Africa. Among the parishes in Alexandria, there is that of Sergius of Radonež in Johannesburg (South Africa), led by Archpriest Daniel Lugovoy. Another hot front is Madagascar, where the Russian ambassador Andrey Andreev is raising funds to entrust a new church to priests linked to Moscow.

Great Lakes disputed
The 102 refugees are the result of diplomatic pressure ordered on the occasion of a previous synod held in Moscow on 23 and 24 September last. Since then, Kirill I’s choice in Africa, Bishop Leonid – chosen not by chance for this role after representing the Russian patriarchate in Alexandria between 2004 and 2013 – has never stopped. In mid-November, he was in Dar es Salaam, where he met Metropolitans Dimitrios of Irinoupolis, the reference person for eastern Tanzania, and Jeronymos of Mwanza, for western Tanzania. During his visit, he was accompanied by the Russian ambassador to Tanzania, Yuri Popov, who in this country, particularly promotes the interests of the state company Rosatom in the local uranium fields. Leonid’s blitz had been anticipated, a few weeks earlier, by a tour of visits by Tawadros II, who had first flown to Kampala (Uganda) for a meeting with President Yoweri Museveni, then to Tanzania together with the Egyptian ambassador Mohamed Gaber Abulwafa and the Greek honorary consul William Ferentinos, and finally to Johannesburg for an interview with the South African president Cyril Ramaphosa. 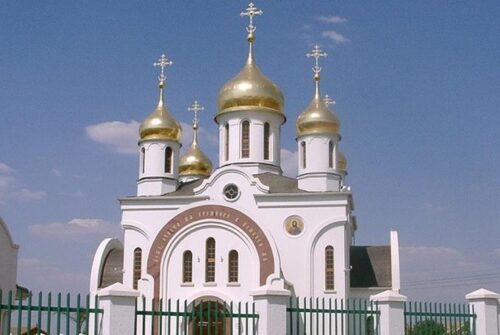 The Great Lakes region is the chessboard where the stakes between the two churches are highest. Between late July and early September, the deaths first of Metropolitan Nikoforos of Kinshasa and then of his counterpart from Kampala Jonah Lwanga, opened a delicate game for their succession. Those who manage to grab those comfortable chairs will, in fact, have access to one of the largest concentrations of Orthodox faithful in the entire continent. Moscow is very much interested. The governments of Rwanda and Uganda are among the main African buyers of Russian-made weapons, while the Alrosa group, specialized in diamond mining, is increasingly active in DR Congo. These are fast-growing businesses that the Kremlin wants to protect by guaranteeing religious leadership in the region.

The Central African front
While, in southern Africa, Zimbabwe, Angola and Mozambique remain under the control of the Patriarchate of Alexandria, which in this area depends on the Cypriot Archbishop Seraphim, the contest is still open in the Central African Republic. The small Orthodox community of the country has come under the Russian sphere of influence. And in the capital Bangui, the seventh Russian centre for science and culture is under construction, under the watchful eye of the private security company Wagner. This is also a sign that the current campaign is not just religious.

Patriarch Kirill has sent his strongest signal to justify his country’s invasion of Ukraine describing the conflict as part of a struggle against sin.  In his sermon recent he referred to gay pride parades organised in the west as part of the reason for the war.
On 12 March, Rev Prof Dr Ioan Sauca from the World Council of Churches wrote to Patriarch Kirill, appealing for him to mediate in order to help end the war. The Patriarch did not respond to this request, but in his reply spoke of a “large-scale geopolitical strategy aimed, first and foremost, at weakening Russia”. Meanwhile, Saint Nicholas of Myra church in Amsterdam is the first Russian Orthodox Church to break with Moscow. On 9 May, 280 Russian Orthodox priests from around the world signed a letter appealing for an end to the war and reconciliation.