Four years after the crisis sparked by President Pierre Nkurunziza’s determination to run for a third mandate against the spirit of the constitution and the 2000 Arusha Peace Agreement, Burundi has sunk into oblivion, isolation and dictatorship.

Burundi is a forgotten but ongoing crisis. On the last 21 February, 35 NGOs launched in Nairobi a call to finance aid to the 350,041 refugees then identified in the neighbouring states: 200,688 in Tanzania, 70,059 in Rwanda, 43,038 in DRC and 36,256 in Uganda according the U.N. High Commission for Refugees (UNHCR). The NGOs expressed concern for the general ‘lack of interest’ for this tragic situation: as a result, food rations have been reduced and in Tanzanian camps, classrooms are so overcrowded that lessons take place under the trees. 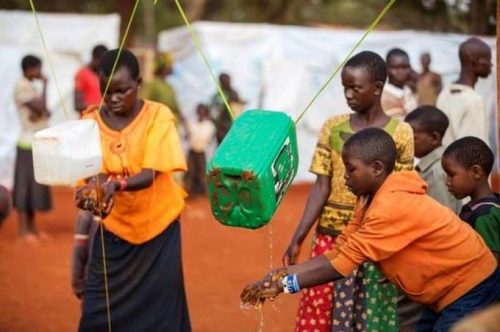 Oblivion is also threatening the victims of human rights violations inside Burundi where repression is likely to continue without foreign witnesses. Indeed, the UN High Commission for Human Rights was forced to announce on the last 4 March 2019 the final closure of its Bujumbura office, at the Burundian authorities’ request. During discussions over the situation in Geneva last February, the UN High Commission’s spokesperson Ravina Shamdasani, expressed concerned over the multiplication of such violations in the countries, mentioning homicides and 11,050 allegations of arrests ans arbitrary detentions between November 2016 and September 2018.
Besides, the government gave three months in September 2018 to foreign NGOs to implement ethnic-based quotas requisites for the recruitment of their staff. Some of them such as Handicap International preferred to leave the country rather than creating an ethnic database which reminds of practices which were in vigour before the genocide in Rwanda. As a result, the measure has considerably hindered of 130 international NGOs.

According to Human Rights Watch which also mentions rapes, kidnappings, tortures and intimidations of alleged opponents, most of the worse violations took place during the period before the constitutional referendum of the 17 May 2018 which allowed President Nkuruniziza to remain in office until 2034.
The UN Commission of enquiry on Burundi concluded that the authors of these crimes – the SNR National Intelligence Service, the police and the dreaded Imbonerakure militias of the President’s party – are operating in a general climate of impunity which is favoured by the the absence of independence of the judiciary. 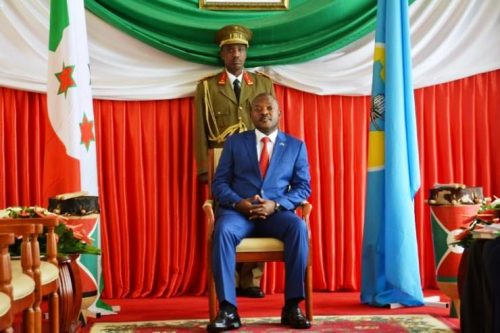 The Commission incriminated directly Nkurunziza by denouncing “recurrent calls to hatred and violence”. According to Human Rights Watch, the violence perpetrated in connection with the controversial referendum caused at least 15 deaths, but the real figure is likely to be much higher. Dozens of corpses were indeed found in the country in suspect conditions. Dozens of journalists and social society activists have gone into exile. One of them is the BBC Africa correspondent Judith Batusama after she reported that President Nkurunziza was promoted “Everlasting Supreme Guide” by the ruling party executives on the 11 March 2018. She had been blamed for that by the National Council of Communication which banned in April 2018 the online forum of the readers of the main independent paper Iwacu and in May the BBC broadcasts after the exiled human rights icon, Pierre Claver Mbonimpa, accused in a radio interview the President to have masterminded an assassination attempt against him and the murder of his son. Germain Rukiki, member of the ACAT group of Christians against Torture could not escape. He was jaile to 32 year prison in April 2018 for ‘rebellion’, ‘offense against the state security’, ‘participation to an insurrection movement’ and ‘attacks against the head of state’.
Burundi has become a hell for gays and lesbians. And on the political front, the future is a dead-end. The inter-Burundian dialogue between the government and the opposition which started in 2014 under the East African Community aegis has failed. In early February 2019, the facilitator, former Tanzanian President, Benjmain Mkapa threw the towel in after the boycott of the talks by Bujumbura officials. The opposition is facing lots of hurdles and harassments. Nkurunziza’s main rival, the historical leader of the FNL guerrilla movement protested on the 3 March 2019 against the prohibition of the inaugural meeting of his new party, the National Congress for Liberty in the capital. 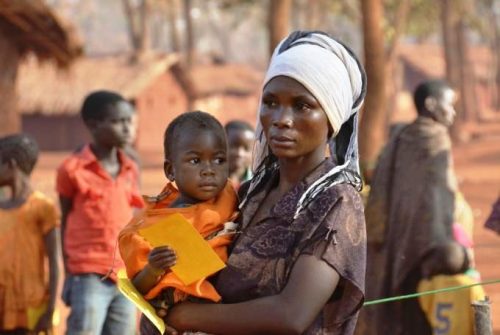 Meanwhile, The Hague-based International Criminal Court is continuing investigations on the crimes perpetrated in Burundi since 2015, which include at least 1,200 deaths accordingly. By December 2018, it had already received 1,700 claims concerning extrajudicial executions and other human rights violations, according to the SOS Torture Burundi NGO. Political instability is one of the main causes of the economic stagnation. After a 0.2% decrease in 2017, the real GDP increased by 1.4% in 2018, owing the raise of the coffee and tea production and improved performances of the services, manufacturing and agro-food sectors. But tourism and the hotel sector are in deep crisis.
For 2019, the African Development Bank foresees only a 0.4% GDP growth and alarming budget deficit of 9% which may even overtake 10.3% in 2020. Agriculture production is vulnerable to climate shocks such as El Niño and EU sanctions are not likely to improve sizeable the picture. All this is not likely to attract foreign investors. According to the Rand Merchant Bank report of 2019, Burundi tanks at the bottom of the continent in terms of business attractiveness. This doesn’t bode well for the situation of poverty, specially in the rural sector and of large unemployment affecting mainly the youth. Likewise, conditions are not met to reduce food insecurity which affects 1.76 million people, at a rate which is twice higher than the African average, with dire consequences: six children out of ten are showing growth delays. 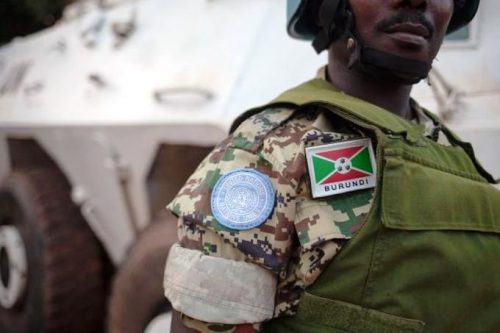 China remains an important partner. Yet, some of its contributions do not benefit to the people and reflect rather the will to cajole the head of state of a country endowed with strategic riches such as nickel and earths. A case in point is the US dollars 20 million presidential palace which was offered on the 14 February 2019 to Nkurunziza. The irony is that the new building which is in Bujumbura may never be utilized because the President decided in December 2018 to transfer the capital to Gitega, in the centre of the country.  Even soldiers are unhappy since a third of the US dollar 1,000 monthly wage of the 5,400 Burundian white helmets in the African Union Mission in Somalia (AMISOM) is being siphoned by the government, reports the OLUCOME anti-corruption observatory.