If we analyse the actual reality of the continent from a security point of view we can see that if the fight against terrorism and insurgencies in Africa seems to be the priority for external partners, there are others major security issues that are not managed properly. But foreigners are not giving them the same level of attention reserved for terrorism and insurgencies.

First of all, the risk of a conventional international conflict cannot be underestimated. The tensions between Ethiopia and Eritrea could lead to a full-scale war. But in April 2018, the tensions between Algeria and Morocco also increased. Rabat threatened to intervene militarily in Western Sahara if Saharawi groups (supported by Algiers) did not withdraw from this area. At this moment a war is still not likely, especially because the military balance is in favour of Algeria. According to Akram Kharief, a military analyst quoted by ‘Middle East Eye’ (7 April 2018), the two neighbours have more or less the same number of troops (150,000) but Algerian security forces are much better equipped (in terms of tanks, warplanes, etc.), even if, on paper, Moroccan security forces are better trained. But the escalation of the tones served as a memo that terrorism is not the only security issue that must be solved. 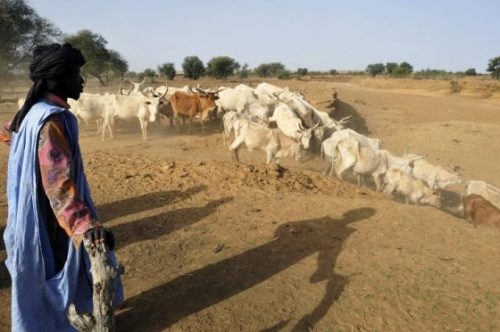 Another rising threat for security in West Africa are the clashes between pastoralists and farmers. Especially in Nigeria, but also in Mali, Niger, Mauritania, Senegal, Cote d’Ivoire and Ghana, the causalities of this kind of violence are increasing. Between 2012 and 2016 more than 2,500 people died in gunfights in sub-Saharan Africa. This phenomenon is fuelled by arms trafficking that is also a consequence of the ongoing conflicts in countries like Libya and Mali. Tensions between herders and farmers on issues like access to water and land, grazing paths, ethnicity and religions, have increased in these latest years to the point that the old dialogue mechanisms between the two groups are no longer used. The smallest incident leads to violence. Pastoralists are now routinely armed, and farmers have created self-defence militias. African governments are not yet able to manage those conflicts. Nigerian authorities imposed limits to the activity of nomadic herders in order to avoid contacts with farmers, but pastoralists are opposed to these measures that go against entrenched traditions. 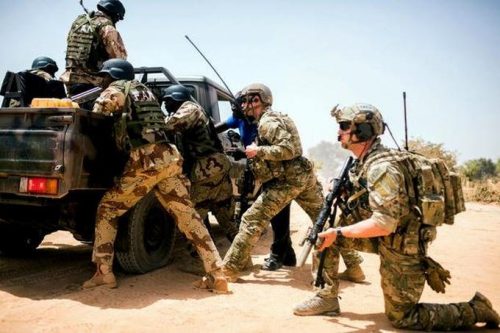 Terrorist groups and criminal organisations are exploiting the weakening of some of the states of the region. Mali is one of the most evident examples of this trend. Tuareg autonomists tried to separate the North of the country but opened the way to jihadists. Bamako lost the control of those areas where different jihadists groups found refuge. Only the intervention of French troops stopped the extremist march southward to the capital. Therefore, re-establishing the rule of law and eradicating phenomena like corruption and inability to provide basic public services are universally considered as pre-conditions to guarantee stability.
But some Western governments seems to prefer shortcuts. They are willing to cooperate with African authoritarian regimes to maintain stability on the continent, turning a blind eye to their deficiencies in providing public services and to corruption. Dealing with a dictator is easier and apparently quicker. But usually it implies a ‘give and take’ in terms of funding and political legitimation. Authoritarianism is also one of the elements that leads to the emergence of terrorist groups and insurgencies. Unemployed youths who find no job opportunity, feel oppressed by the regime and who cannot emigrate, could choose to join extremist or insurgent groups. That is to say, authoritarianism is also a source of instability. Establishing democracy and supporting economic and social development are, in the medium to long term prospect, the best tools to create stability and fight extremism. But they are expensive in terms of time and resources, and difficult to sell to the public opinion. It is also true that African authoritarian regimes can find help elsewhere (like China) if Western powers start to push for democracy. But the Westerners have many tools to influence the civic society and the populations of those countries and can support the oppositions. 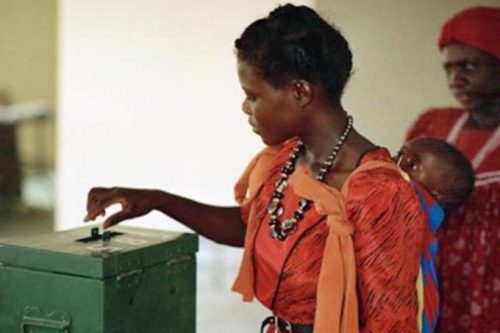 In these days ‘security’ seems to be the keyword for some Western countries where cooperation with African countries is concerned. Sure, security is a major issue that needs to be considered. In some countries (like Mali, Niger and Nigeria) insurgents and jihadists can push the entire system (politics, the economy, civil society) into a downward spiral towards chaos. Nevertheless, security remains only one of the elements of the many problems, together with bad governance, poverty and corruption.Western governments seem to acknowledge that military operations must be only one of the tools used to guarantee security in Africa. But then they prefer to rely only on troops. They also preach the importance of democracy and rule of law for the stability of the area, but then they support some authoritarian regimes that give a false idea of stability. This sort of double standard fuels resentments in the populations that help extremist groups to thrive.