When COVID struck, the impact on these two worlds was different. The middle class had a buffer, the poor bore the brunt of the pandemic and its effects.  In some ways, it can be argued, COVID accelerated was inevitable in the South African reality. The already sharply divided country and a failing state was further exposed by the pandemic.
South Africa’s already fragile economy was brought to its knees. The already dysfunctional health system was thrown into crisis and the huge gap between the rich and poor grew. To make matters worse, widespread corruption and looting of public funds, intended to buy protective gear for the medical sector by politicians, were revealed.
The health minister, Dr Zweli Mkhize, resigned from his job in the middle of the worst of the pandemic when it was shown that he siphoned off millions for himself and his family from public funds intended to fight the pandemic. 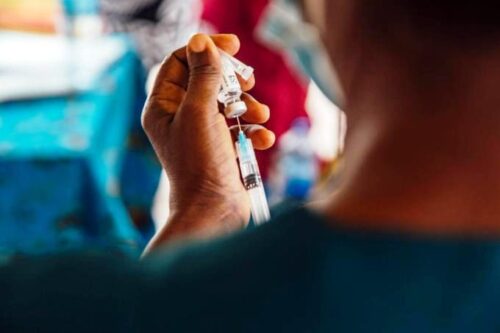 The COVID highlighted South Africa’s biggest challenge – one that was already a challenge pre-pandemic: its economy. Even in ‘good’ times high levels of unemployment and inactivity – especially amongst young people – was a problem. Out of a working-age population of 40 million, only 15 million South Africans are employed. This includes about 3 million jobs in the public sector (government).
COVID-19 deepened this crisis because low-wage workers suffered almost four times more job losses than high wage workers. Within months of the crisis, many low-wage earners lost almost 60% of their income.

The informal sector
In May 2021 Statistics, South Africa’s quarterly labour force survey revealed that in the first months of the hard lockdown (March/April 2020), about 2.2 million people lost their jobs. South Africa’s labour market lost about 200-million working hours between the first and second quarters of 2020. This is equivalent to more than 4.4-million weekly working hours.
South Africa’s poor bore the brunt of the fallout from the pandemic. The shutdowns by government and the lack of economic activity – as in many parts of the world – caused many businesses to close their doors permanently; they were not able to survive through the lockdowns. Many of South Africa’s poorest engage in and survive by working in the informal sector. Almost 18% of the total employed workforce in the country are working in this sector. 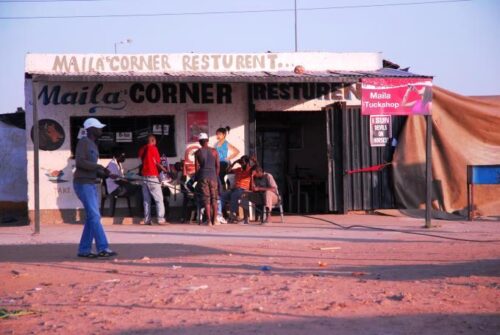 Informal businesses do not have savings and live ‘from hand to mouth’. There is no safety net, they have no recourse to government aid. They do not make a contribution to the country’s Unemployment Insurance Fund (UIF) and they are not entitled to the basic benefits of those protected by the country’s labour law. People in the formal sector who make a contribution to the UIF had recourse to some income through this fund.
It is estimated that one in two informal workers in the country lost their livelihoods during the pandemic. To complicate matters more, we must take cognisance of the fact that many workers have a number of dependents – older people, children and extended family. So, the loss of jobs may not only affect the nuclear family but the extended family too; this can at times amount to 30 people or more. 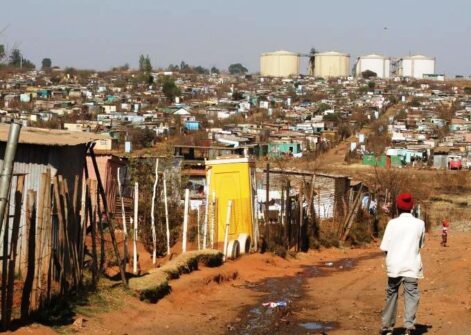 This is especially pertinent in the rural areas and many of the so-called ‘townships’ – the spatial/geographical separation created in the apartheid era to keep black and white people apart. Many of the townships, because of the legacy of apartheid and the incompetence of the government in South Africa’s democratic era, are still underdeveloped and therefore mostly inhabited by the poor.
Self-employed workers in the informal sector experienced nearly three times greater negative effect on employment than the overall average according to a study done by the School of Governance at the University of the Witwatersrand in Johannesburg (WITS). The COVID-19-induced employment loss essentially erased the last decade of employment growth in the country. The economic disaster brought by COVID will take a long time to recover.

Health Care
Like the economy, South African has a two-tiered, highly unequal health system. The majority of the country’s poor are catered for by the state-funded system – around 71% of the population. The private system is largely funded through individual contributions made to medical schemes and serves about 27% of the population. The public sector is underfunded and most people cannot afford the cost of private care. While the country’s Constitution would say all have the right to health, this is certainly not the reality in South Africa. 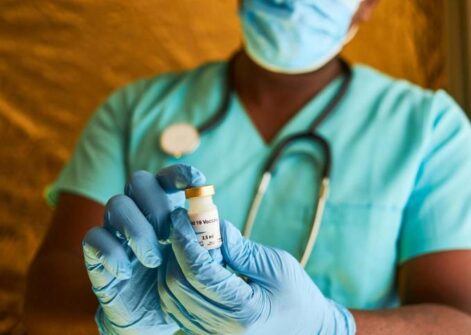 During the pandemic this was acutely shown in the fact that those with money had far more access to testing, oxygen and other necessary COVID-related treatments.
Just over 3.5 million cases of the virus have been reported in South Africa. 96 thousand people, according to statistics, have died. How accurate these numbers are can be disputed. Some would say, due to poor administration and no testing or non-reporting in rural areas, the number could be much higher.
An examination of the numbers per province shows that the poorest places in the country had much higher death rates. In the poor and most rural Eastern Cape (population of 6.7 million) there were 758 excess deaths per 100 thousand people in 2020. The most populous province, with the best infrastructure, Gauteng (population 15.4 million), had a lower death rate. There were 373 excess deaths per 100 thousand people in the same period.
One of the biggest lessons COVID taught South Africa was that poor health care at lower levels meant an increased risk of severe illness and death. The poor, because of their economic position, are generally malnourished and hence have less immunity to infection.
Comorbidities are a huge risk for COVID-19. If the health sector was more efficient and diagnosed and treated people living with, for example, diabetes at the community level, the outcome would have been better. If the country had a strong primary health care network with well-trained and competent health workers, the poorest would have stood a better chance when COVID struck. 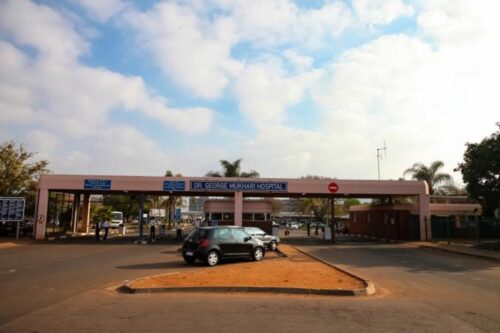 The health care sector has massive problems: first, the health care needs of the population exceed the capacity of the system; second, the vast majority of people do not know their health needs (they have no access) and so aren’t treated; third, the way the system is funded perpetuates massive inequality.
The very fabric of many state-run hospitals is poor. Buildings and infrastructure are falling apart and medical equipment is old. Many poor and sick people wait hours or even days for treatment in state facilities.
In order to deal with the pandemic, many hospitals stopped other services and focussed on COVID patients. People could not get treatment for basic health issues and some people could not access drugs – like antiretrovirals for HIV/AIDS. The drugs were simply not being dispensed or people, who had lost income, could not get to places to collect them. Many services like blood-pressure management, tuberculosis, diabetes and even cancer treatments were stopped to cope with the pandemic. This would impact life expectancy beyond COVID.
The already frail public health care system has been stretched beyond crisis proportions. There is a massive backlog of treatments that need to be done.The COVID pandemic has been bad news for South Africa. The burden on South Africa’s poor before COVID was by no means light. They now carry a heavier burden, one in which their basic humanity stands little chance of ever being realised.